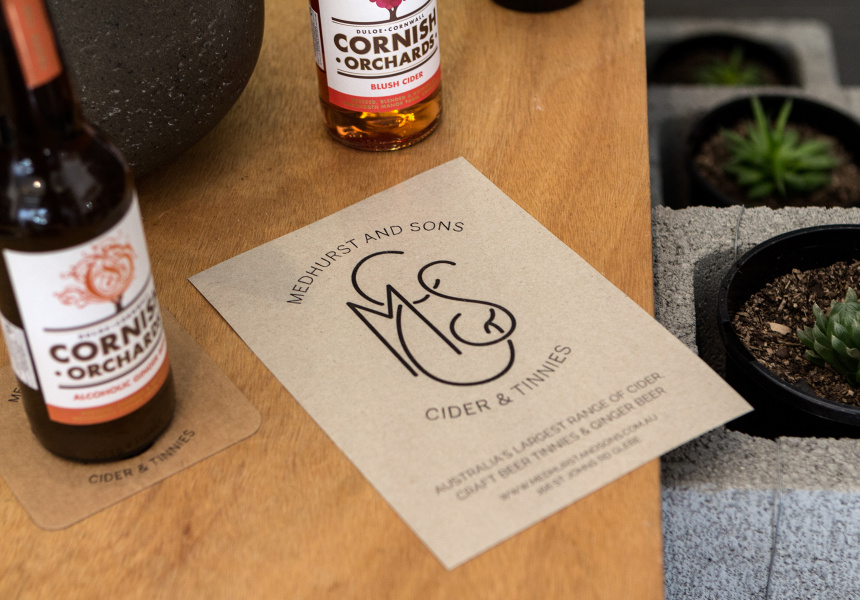 After working at bottle shops such as Beer Cartel, Kieran Medhurst saw a gap in the market for a retail outlet focused on his drink of choice. A drink growing in popularity, but one still hidden in a dark corner of most liquor stores.

In 2016 he filled that gap with Sydney's first craft cider shop in Glebe. Medhurst and Sons stocks around 100 different ciders. The range is focused on independent Australian producers, but you'll also find products from the UK, France and Spain. It champions small producers such as Custard & Co from Western Australia and Two Metre Tall from Tasmania. A selection of alcoholic ginger beers is also available.

Cans of craft beer are opposite the cider shelves. Why only tinnies? The question gets asked so often that Medhurst has filled a blackboard in the shop with the reasons: cans are better for the environment, they keep beer fresher and are easier to transport. Local favourites such as Young Henrys, Modus Operandi and Six String Brewing sit alongside beer from New Zealand and the US.