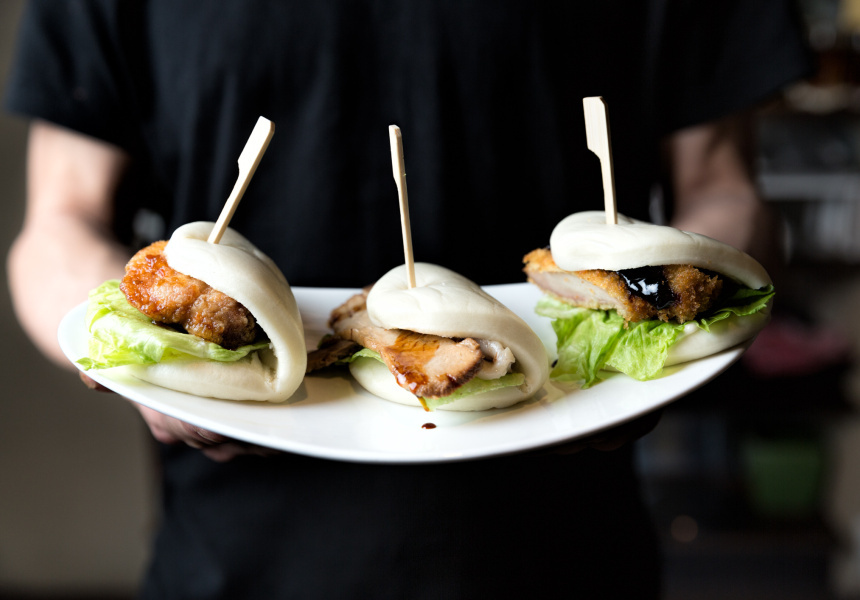 One of Sydney’s most popular ramen joints has a lesser-known little sister: Ramen Goku. The Glebe restaurant is an offshoot of Menya Noodle Bar, the cult Japanese noodle and don joint on Market Street.

Ramen Goku is named after an animated kung fu superhero with a hairstyle that looks like the Opera House.

The restaurant is largely the same as its sister, just smaller. It serves the same lighter-style tonkotsu broths; rich Tokyo-style chicken soups; and sweet, eggy dons. What is different is the baos. Unlike the city restaurant, here there’s a small range of Taiwanese baos, some with karaage chicken and others with chashu pork or battered soybeans.

Ramen Goku is also the nicer of the two venues. Rather than the generic outdoor tables and chairs like at Market City, there’s timber joinery, Japanese furniture and curtains inscribed with rough Japanese characters, which together are meant to evoke an image of Japanese ramen carts selling their wares on the street.