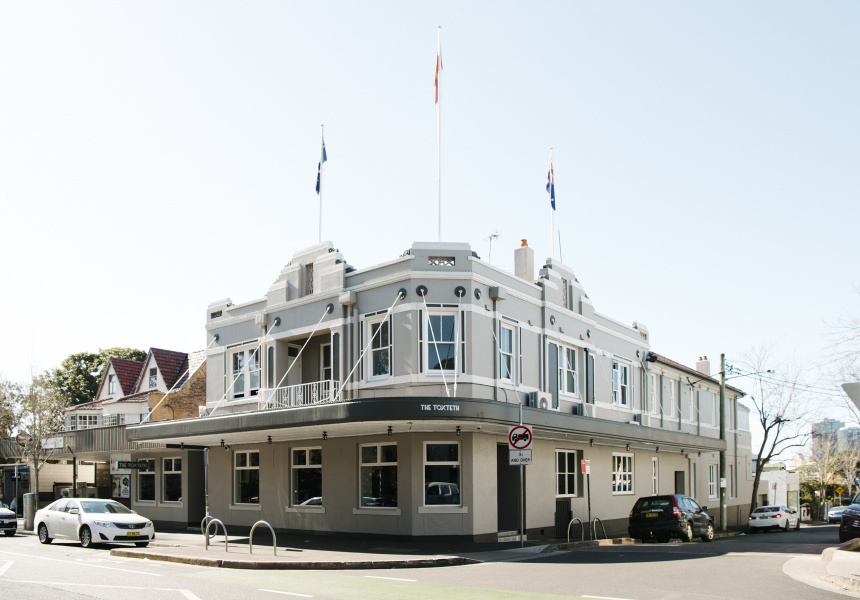 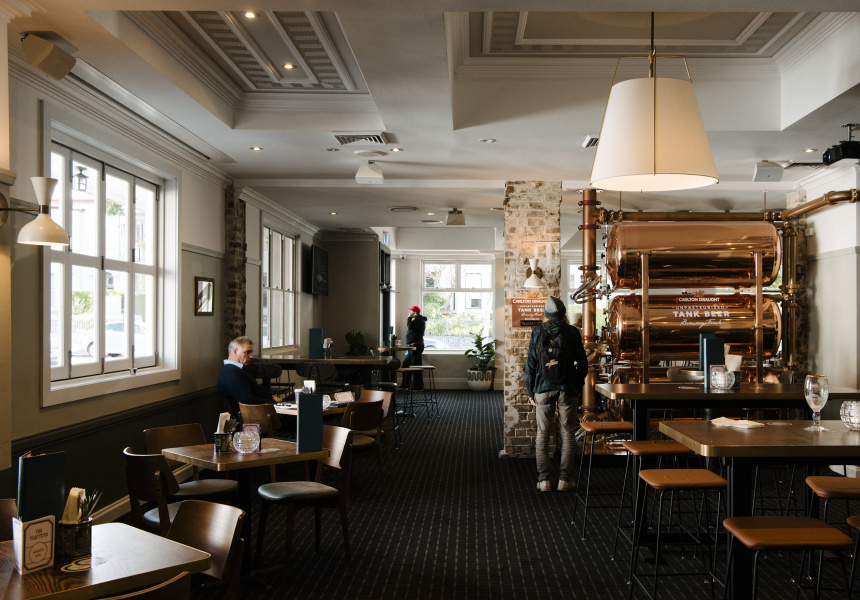 Ask any Glebe local about The Toxteth and they’re likely to have a story to tell. For Mitchell Waugh it was about working behind the bar during his university days.

In an aim to recreate the same experiences he had 25 years ago – and to revive the pub’s busier heyday – The Tocky, as it’s affectionately known, was given a much-needed makeover in mid-2018 when he took over.

To complement the pub’s existing exposed-brick walls, a soft, olive colour palette, copper fixtures, leather panelling for the bar and timber finishes were introduced. The courtyard has a retractable roof, which is used during the colder months.

Food and drinks are being served at its bistro, Sienna’s, named after Waugh’s daughter. And while there are still pub favourites such as a rump steak and chicken parmigiana, there are also 13 veggie options available as salads or hot bowls. The “Glebe Island” comes with lemon myrtle-roasted cauliflower, spinach, sauteed mushrooms, toasted cashews and chilli dressing. You can add a protein to go with it if you want.

The wine list includes organic makers such as South Australia’s Farm Hand and Paxton, a biodynamic producer in the McLaren Vale. There’s unpasteurised Carlton Draught beer on tap that’s pumped fresh from the shiny copper beer tanks installed in the main dining room. And there are Margaritas and Espresso Martinis on tap from the Lexington Hill Collection.

Upstairs is Little Birdies, a bar only open on Wednesday evenings with a DJ and cheap drinks all night. It can also be hired for private functions.