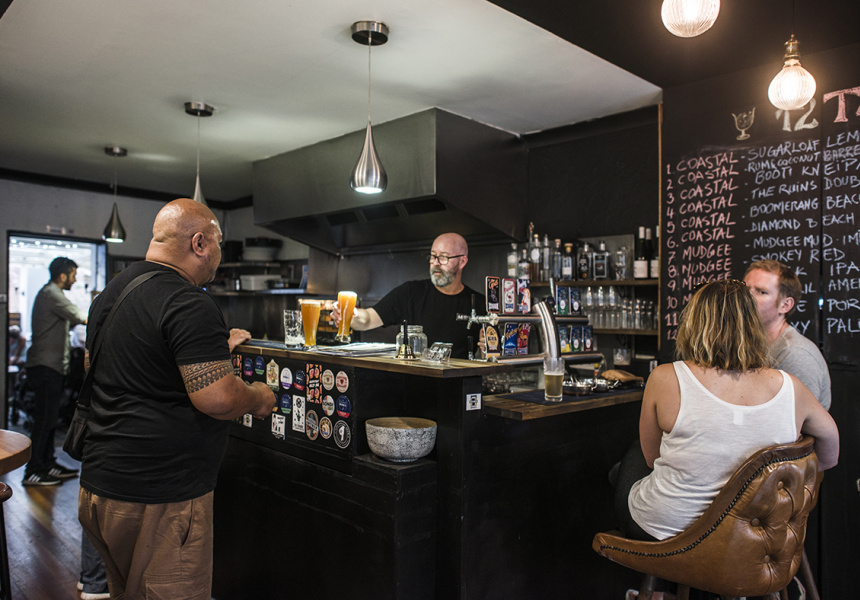 It won’t come as a surprise to Sydney’s craft-beer drinkers that the local scene is flourishing. The only issue is that, with so many up-and-coming breweries vying for limited tap space at inner-city venues, the whole industry is starting to feel the squeeze. Darren Common and Marco Vargas of 12 Taps hope to remedy that problem with their brew bar in Glebe.

As soon as you enter you can’t miss the chalked-up tap list featuring a dozen micro-brews you’ve probably never heard of. And that’s the whole point: to exclusively showcase emerging, regional and independent breweries wanting to break into Sydney’s crowded craft-beer market.

Common and Vargas, of Australia’s first co-op brewery Hopsters, in Enmore, have partnered with the Mudgee Brewing Company and Coastal Brewing (from Forster, NSW), and the two companies have some permanent taps pouring their beer. The others feature seasonal and small-batch brews of every style, so long as the brewery is independent.

Craftiness aside, the vibe is super casual and 12 Taps is very much a neighbourhood bar – a spot for local families, as much as the beer-nerd set, to relish the sunlit backyard beer garden. Like most venues on Glebe Point Road, this one has its Victorian-era brickwork and floorboards intact. Head to the second storey for Jacaranda views from the back window, or pull up on the balcony for the best seats in this former terrace house.