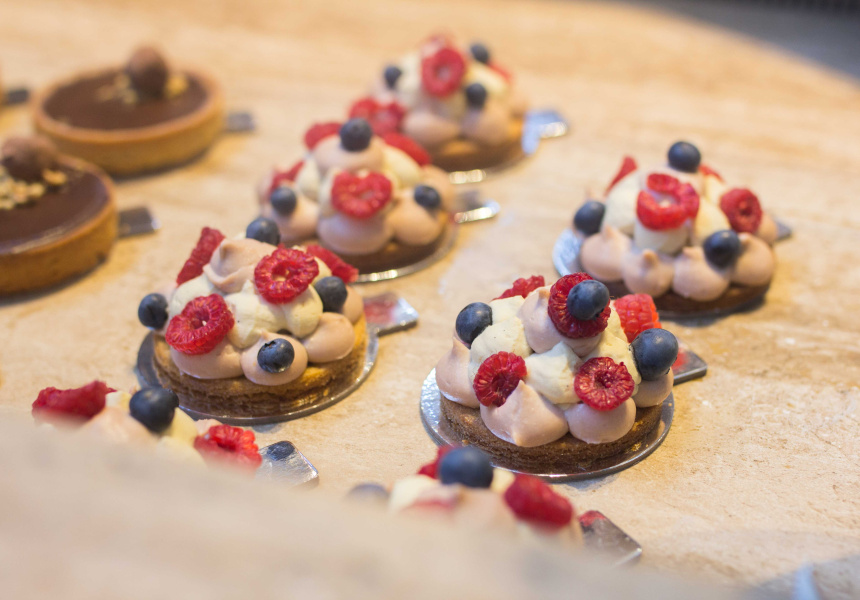 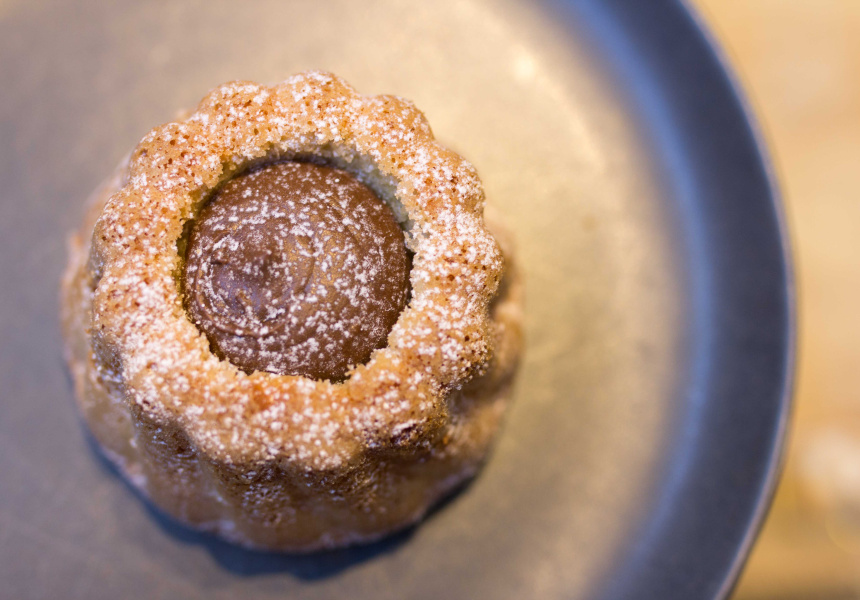 A passion to follow in his late father’s footsteps encouraged Cesare Salemi – known to most as Chez, a third generation baker – to open Dust with help from his close friend and Messina founder, Nick Palumbo.

The majority of Australian bakers use a grain called the Mexican Dwarf, which they roller-mill into flour. At Dust, Salemi is stone-milling an array of lesser-known grains on-site. Nicknamed Heidi, Dust’s stone mill was custom-built in Austria and is one of the largest commercial mills in the country. It’s being used alongside sister sifter Agatha to create artisanal breads from chickpea, amaranth and quinoa. There’s even an $18 village loaf made from a rare grain called bok.

Salemi believes using a stone mill in this way preserves more of the nutrients. He’s working with farmers and grain suppliers throughout the country on growing new varieties in a bid to shake things up.

There’s a rotating cabinet of pastries and doughnuts, a breakfast menu featuring bacon-and-egg rolls, and a lunch and dinner offering spanning slow-fermented wood-fire pizzas; schiacciata (Tuscan flatbread); and sandwiches – the wood-roasted bone marrow with capers and shallots on toasted rye is a standout.