A new pizza-focused Fratelli Fresh and a takeaway spin-off of Saké. 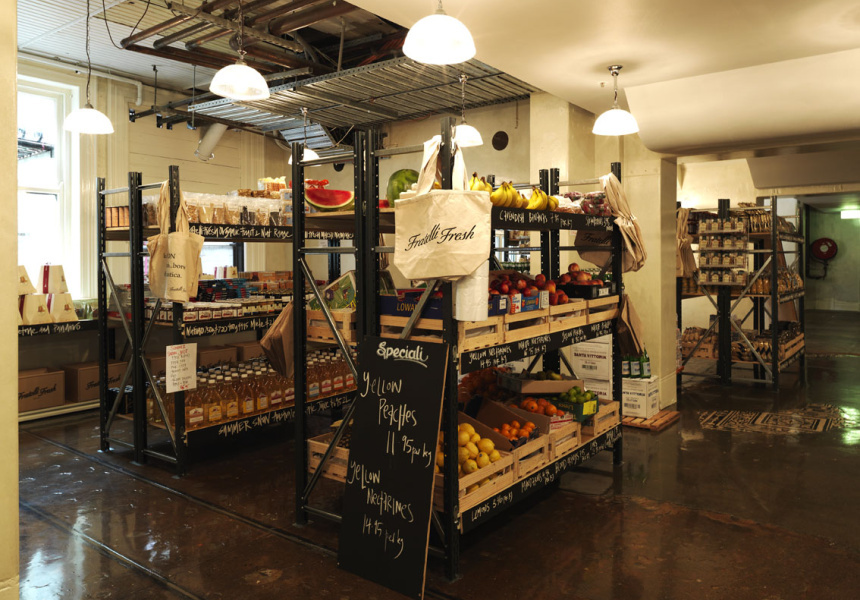 Saké Restaurant and Bar, The Rocks

The Fratelli Fresh restaurants, a Sydney favourite for Italian food, were bought by food and drinks giant Urban Purveyor Group (UPG) in April of this year. Founder Barry McDonald took on an advisory role. UPG is best known for venues across Sydney such as The Argyle and Saké Restaurant & Bar.

UPG will open five new Fratelli Fresh venues in the Sydney CBD this August. One will be in Westfield with an adjoining Fratelli Famous – the first of the new spin-off pizzerias where diners can make their own gourmet takeaway pizzas. These will feature a specially engineered 48-hour, natural yeast fermented sourdough crust. Toppings include apple-wood smoked bacon, Sicilian anchovies and caramelised onions. Fratelli Fresh is also working with Australian Brewmaster Bryan Watson to create a signature Italian-style beer, crafted locally.

An offshoot of UPG venue Saké, Saké Jr. will also open in Westfield, It will serve takeaway versions of classic Saké dishes as well as Korean-inspired built-to-order noodles and rice bowls, in a grab-and-go format.

In World Square UPG will open a new Bavarian Bier cafe and another Fratelli Famous pizzeria.

Martin Heierling, culinary director at UPG says the decision to take over Fratelli Fresh was a great opportunity to grow a brand already so trusted and well-known. “Fratelli Fresh was built from the ground up and it was very successful. We’re not changing the culture; we didn’t inherit just a name, we inherited a name that meant something.”

The new venues are slated to open in August.