An Unlikely Italian Joint in Alexandria

From the guts of a football-fan store, Zona Azzurri serves pizza proved for 72 hours and handmade pasta. 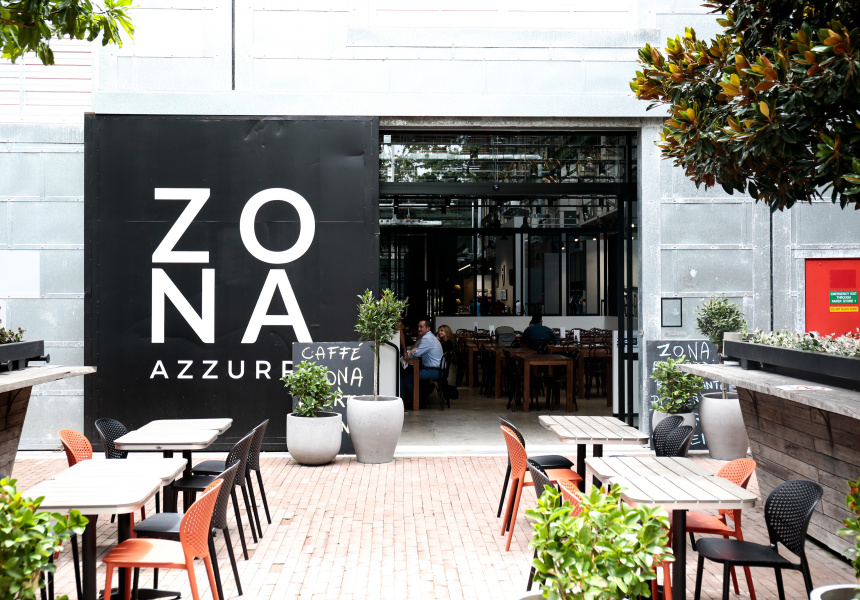 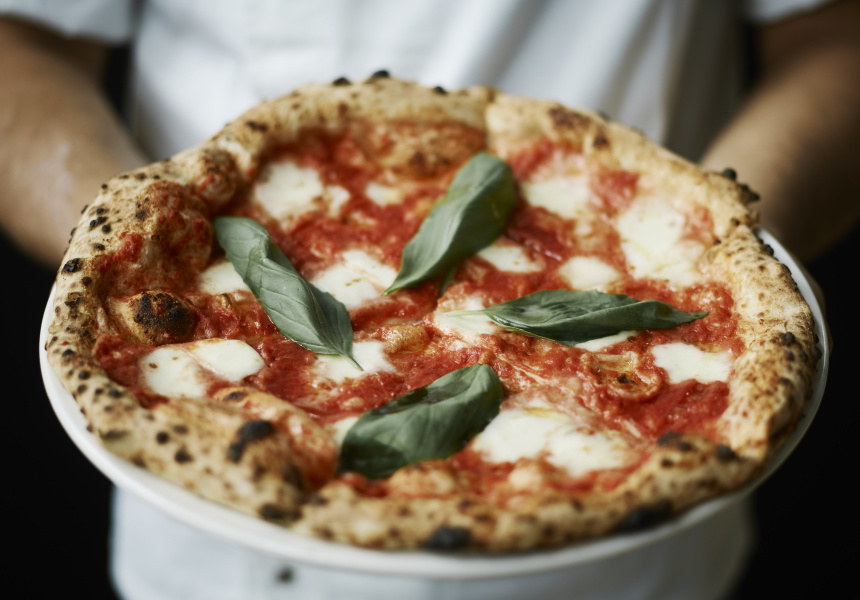 To some, football is a matter of life and death. Others say it’s more important than that. Whatever the case, the team at Zona Azzurri restaurant lives and breathes it – which is why it has set up shop inside the world’s biggest retail soccer space.

Inside the mammoth Ultra Football warehouse in Alexandria (next to Rocks Brewing Company), Riccardo Bianchini and his team have launched a diner that feels very much at home alongside Premier League guernseys, exclusive-release boots and an indoor football pitch.

Born in Melbourne and raised in Sicily, Bianchini has been serving Melburnians at neighbourhood venues DOC, Cafe e Cucina and Cucina & Co for over 20 years. He’s now brought his brand of stripped-back Italian to Sydney.

“Ever since I was six years old I’ve been a passionate football supporter,” says Bianchini, who has a tattoo on his forearm that commemorates Italy’s 2006 World Cup victory. “My other passion is what I do in the restaurant, so when Ultra Football approached me I thought, ‘What a dream to do that in a space that celebrates football’.”

But you don’t have to love football to enjoy Zona Azzurri. “The last thing I wanted was for this to become a sports bar,” says Bianchini. “It is a restaurant first and foremost.”

The menu is simple: woodfired pizza, handmade pasta, salad and salumi – and the dishes are executed with precision, creativity and ingredients that are fresh and of quality.

Head chef Leonardo Alfieri proves his pizza dough for 72 hours, which yields a delicate, crisp base that has a light, airy structure. They are then slid in a two-tonne pizza oven shipped from Naples that cooks a pie in a matter of minutes. Expect toppings such as Italian sausage, smoked scamorza (sort of like mozzarella) or friarielli (like a hybrid of broccoli and mustard greens).

Tomato datterino (long, small tomatoes) are from Bianchini’s childhood friend in Sicily and are the ultimate companion for the fresh-made gnocchi. The lamb – slow-cooked in white wine and served with hand-cut pappardelle – is named after the chef’s mother, Lucia. The guys behind the pans insist their’s could never be as good as hers.

There are soaring high ceilings and natural light floods the room. It brings warmth to the vast but smartly fitted-out space, which has a concrete floor and grated steel accents. Chefs knead dough and slice cured meats at the pass, which doubles as a long marble bar for diners to sit at and watch the pizza oven in action.

Down below is the dining room, filled with teak tables (handmade by a close friend) and a giant feature wall where daily specials are projected. No prizes for guessing what it doubles as come a big-game.

If you’re a football fan, you’ll be happy to know Juventus legend Andrea Pirlo’s organic wine label Pratum Coller is available. And if you’re not: it’s a damn fine drop. 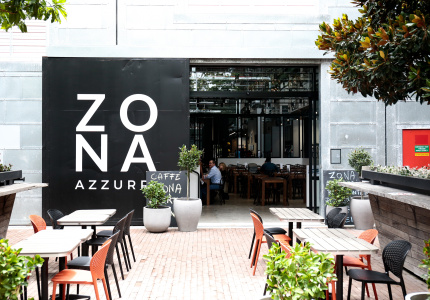