Sydney’s Newest Food Truck is an Izakaya on Wheels

Yakitori, gyoza and matcha crepes from an ex-Toko chef. 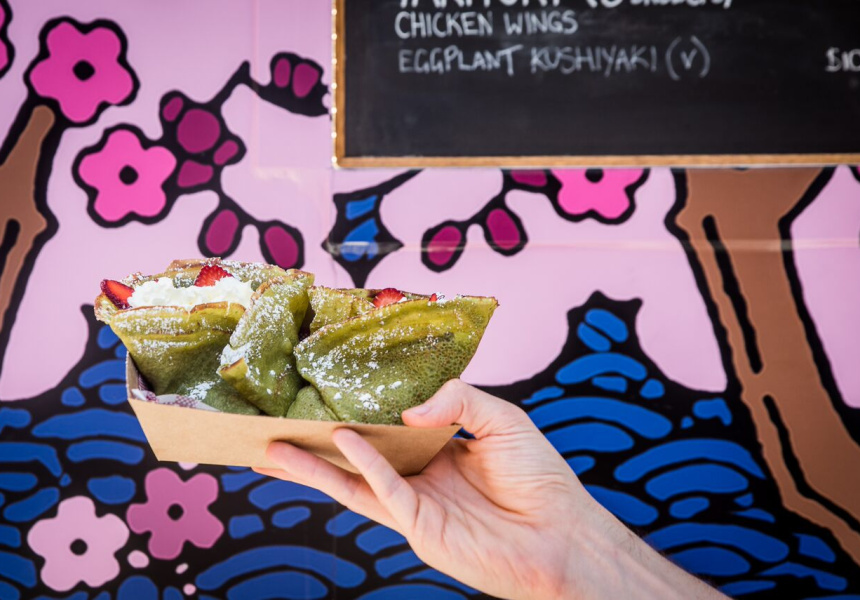 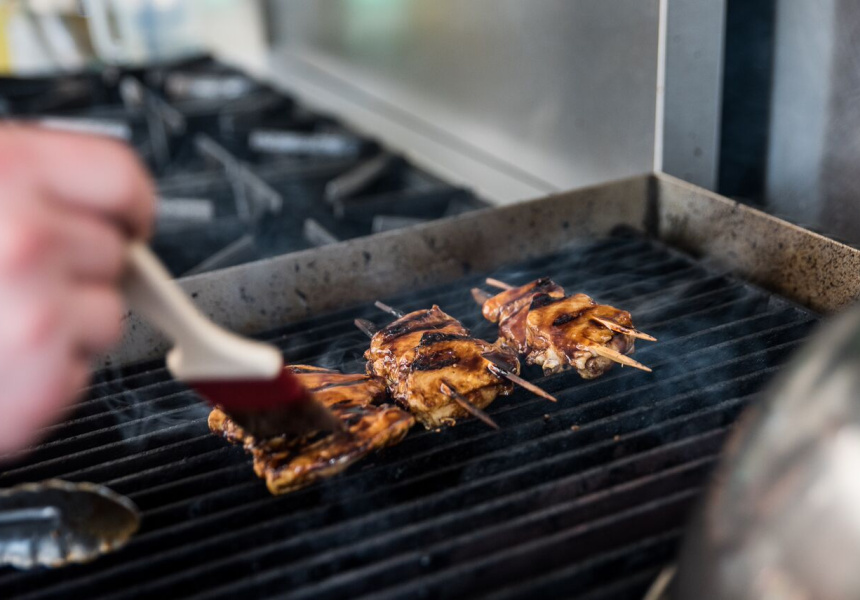 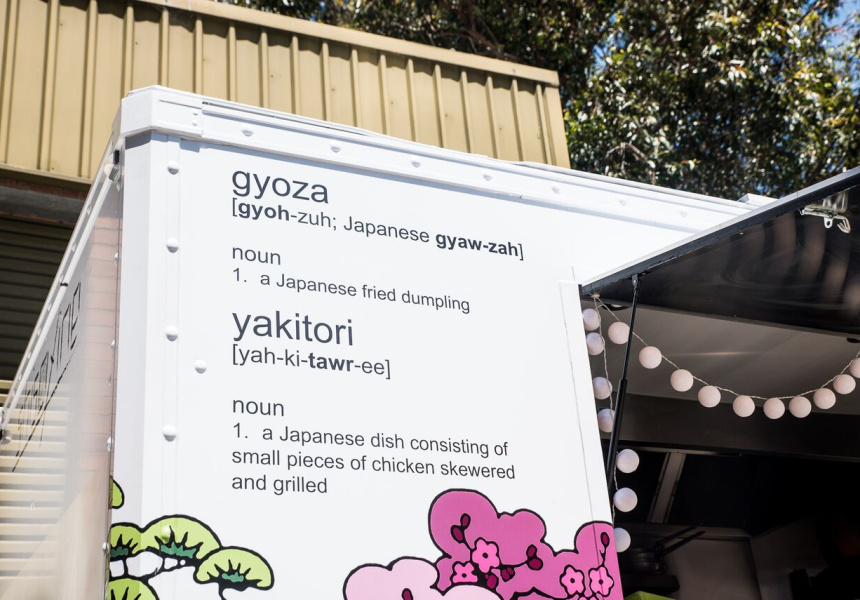 Plump gyoza; sticky lava-stone-grilled chicken wings and sesame-lathered eggplant skewers: Shiso Fine is like an izakaya on wheels. The only thing missing is the booze. Instead it’s coffee and matcha.

“A lot of places focus on sushi and stuff like that but I really wanted to do the hot side of Japanese food,” says Caitlin Bailey, the food truck’s owner and chef. Bailey is ex-Toko. She’s been in catering for a few years but wanted to get back into Japanese after an inspirational trip back to the cuisine’s homeland.

The gyoza is the main draw but it’s by no means the only attraction. As well as the eggplant skewers and curry-salted chicken-wing skewers there’s a soft, milky baguette stuffed with grilled chicken thighs, lettuce, togarashi (a Japanese spice mixture) and a fresh-ginger and wasabi mayo. Matcha crepes come loaded with Nutella and cream. “I love the idea of having different kinds of gyozas as well. We have a vegan one full of veggies. We also have dessert gyozas with chocolate and banana inside with cinnamon sugar and ice-cream. I fry them a little bit more on both sides to make it more crispy,” Bailey says. In the future Shiso Fine will experiment with flavours – Bailey hints at an apple-crumble-filled gyoza.

Despite having a tiny, truck-sized kitchen, it’s fit out with an oven to bake bread and a lava-stone grill for the meats. It gives the smoky flavour you'd get from a robata grill in Japan,” she says.

Impressively, Bailey and her partner Petros Ktenas did the fit-out and design. The cartoon on the truck’s front is inspired by Japanese manhole covers. “They have … this style of image on them,” Bailey says. “It's all the elements from Japan I love together.”