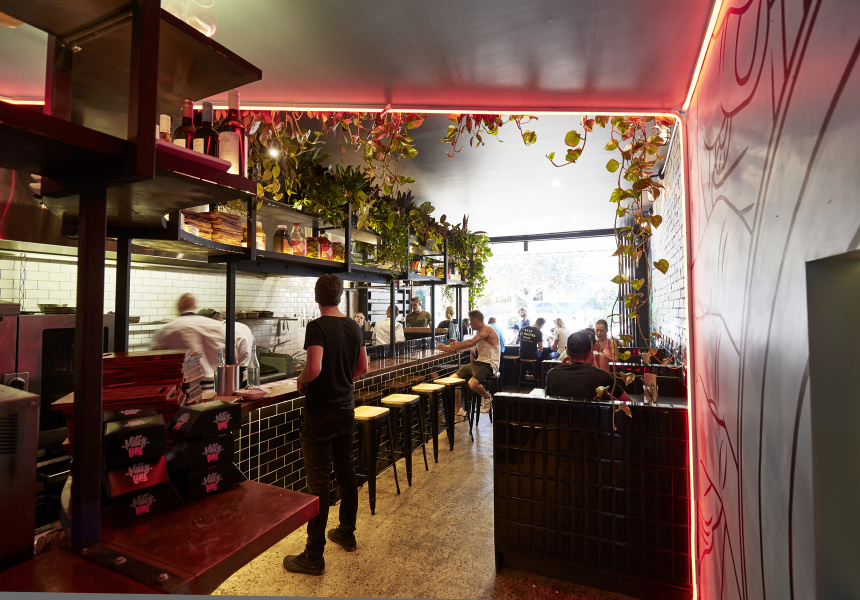 Trdelník is a traditional Slovakian pastry; a doughnut swirl crusted with cinnamon sugar. The sweet treat went viral earlier this year, when a group in the Czech Republic repurposed it as a heart-stopping ice-cream cone. Milky Lane Bondi was paying attention. It boarded this sugary bandwagon and created its own churro bowls and Trdelník “CoNuts”. In doing so, Milky Lane built an enormous online following, which resulted in a manic opening weekend.

Since opening on May 6 a line has snaked from Milky Lane down Curlewis Street. Many punters are turned away empty handed, without so much as an Instagram post for their troubles. “We just tapped into what people want … People seem to love crazy desserts,” says Avant.

It remains to be seen if that love will sustain the business in the long term, but Milky Lane is hedging its bets by serving burgers that are equally (if not more) decadent than the desserts. A slow-cooked pork-belly burger comes with sticky bourbon barbeque sauce and pork crackling, which you could pair with a side of “loaded fries”, which come with cheesy gravy, bacon bits and caramelised onion.

Speakers hang from the ceiling, blasting old-school hip-hop. Splashes of red LED lighting bounce off a lush wall garden. Every brick wall is emblazoned with a bold mural. The biggest of which, depicting a hip-hop last supper, was regrammed by Snoop himself.

Milky Lane is a restaurant based on, and which caters to, an Instagram craze. It’s a fun anomaly in a part of Sydney where juices and salads reign, and should be treated as a space for indulgence. Just be prepared to line up for your CoNuts.