Penang-style street food from the team that brought us Petaling Street and PappaRoti. 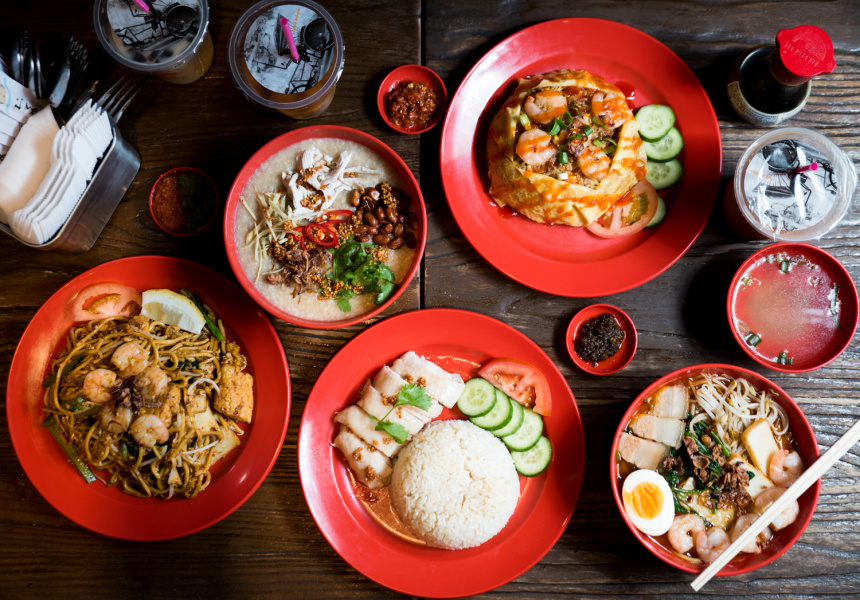 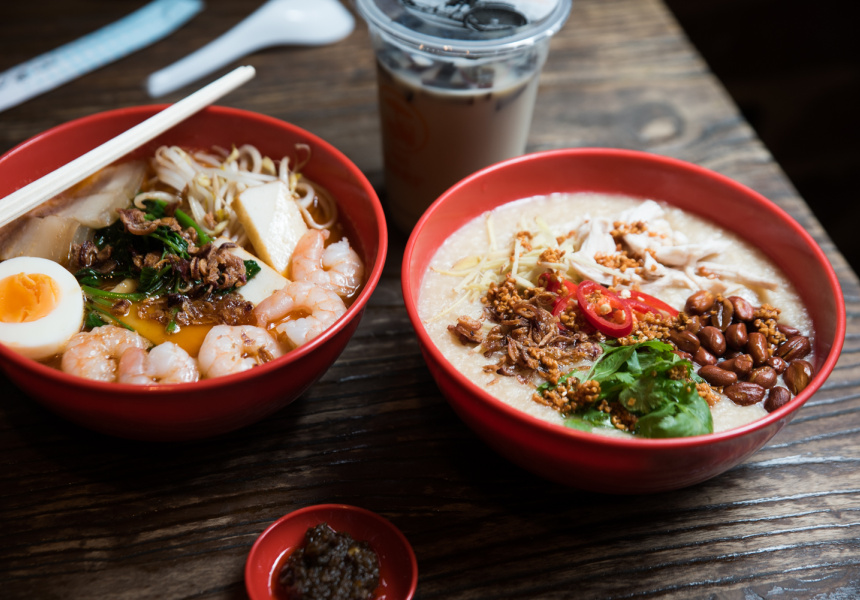 Malaysians take char kway teow very seriously, and perhaps the ones who revere the greasy noodle dish the most are Penangites. Junda Khoo is from Penang, and with partner William Xie (a Singaporean), he’s just opened Ho Jiak, a Penang-inspired eatery in Strathfield Plaza. The hall-thin restaurant is modelled in appearance and taste on Penang’s hawker stalls and kopitiams (coffee shops). It looks pretty much like a truck-drawn hawker stall has been rammed into the side of Strathfield Plaza, with pictures and trinkets from Penang. “We wanted it to feel like a stall from Malaysia, but keep it a little bit modern as well. That's why we have this collage here,” Khoo says, pointing to a picture montage of Penang streetscapes, Malaysian kids and street stalls with their chefs mid-fry. “I wanted to show the culture of Malaysia.”

The food is pretty bang on what you’d find in and around the cobbled alleys of George Town, Penang. “It’s more northern-Malaysian style. I learnt my cooking from my grandma and my family and the food from where we group up,” Khoo says. “Mamak is more Malaysian-Indian, Petaling Street is more Cantonese style and this is more northern style, more Hokkein style.” In other words, it’s unashamedly shrimp-y in some places, chicken-y in others and altogether spicy and savoury.

Discerning Malaysian food buffs or Penangites will be impressed to see a char kway teow with the holy-trinity of cockles, sweet Chinese sausage and, most importantly, those gooey little cubes of pork fat. Khoo, who did most of the menu design and initial cheffing, says he’s particularly proud of both the char kway teow and Ho Jiak’s Hainanese chicken rice, which is safe to call one of the chickeniest domes of rice anywhere in Sydney. Also in the realm of most chicken-y things in Sydney is Khoo’s incredible congee.

Khoo and Xie run the kitchen with as little waste as possible. The chickens you see hanging in the window, Chinese-barbeque style, have their leftovers cooked into the Hainanese chicken rice and the congee – it’s what gives them such a strong flavour. For something you won’t readily find in Sydney restaurants, try the Nasi Pattaya, a seafood fried-rice mound wrapped in an omelette that comes topped with fried chicken, some crazy succulent satay or sambal prawns. Otherwise try Ho Jiak’s Har Mee, a prawn-heavy laksa-like dish. Har Mee itself isn’t particularly uncommon in Sydney, but finding one as dark and shrimpy as Khoo’s is quite a challenge. Behind the counter, satay grill and roast-chicken rack, you’ll find a drinks bar with kopitiam specials such as teh tahrik (Malaysian frothed tea), air mata kuching (winter melon tea with dried longans) and the strangely named Michael Jackson (soya milk with grass jelly bits).