Based on OzHarvest’s “take what you need, give if you can” model. 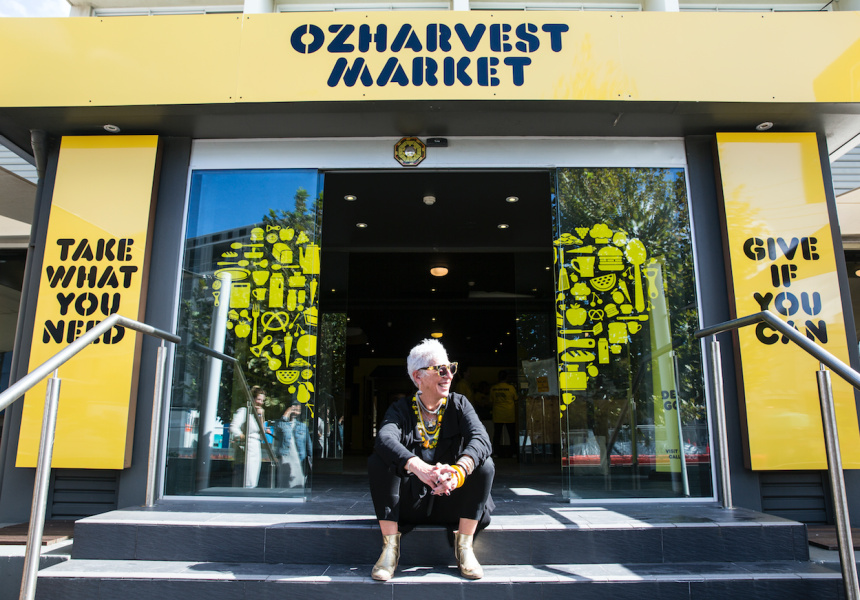 At OzHarvest’s new marketplace in Kensington, old carrots and tins of beans past their use-by date are treated with respect and dignity. Ripe, rosy tomatoes, otherwise destined for the dumpster, are piled up proudly. Over the aisle, juicy apples are organised into a pyramid beside bananas.

This trial grocery store moves beyond sell-by and use-by labels to tackle food waste and its impact on the environment and to combat hunger. It’s the first of its kind in Australia. Everything is free for those who can’t afford to pay for it. Or you can donate an amount you choose.

The store stocks a range of products including fresh fruit and vegetables; bread; tinned goods; frozen meals; drinks; and toiletries and home products. The shelves will look different week-to-week depending on what is salvaged. Customers are encouraged to donate anything that they don’t want.

It has opened beneath The Addison Project in Kensington, which offers pop-up accommodation for vulnerable youth. The initiative is possible because of space donated by property developer TOGA.

Waste is a huge problem around the world, from fashion to food. Food waste in Australia costs an estimated $20 billion each year. Australian consumers waste 20 per cent of food purchased and throw away one in five shopping baskets of food every year. Four million tonnes of food ends up as landfill, where it decomposes and emits methane, a potent greenhouse gas.

One in six Australians report having experienced food insecurity at least once in the past 12 months.

The Australian entrepreneur behind OzHarvest, Ronni Kahn, believes this supermarket is a step in the right direction. “Every time we save good food, we help the planet. Every time we take that food and feed hungry people, we address social issues,” says Kahn.

OzHarvest works with more than 2500 food donors that uphold freshness above all else. “We rescue food that can’t be sold by supermarkets and food retailers due to it being past its use-by date, but which is still perfectly good to eat,” says Kahn. “If something has expired, that’s no reason to toss it away.

“We only take food that is absolutely edible. We’re … showing our consumers how insane it is that this produce has been rejected,” she says. “All of our drivers are trained in handling, they will not accept produce if they wouldn’t eat it themselves.”

Subtle “defects” such as a freckle or bruise, or even a mislabelled box, are what usually leads this food to being thrown out. “Everything we do is not about profit, it’s about purpose,” says Kahn.

“People will walk in and say, 'Wow, this is exactly what I would buy anywhere, and now I can just take it, use it, or give it away'.”

Khan says OzHarvest plans to open other outlets, both in Sydney and around the country. "We totally believe this will be a catalyst to other property developers. We have the capacity to take it around the country, if all the forces come together. This is a duplicable model. Hopefully down the track there will be a free farmers market in every state."

If you're interested in helping source a location or looking to volunteer in your area, get in touch at sydney.info@ozharvest.org

This story was updated on Friday, April 28.