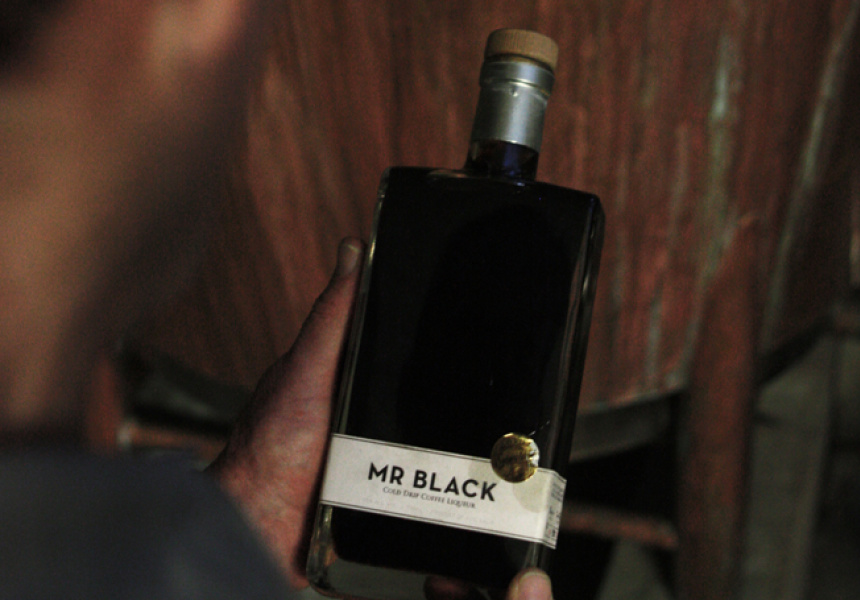 A New South Wales micro-distillery has taken Australian coffee culture to the next level with the launch of its boutique cold drip coffee liqueur MR BLACK.

The origins of MR BLACK lie in a scene easy enough to picture: late at the pub one night, two lovers of a quality tipple dream up a drink they can have for breakfast.

“There’s a half truth in that,” laughs Tom Baker, a designer and co-founder of MR BLACK.

Inspired by Australians’ celebrated love of coffee, Baker and distiller Philip Moore (of Distillery Botanica) developed a bespoke method of distilling coffee for their groundbreaking liqueur, which won a gold medal at the prestigious 2012 International Wine & Spirits Competition in London.

MR BLACK uses the cold drip method of brewing coffee. “We find it gives a richer and sweeter flavour and keeps its integrity,” explains Baker. The control of oxygen (“the enemy of good coffee”) is fundamental to the process.

“From the day the coffee is roasted, it comes straight to the distillery [in Erina]. It’s then ground and goes straight into a water and alcohol bath that has all the oxygen removed using nitrogen,” says Baker. “It’s quite involved, but the result of getting all the oxygen out of it means you never get a stale coffee flavour.”

Central Coast roaster Glee Coffee supplies the beans, of which there is close to 30 kilograms in each batch of 250 bottles. It’s a process intensive in time, labour and coffee, says Baker. “The alcohol industry just doesn’t want to know about us – we’re too small and too niche – so we needed to think of another way to connect with people who might like our product.”

Baker and Moore decided crowd-funding was the approach required to match their product with a more discerning audience, rather than the mass market. The initial goal of $10,000 will see a first release of 1000 bottles of MR BLACK, plus a launch party at Waterloo’s Ambush Gallery in November.

The distinctive artwork accompanying the liqueur was created by Sydney illustrator Dale Bigeni, who envisioned the character of MR BLACK as an owl with a top hat and monocle.

MR BLACK will launch in Sydney and Melbourne first (“because that’s where the coffee culture is”), with Adelaide and Brisbane set to follow.

Baker is in talks with boutique alcohol distributors and also plans to sell the award-winning liqueur online.

“The world needs more products made by people who care,” declares Baker. “We’ll never be Australia’s favourite drink, but we’re okay with that.”