Sydney’s critically acclaimed Korean restaurant will be brought back to life for one week only, in a Korean-Mexican mash-up in St Kilda. 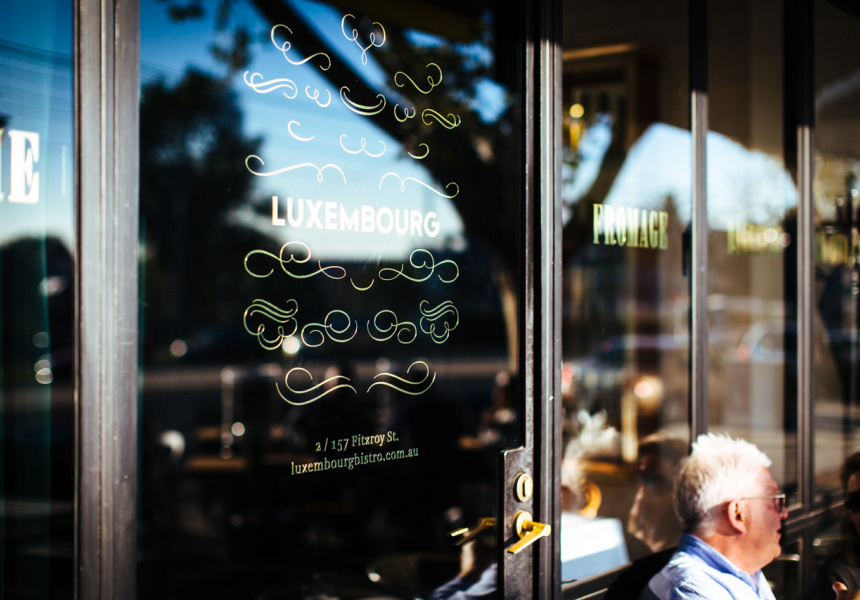 When Moon Park closed in September last year, a huge Korean-shaped hole was left in Redfern.

Now, you can enjoy the crisp, golden pancakes in Melbourne's St Kilda.

They’re not branding it “Korexican”, but that’s exactly what it is: “We haven’t used that term specifically, but it sounds bang-on,” says Luxembourg chef Chris Watson, who’s pairing with old mate Ben Sears for a six-day revival of Sydney’s gone-too-soon restaurant, Moon Park.

The pair first worked together more than a decade ago, in the kitchen of Andrew McConnell’s 312 (now The Town Mouse, and cemented their friendship during a shared stint at Cutler & Co..

“Ever since we started working together we’ve been really good mates. I guess we talk a lot about food ideas,” says Watson. “Since Moon Park closed, we’ve been talking about this event, and the Korean-Mexican crossover.”

From Tuesday February 21 to Sunday February 26, the St Kilda Restaurant will become Zona Rosa, serving a mash-up menu of Mexican and Korean, plus a few signature dishes from Sears’ Moon Park. “We’re talking on the premise that there’s a bit of cross-over between the two cuisines in terms of the flavour profiles,” says Watson. “We’re using a lot of Korean flavours but presenting them in a Mexican style.”

The menu’s still in development but Watson mentions a Korean take on tacos al pastor (with gochujang-marinated pork and pineapple kimchi), queso fundido using Korean corn-cheese, and a bulgogi-style steak fajita. “It’s a real mish-mash of different bits and pieces that we’re cherry-picking from each style,” says Watson.

For Watson’s part, he’s relishing in the creative possibilities of running a pop-up. “With a restaurant menu you’re serving consistently, you have to put a lot of thought into making sure the menu offerings balanced, and the price-points are right, whereas something like this is just loose and fun,” he explains. “There’s a bit more freedom.”

Both a la carte and a $65 set-menu are on offer, but Watson won’t recommend one over the other. “If it was me, I would probably come twice,” he suggests. “Once would be to eat as much fried chicken as I possibly could, and the other would be to order dishes off the menu.”

Zona Rosa at Luxembourg will run from Tuesday February 21 to Sunday February 26 in St Kilda. Bookings are highly recommended for a lunch or dinner sitting. Reservations are available from 5pm to 10pm nightly, and from 12pm onwards for lunch. Book online here or call 03 9525 4488.