The collective’s third pop-up is all about pasta and laid-back nights out. 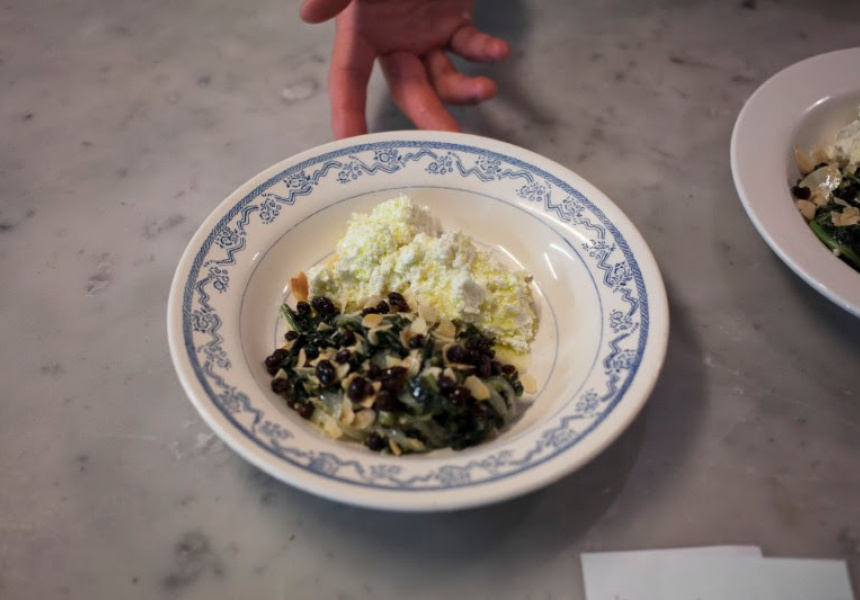 First came The Eat In at the former Fraser Studios warehouse in Chippendale. Then Alfio’s in an abandoned trattoria in Leichardt. To see out the end of 2016, and to make the most of summer, the Full Circle collective has just announced its third pop-up dining project, Wilmer.

Opening on December 1 in the former Wilbur’s Place space in Potts Point, Wilmer will be a three-month fling. Comprised of a cohort of chefs, close friends and food enthusiasts – Full Circle’s temporary restaurants are fluid, fun and fleeting. Each of the collective’s pop-up initiatives abandons the standard restaurant formula, slipping in and out of real estate soon to be forgotten.

“It all happened really quickly, we got given the keys about five days ago,” says chef Daniel Johnston. “So we’re just going to go for it and treat it as a really fun summer thing.” Johnston has been working in the kitchen at Hubert for most of 2016, but admits he’s been on the look out for a new space in which to bring Full Circle back to life.

This time around founding members Kristen Allan and Tom Merryweather are busy with their own projects, so Johnston will be joined in the kitchen by friend and former Alfio’s chef Harry Levy (also Bar Brosé).

Like Alfio’s, Wilmer will be loosely Italian; it will serve handmade pasta, Roman-style artichokes, gnocchi and house-made ciabatta. This time, though, everything will be a la carte, bookings will be open and there are no timed sittings. “We wanted to react to the restaurant space and location,” says Johnston. “It just feels much nicer to have a little a-la-carte menu, and for it to be more of a bustling, street-side place.” The menu will be rotated weekly, or just “whenever we feel like it,” he adds.

While previous projects have been BYO, Wilmer’s is licensed, so Johnston is working on a selection of wine that will match the Wilmer vibe – relaxed, easy going and thoughtful. “I feel like you should be able to go and have a jug of wine like you do in a trattoria in Italy,” he says.

For Johnston, Wilmer is a stepping-stone to more new, exciting ventures for Full Circle. “I like to always think there are lots of different ways of doing things in the restaurant world – and that’s part of our philosophy, which is growing more and more.”