Italian-Australian pub meals, with options under $30. 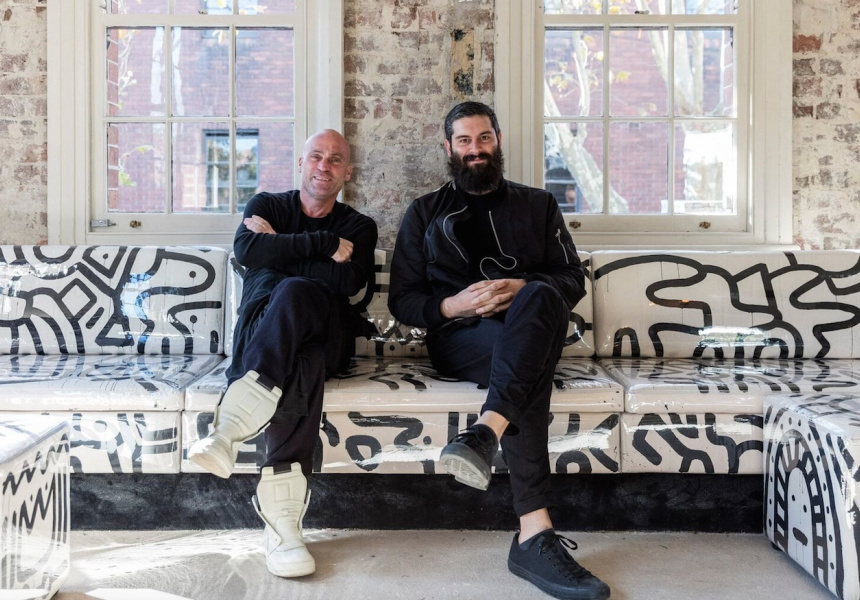 While the Australian pub has experienced a renaissance over the past 10 years, Terzini’s adamant there’s still work to be done.

“In 2017 we’ve made so much progress, but there’s no dedication to the drinks,” he says. “I’m fed up with the sloppiness, the carelessness of bad post-mix drinks, bad ice, glassware, straws and bottom-of-the-line spirits.” While Terzini acknowledges improving the public-bar concept doesn’t make him a hero, he does want to see change.

The paint is still wet on the concept, but Terzini knows what he doesn’t want. “I don’t want to be told how many courses I need to eat. I want to eat healthy, simple food. I think that’s a reflection of who I am now, compared with who I was 10 years ago,” he says. He’s promising a one-page menu.

Bondi Beach Public Bar won’t be a dining room. It won’t be expensive (there’ll be lots of options under $30) and it won’t do table service. Instead there will be an order-at-the-counter number system. “This isn’t going to be another Icebergs in Bondi,” he says. “It’s a little bit of everything for everyone.”

The Dolphin’s executive chef, Monty Koludrovic, is behind the menu’s design. He’s tossing up a few ideas. One is a Japanese-Italian focus, spurred by a recent ramen takeover at Icebergs. Another is Roman-style pizza slices and salads. “I grew up with it by the slice in Italy, that’s what we ate. We’re fucking experts at it,” he says. “We’re also exploring the influence Americans have on pizza, we’re having a bit of fun.”

Quality produce is key; the team will work with the same suppliers The Dolphin uses, in both Italy and Australia. “I want a burger, I want a minute steak, I want a piece of sustainable fish with a bit of olive oil and a wedge of lemon, I want the choice to be very, very clear and easy.”

Drinks will be fast and fresh. “I prefer a simple drink to a complicated one that takes an hour,” he says. “Who wants to wait for a Martini?” James Hird (also from The Dolphin) is currently building the wine list.

After drawing up 17 different layouts, George Livissianis is getting closer to the final design. The space will have a style mastered through repetition at Terzini’s other restaurants; raw with a simple colour scheme.

With Icebergs and Da Orazio Pizza and Porchetta around the corner in Bondi, how will Terzini keep each venue’s identity separate? “Similarities in my restaurants come from my DNA,” he says. “They don’t need to look or feel the same. I don’t like repetition. There will be things you see in graphics and uniforms, but the room itself will have a different feel.”

Bondi Beach Public Bar will be un-showy – the kind of place where you will meet all walks of life, and where you won’t have to work too hard to eat incredibly well.

“It’s what a public bar should be.”

Bondi Beach Public Bar is slated to open on the corner of Curlewis Street and Campbell Parade in August 2017.