A strong contender for the best Vietnamese beef stew. 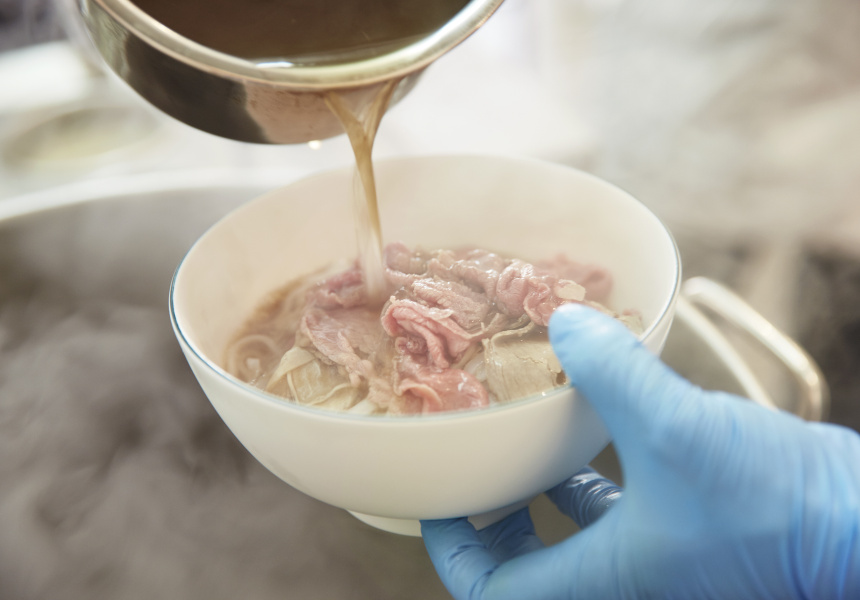 Eat Fuh has had an intense start to life. The restaurant has been open less than a week and already it has attracted the crowds normally associated with big-name chefs or burger pop-ups. But here, all they want is pho.

The new restaurant is the first permanent venue for prolific market stall Eat Fuh. A lot of the opening-day crowd was made up of Eat Fuh’s loyal market-stall followers, the rest came because they heard this isn’t just any run-of-the-mill pho restaurant. With white tiling, exposed bricks and an open kitchen visible from the street, it looks much more like a speciality-coffee bar than a noodle vendor. Eat Fuh’s owner, Hoang Nguyen, says he’s from the new generation of Vietnamese interpreting or reinventing their parents’ business. “We want to express ourselves beyond just food. That goes into the feeling and the setting,” says Nguyen.

Like Sydney’s other new-school Vietnamese restaurants, such as Hello Auntie, Chau Ba, Hem Nine Nine and Số9, Eat Fuh is a multi-generational project. “There’s always some sort of female figure in the background,” says Nguyen. Here it’s Nguyen’s mum, Hanh Ngoc Tang, or Mama Pho as she’s known around here. What makes Tang different from other chefs is she didn’t even know how to cook rice when she left Vietnam. “This isn't one of those stories where people are passing it from generation to generation,” says Nguyen. “She has combined the ideas of other people and made it her own.”

The eight-hour broth is a mix of southern and northern styles, rich and beefy but not particularly sweet or salty. “Our broth is slightly different because we oven roast all our spices,” says Nguyen. “There's a lot of pho restaurants around but not many people do the beef stew as a speciality. We really feel like our bò kho (beef stew) and bún bò huế (spicy beef soup) is strong.” Otherwise there are a few stir-fries, salads and a Vietnamese meat platter with crispy-skin chicken, quail and lamb chops. 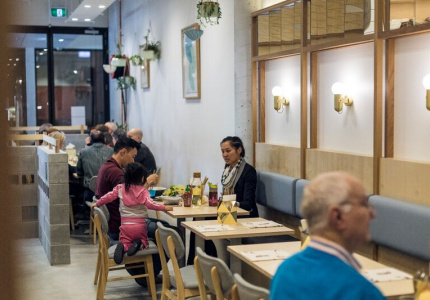