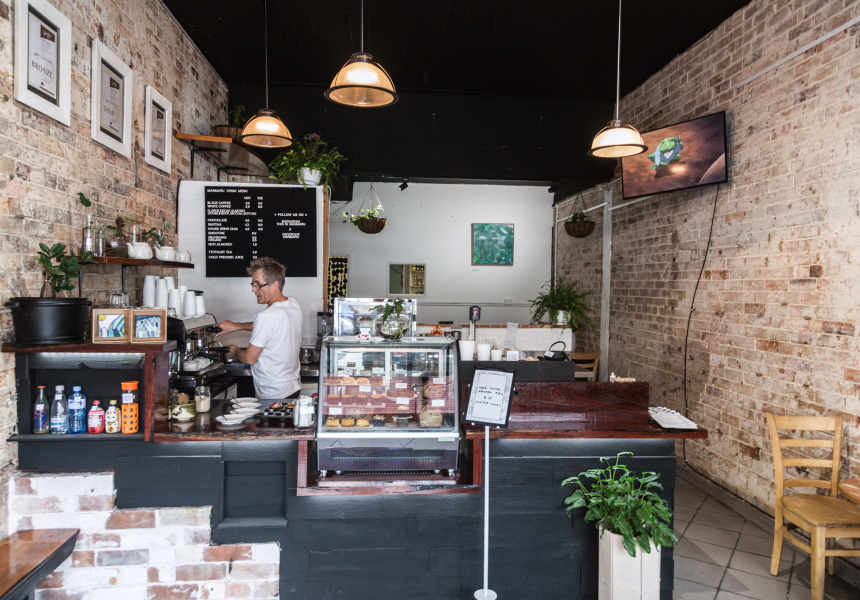 Chef Takako Fasolin deliberately uses Japanese ingredients that are unfamiliar to Australian palates. “I want to introduce people to new flavours,” she says.

But Manmaru – Fasolin and her husband Erich’s reinvented Dulwich Hill café – isn’t a Japanese restaurant. The menu has typical cafe dishes, such as avocado on toast, scrambled eggs, and Takako’s award-winning pies, but most dishes have a Japanese influence.

Avocado is infused with yuzu, a punchy Japanese citrus fruit that Takako preserves herself. It’s served on sourdough and sprinkled with black sesame seeds and shichimi, a salty, chilli-laced seven-spice seasoning. Takako also favours koji, fermented rice bran. “I don’t use MSG, but food has to taste good. Koji has huge flavour pack of umami.”

She uses koji in scrambled eggs and to marinate the nitamago (soft boiled egg) in the kakunidon, an organic brown-rice bowl with braised pork belly and Japanese greens.

Although she resists being categorised, Takako’s vegan dishes are excellent – tasty, filling and inspired. The crispy mochi dumplings consist of a crunchy and chewy rice-flour skin filled with tofu, red cabbage and quinoa.

Takako’s pies are a holdover from the Fasolins’ last venture in the same space, the Graff Caff. With flaky crusts and rich fillings, her pies are well deserving of the medals won at the Sydney Royal 2017 Fine Food Show. The vegan version is filled with pumpkin, chickpea and coriander. To achieve a flaky, melting crust, she uses Nuttelex, a nut-based spread instead of butter.

Takako’s grass-fed beef pie is made with Willie the Boatman’s Black Bunny dark ale. “I don’t want to be vegan restaurant, but I want to have a place for vegan, vegetarian and meat eaters to come together,” she says. Manmaru's interior design is quite a departure from the days of Graff Caff. Japanese music plays in place of hip-hop, and instead of graffiti artwork, the exposed-brick walls display abstract paintings by local Japanese artist Reiko Azuma. Visible only from across the road, Graff Caff's unmistakable mark remains: a mural of a bespectacled green character painted on the second storey of the building.

There are plans to open for dinner and add plum wine and sake to the current alcohol offering of Young Henrys and Kirin.