Sommelier James Hird schools us on the best way to drink red wine. 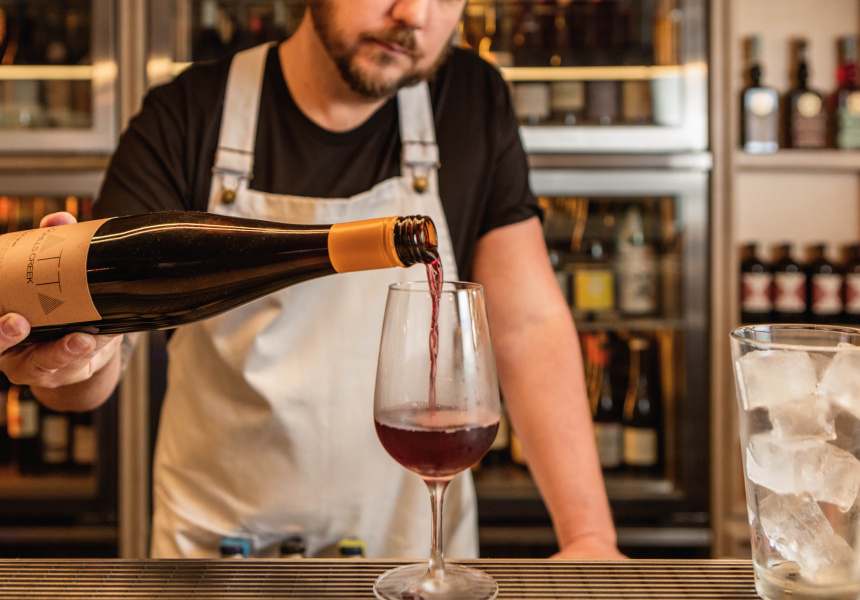 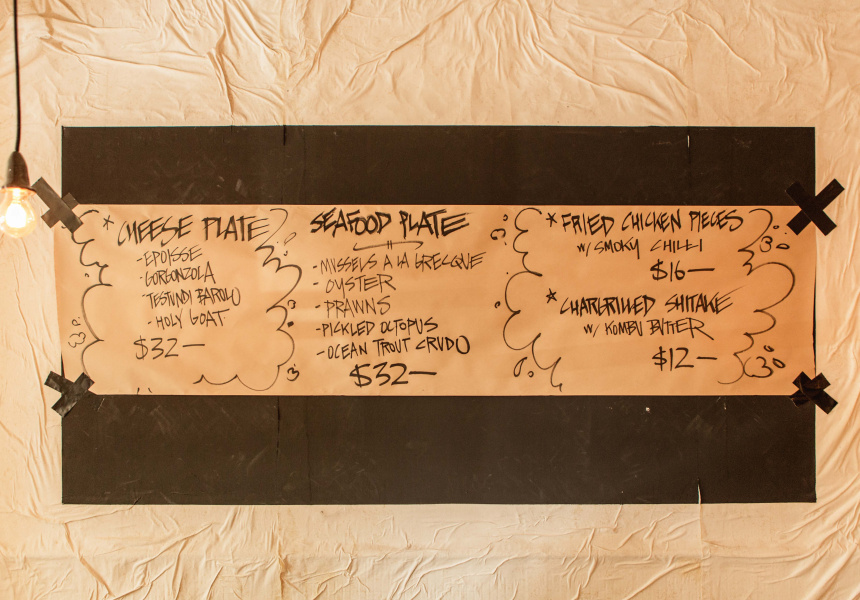 From December through to February, winter’s merlot, sangiovese and gamay are swapped out for ice-cold whites and beers. Not to mention the summer of frosé.

But according to James Hird – the award-winning sommelier behind The Dolphin’s award-winning wine program – there is a way to put “red wine” and “refreshing” into the same sentence. When comes to chilling, “we’ve kind of been given the wrong message about wine”.

Pouring a naturally fermented pinot from the Pyrenees – the bottle covered in a fine layer of condensation – Hird starts with a lesson on temperature, acidity and sugar. And it’s a message straight from the top. Almost unanimously it’s the producers who have asked to have their reds served a lot colder than usual.

“We either drink wines too cold or too hot,” says Hird. “So whites at five degrees really close down and you just get the acidity … not the fruit. Which reduces what [the wine] really is. Conversely with red wines, when they’re too warm, you’re just getting the alcohol and the fruit, you’re not really feeling the acidity.”

At the wine room at The Dolphin you can try a chilled light-bodied red. The glass will be slightly icy to touch, and the wine will be a lot cooler than your palette is probably used to. You’ll taste acidity; it’s zippy and vibrant, and surprisingly, it’s refreshing.

It is chilled to around 13 degrees, which Hird says is not actually that cold. On a hot day in Sydney a wine at room temperature is around 20–25 degrees. Head down to a cellar in a cool climate, like in Burgundy, and you’ll find wines chilled to at least 10 degrees below that. This whole time, we’ve been drinking our reds like pho, instead of gazpacho.

“It’s refreshing because if you’ve got a wine with good acidity and it’s chilled down, you don’t taste the sugars and the alcohol, you taste the true brightness of the fruit,” says Hird.

So how do you go about chilling a red wine to the right temperature? Begin with a less-structured variety, like a pinot noir, nebiollo or lambrusco. After that, things become a little more subjective.

“It’s harder at home because you don’t have this luxury,” says Hird, pointing to the temperature-controlled fridge that runs the length of the bar. It’s peak wine dedication: each of the six sections has been set to a different temperature to match the wine inside. Hird suggests putting it on ice for 20 minutes or taking it out of your fridge at home an hour before serving.

Hird’s philosophy centers on the idea of “drinkability”. So, if you’re at The Dolphin’s wine bar on a balmy evening, knock back a pinot noir that’s been chilled to perfection. Otherwise, buy a bottle, head home, throw it on ice, and chill it until it feels just right.