The Thai restaurant finds a home in one of the Japanese city’s best culinary districts, 39 floors up. 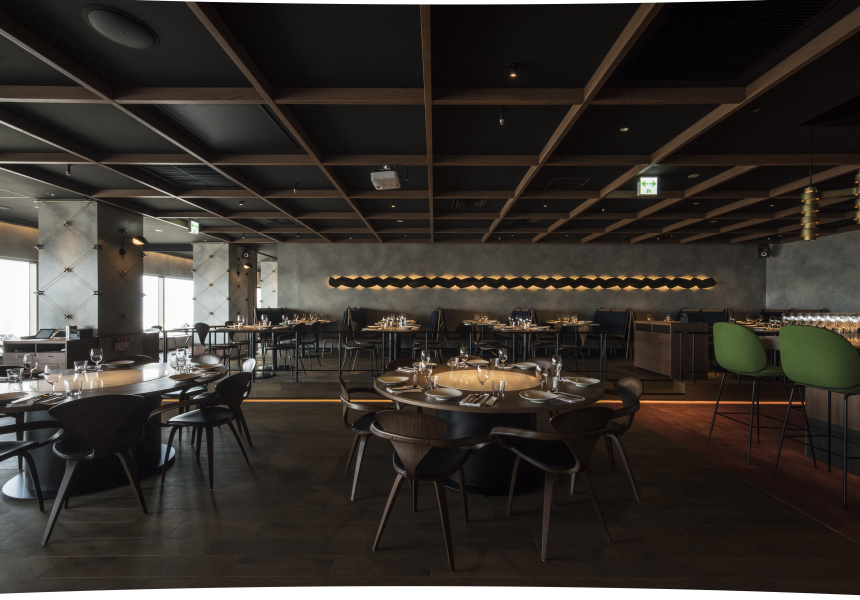 Sydney Thai restaurant Longrain has taken up residence in Ebisu, one of Tokyo’s most respected culinary suburbs.

So far, he says, it’s been fairly smooth sailing. “I am really proud of our Japanese team, the reception of Longrain Tokyo has been very good. People are responding to the fresh Australian take on Thai cuisine, the attentive yet relaxed Australian style of service and they love the space by Luchetti Krelle – who is also from Surry Hills.”

The venue was in part the catalyst for expansion. “My partners found this unique site in Ebisu, which is a great dining district of Tokyo. And when I saw the site and the spectacular view, it was really easy to envisage Longrain in the space,” says Christie. Sitting 39 floors up, the view is simply staggering. Visitors are able to observe one of the busiest cities in the world go about its day. “It’s quite a big space by Japanese standards and it has a real sense of occasion.”

Like its sister venue, Longrain Tokyo features work by Sydney-based artist Christopher Hodges, who created new pieces specifically for the moody, glamorous restaurant. Along the far wall is Hodges’ bronze sculpture Hikari Shiro (“white light”). White LED lights illuminate the seven-metre-long sculpture and bounce off the room’s main window, giving the illusion of a serpent floating above the Tokyo skyline.

“Our restaurants are very large and offer a real sense of occasion and interiors that Tokyo diners like. Australians are a lot louder and tend to drink a touch more than our Japanese counterparts, so it means a lot of dining rooms in Tokyo are more hushed,” says Christie.

Another point of difference is the breadth of the menu. “In Japan, restaurants tend to focus on one style of cooking. For instance, tempura, ramen, sushi or teppan. Whereas in Australia, a Japanese restaurant would almost always serve everything. The experience of enjoying a fine dining menu and style of service with more of an izakaya atmosphere is quite a new thing in Tokyo.

“There is a real thirst, particularly among the well-travelled professional young people of Tokyo, for more cosmopolitan dining experiences. There is a great history of Italian and French cuisine in Tokyo and I think they are realising there is plenty more great cuisines in the world to explore.”

The menu features the classic miang kham (one-bite wrap) using seasonal ingredients – a current version has pomelo, coconut, cashew and chilli. Bigger dishes include a green prawn curries and a salad of pork, prawns, bean sprouts and herbs wrapped in an egg net. There’s a little of Australia in the ripple ice-cream dessert, which has coconut and raspberry butter on an Anzac-style biscuit, topped with fresh figs.

The wine menu is an international affair, but weighted heavily towards Australia and New Zealand drops. There’s Thai beer staples Singha and Tiger alongside a number of Japanese craft releases, plus local mainstays such as Sapporo and hometown brew Ebisu Meister. Cocktails have a Thai take, such as the Jungle Gin with Aperol, gin, lemon and pineapple.

Christie says the experience in Tokyo has had an effect on the restaurant back home. “The people of Tokyo love a great value set menu for lunch, so we have brought back some of the most-loved Short Grain dishes and this has given us a good impetus to re-boot Short Grain in Sydney, which we will do in the coming months.”