The Muglan serves the food of the inns and homes of the Himalayas. 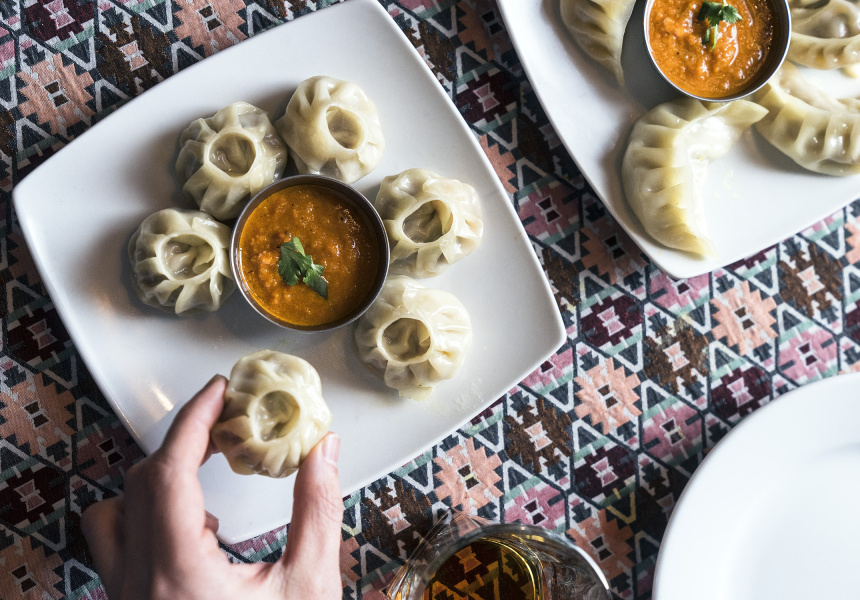 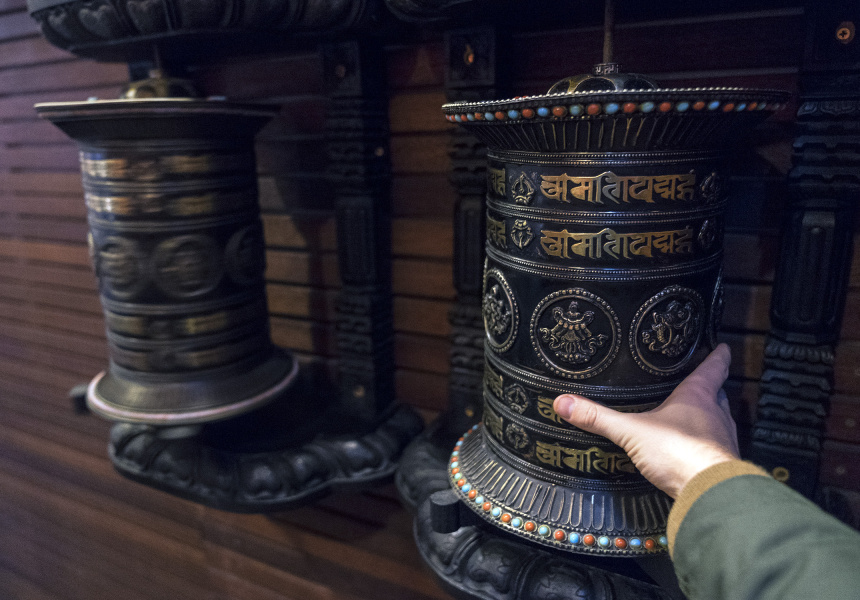 Razman Thakali introduces the meal in front of us by explaining Nepalese food is very similar to the food of India; just a few spices here and there and some different cooking methods differentiate it. He then brings out something called faparko dhido, a buckwheat pudding that looks like porridge left to cool. It’s dense, spongey, chewy and tastes like breakfast cereal. Here at The Muglan it’s served crater-shaped with a pool of spiced ghee in the centre. It's part of a Thali (a mixture of dishes that mirrors the shared plates of a home-cooked meal) with a goat-jerky curry, chive-infused yoghurt, radish pickles and dhal. “If you go to a Thakali restaurant in Nepal, you will have this. That is a trademark dish,” says Razman.

Razman and his brothers Aashis and Puskal own and run The Muglan. Their last name is also the ethnic group their family belongs too. Despite being a minority in Nepal, the Thakali people are famous for running much of the country’s hospitality industry – particularly in areas between the mountains and the flat lowlands.

It’s one of the only places in Sydney serving this food. It may be similar to Indian food, but leaving the description at that doesn’t do justice to the cuisine. Momo (Nepalese dumplings), are similar to Northern Chinese dumplings, but other dishes are distinctly Nepalese. A collection of four different street snacks popular during festive periods is a great example. There’s mustard-oil and tandoor-roasted chicken (choya); crunchy, sticky, deep-fried soybeans with chilli paste (bhatmas); soft potatoes in a pickled sauce with sesame seeds (aaloo-achar); and some brittle, deep-fried rice-grain flakes. In Nepal it’s common to eat all four in one very textural salad. Like the faparko dhido it’s distinctly Thakali.

Razman’s whole family is in the hospitality industry, although Razman says not all formally. “In my village you can walk into any house and they will have enough food for you to eat. They will charge you, of course,” he says. “It was a matter of time until I was going to start a restaurant. It's an honour to our ancestors.”

One of the typical ingredients from the region is timur, a high-altitude variety of Sichuan pepper. To get a good idea of what it tastes like, try a lunchtime thukpa, a spicy, sour, short-noodle soup similar in flavour to Northern Chinese soups. “In the mountains a lot of hikers rely on this noodle soup,” says Razman. Noodles are the main course, for travel snacks they have goat jerky and rum. At The Muglan this is accurately represented by Aashis’s tandoor-dried goat jerky and a dark, caramel rum the brothers import from Nepal.