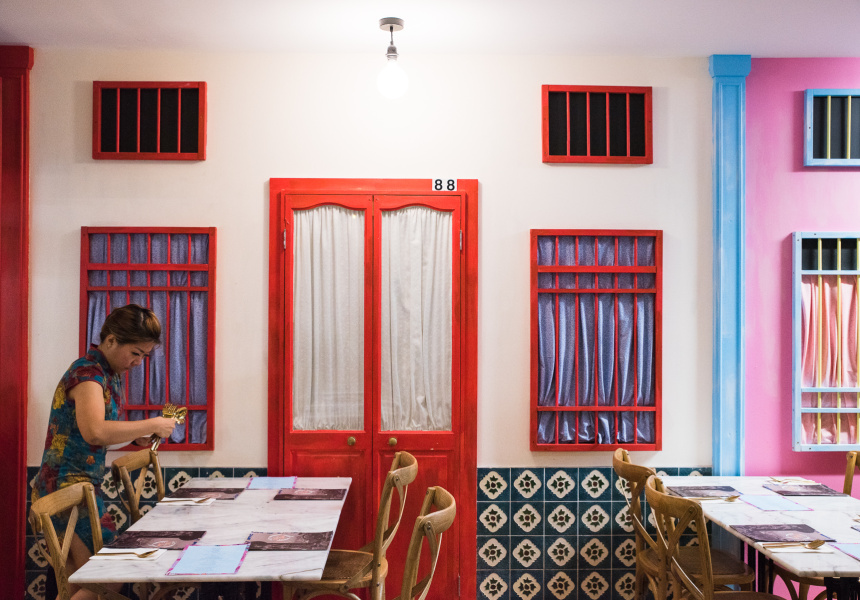 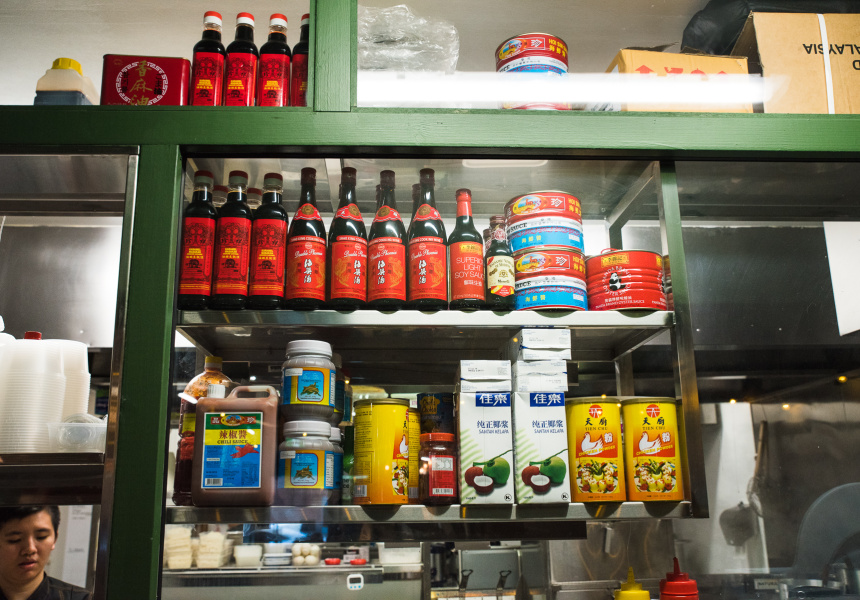 Junda Khoo is a bit nervous about his new restaurant Ho Jiak. It’s not because of the inevitable financial risk – he and his business partner William Xie have been through all that before with the launch of Petaling Street (a chain he’s no longer associated with) and the original Ho Jiak, a street-food inspired stall in Strathfield Mall. What’s making him anxious now is that, for the first time, he’s going to be cooking and serving his family recipes.

Khoo grew up on Lebuh Ah Quee, a street on the Malaysian island of Penang, now famous for street art. Both his parents worked long hours to give him a better life, which meant most of his time was spent with his grandma, a passionate and skilled cook. “The food [in the restaurant] is what my grandma used to cook for us,” says Khoo.

For those familiar with Sydney Malaysian food, Ho Jiak may come as a surprise – not just the dish names, but the flavour profile. “Coming from a poor family, most of what we ate were simple peasant dishes, but I believe the simplest things are the hardest things to cook.”

Khoo’s best memories are eating fried bean sprouts with salted fish; curry leaf-marinated fried chicken; and a simple, silky dish of fried egg and preserved radish. Unlike most Malaysian dishes, these are more subtle and lack the rich, salty punch you generally expect with food from the South East Asian country.

The more luxurious dishes are those Khoo ate during New Year feasts: the steamed whole fish with soy and shallots, for example, and the steamed chicken with goji berries, soy, ginger and wild celery. These may be more beautiful and elaborate than, say, a dish of fried bean sprouts, but carry a similarly delicate appeal.

Although the “family” dishes are what Khoo is most proud of, there’s plenty other ways to experience Ho Jiak – the menu is enormous. There’s charcoal-grill-roasted whole chickens and crab by the kilo, as well as a choose-what-you-want seafood station arranged as they do it in Penang – over ice at the front of the restaurant.

If you’re looking for something punchier, turn to the “Signatures” section, a collection of popular, mainly fried dishes taken from the menu of Ho Jiak Strathfield. For an authentic experience, eat these downstairs – the brightly coloured window frames and striped awnings are exactly like those of Lebuh Ah Quee Street.

If it’s the more family-style dishes you’re after – like an omelette – head upstairs; the large space has been meticulously fitted-out to mirror Khoo’s family home. The floors are lined with imported tiles, the walls with knick-knacks from Penang, and there are even a few framed shots of Khoo’s family.