Local Knowledge: Best of the Year

“Local Knowledge” is a weekly series that explores Sydney’s many cuisines and communities. Whether it’s Javanese or Uighur, Nicholas Jordan takes us to the eateries that are at the heart of the city's different cultural groups. Here are his five favourite LK experiences of the year. 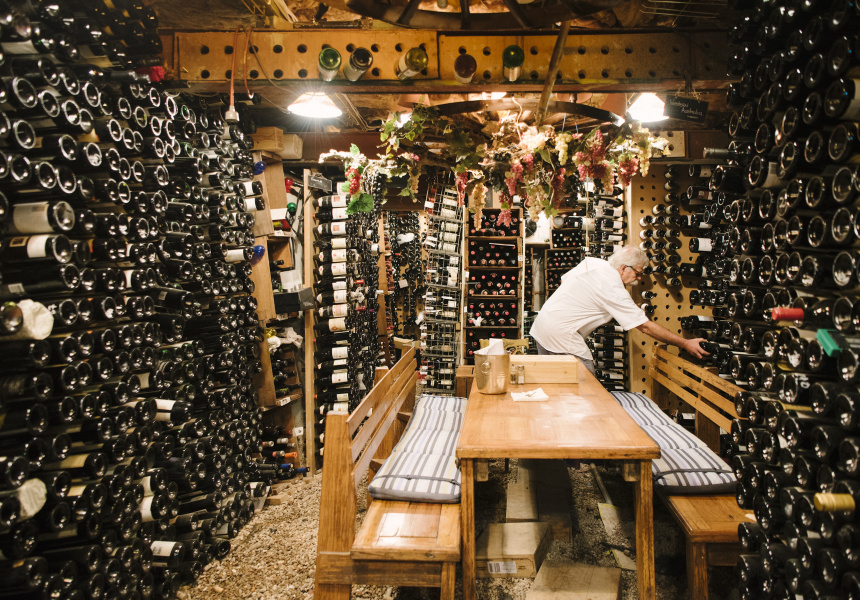 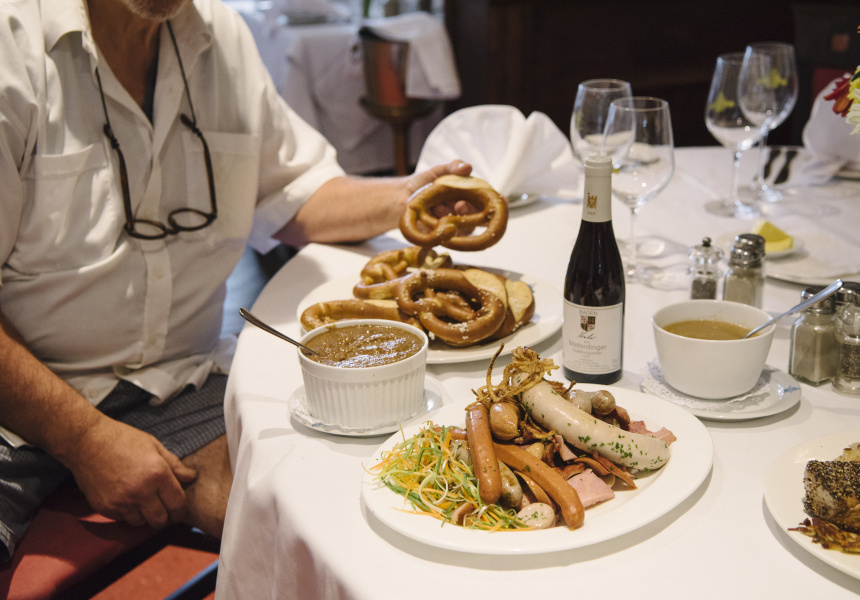 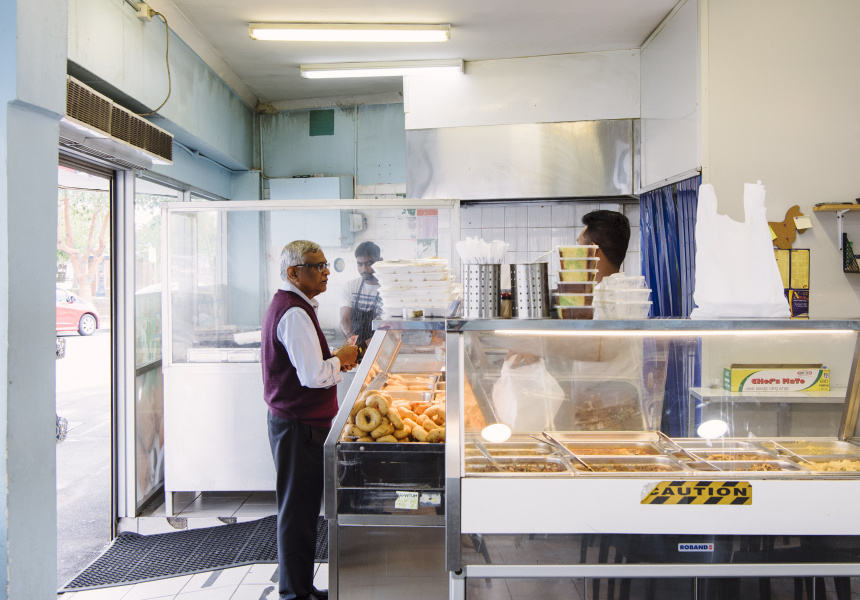 Two years ago, when I started this column, I was convinced it would be a slog to get anyone to read it. All the biggest stories on Broadsheet were about burgers, Gelato Messina and Reynold Poernomo. Did anyone want to read about Sydney’s only Tajik restaurant or Nyonya cuisine in Auburn? To my great surprise and joy, they did and I’m extremely thankful for that.

Some of these restaurants, such as Mongol Lounge and La Casa Latina, introduced me to cuisines I knew nothing about. Others led me to chefs and restaurateurs who have put everything on the line to share the culture of their childhood or home, not knowing if anyone in Sydney would pay money for it.

It’s becoming increasingly hard to find restaurants that are genuinely meaningful to the communities they serve, so I think it’s a good time to shine a light on those that do. Here's our favourite “Local Knowledge” instalments of the year."

Panlasang Pinoy
I first got a tip about two Filipino restaurants in South Sydney from Kenneth and Karen Rodrigueza of Donut Papi. “I don’t know what their names are but the one in Kogarah is our favourite,” they said. I asked around and most other Filipinos said the same.

They didn’t have a website, or even a Zomato page at the time, so I didn’t know what to expect. There’s nothing more exciting to me than walking into a restaurant and being instantly confronted by an entire counter of things I’ve not only never tried, but have never even heard of. This was an extreme version of that. On the counter I saw half-developed duck eggs; sweet Filipino bread buns; a gallbladder soup; taro leaf and coconut stew; and behind all that a charcoal barbeque (aerated by a hair dryer and flanked by two pieces of cardboard) with stuffed lemongrass squid, sticky pork skewers and chicken feet – a nostalgic snack for the owner who grew up selling tomatoes and onions for cents on the streets of Manilla.

Stuyvesant's House
I’m going to be really frank and say I’ve never been a huge fan of German food. I don’t dislike it, it just doesn’t excite me the way other cuisines do. I’ve always thought of it as just meat and three veg.

What I loved about Rudi and Max Dietz’s restaurant Stuyvesant's House wasn’t the food – although it does a great version of German cuisine – but the brothers’ story. They have been running this restaurant since 1973, they took over from a Dutch owner who opened it in 1961; it’s one of the oldest restaurants in Sydney. Since then they’ve not only expanded the restaurant’s repertoire to include literally any German dish customers ask for, they’ve built their own cellar to store more than 4000 bottles. If you go, ask to eat downstairs; there’s a wooden dining table in the middle of the self-excavated labyrinth-like cellar.

La Casa Latina
I’d been interested in Mexican food since the column started in mid-2015, I just couldn’t find any eateries to cover. All the Mexicans I spoke to said there aren’t any Mexican restaurants in Sydney, only American-Mexican ones. That is until Rosa Cienfuegos opened a pop-up stall in Marrickville Markets in May of this year. She’d been making tamales and corn-tortilla tacos at home for friends for months but decided to experiment with her own stall after her clientele expanded to include more and more people she didn’t know.

She still gets requests from those same people, so her stall has an ever-expanding and unpredictable selection of Mexican street snacks. If you’re lucky you might get to see a local mariachi band; if you’re extra lucky it’ll be led by Cienfuegos’s dad, an internationally renowned mariachi guitarist.

Pappa’s Stew
I set myself a goal this year: to learn more and write more about China’s different regional cuisines in Sydney. Although the city has an incredible amount and variety of regionally specific Chinese restaurants, it’s been frustratingly difficult to find information or stories. A lot of the better Chinese restaurants are set up for Chinese customers.

Often when asking for interviews I was met with: “We appreciate the support, but we don’t want any media attention.” Restaurant owners said they were too busy, they didn’t trust us, or they simply wouldn’t be able to deal with non-Mandarin-speaking customers.

The experiences I’ve had, mostly organised through friends and family of the chef, have been immensely rewarding. Of all of them the most memorable was Pappa’s Stew, partly because of the enormous feast we had (see image 18, that’s only about half of it), and partly because we met Zan Wei, a man so passionate about his home province he’s put almost everything he has into making his restaurant look, smell and taste exactly like Hunan.

Hungry Paulie
There’s this extremely popular Taiwanese night-market snack called hújiāo bǐng. It’s a doughy, crunchy-edged bun filled with pork, shallots and a heap of pepper. Until a few weeks ago I thought you couldn’t get it in Sydney, but a well-connected Taiwanese friend told me about a new place called Hungry Paulie. He said it was authentic and run by the grandson of the original Mother Chu’s owner (for those who never went, Mother Chu’s in Haymarket used to be famous for doing an amazing Taiwanese breakfast). I was pretty bloody interested.

X Dreams
This was a bittersweet story for me. The owner of X Dreams, Umakanthan Yogalingam, came to Australia as an asylum seeker. He’d fled Sri Lanka during a period of turmoil and came to Australia via a dangerous boat journey. In Sri Lanka he was a jeweller, but like many migrants he couldn’t find work, so he worked as a dish hand. Slowly he learned how to cook during stints in several Malaysian and Sri Lankan restaurants, until his friends convinced him to open his own place.

He didn’t have much money, so he opened a low-budget restaurant in Toongabbie, near where he’d worked and close to the local Sri Lankan community. Since Yogalingam opened X Dreams he’s had enormous success. Because of the restaurant’s range – it has a street-food section, fresh rotis, a curry counter and a breakfast menu – and ridiculously low prices, it’s become one of the most popular restaurants in the area and among Sydney Sri Lankans generally. 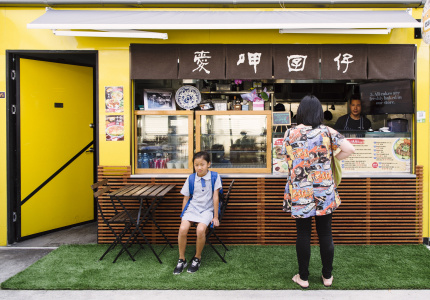