Lentil as Anything Arrives 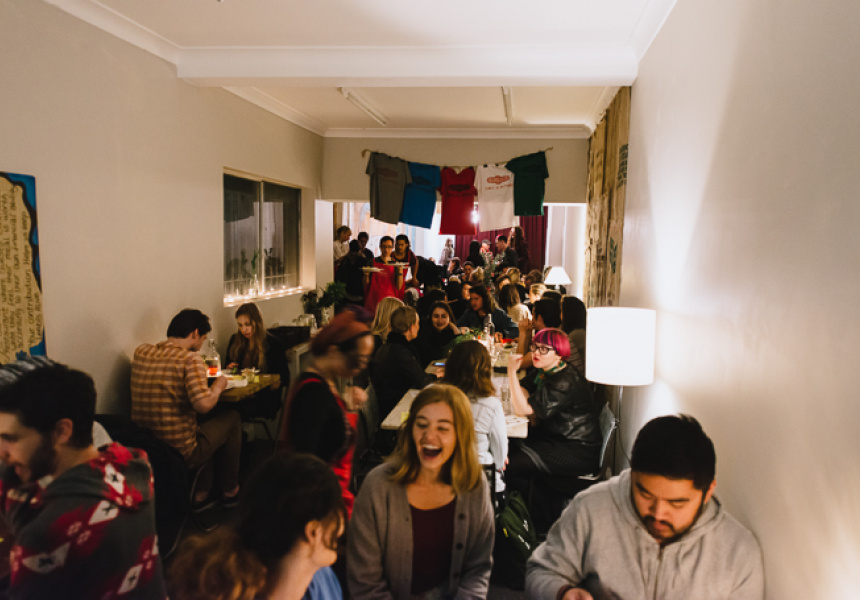 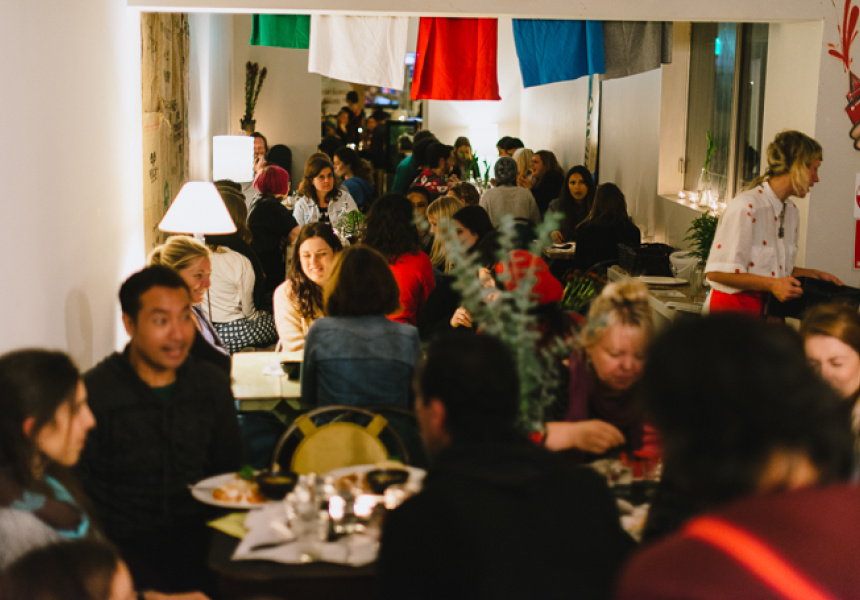 As lauded and diverse as Sydney’s dining scene is, Lentil as Anything’s Shanaka Fernando notes that some people are missing the point of why we eat together. “I think people go to fancy restaurants as a means for establishing their status in the community,” he says.

After four successful venues in Melbourne – the first opening in St. Kilda in 2000 – Lentil as Anything has expanded its pay-as-you-feel empire to Sydney. Its fifth restaurant opened on King Street in Newtown this week as part of South King, a co-op with four other businesses.

Fernando, a Sri Lankan expat and the social entrepreneur behind the business, has flipped the traditional, fixed-price business model to offer a fundamentally different dining experience. “When people eat there is a natural kinship and trust that forms. Once people eat together, there are no ill feelings,” Fernando says. This is the mantra at the heart of his restaurants, which focus on food at a community level, rather than solely for profit.

Whether he is right or not about this, his system is as simple as it is famous. Customers pay as much as they can afford or they think the food is worth. No questions asked. Instead of chasing profit margins and pay scales, Fernando wants to bring to Sydney values of social inclusiveness. The menu, to be rolled out over the coming weeks, features an array of vegetarian and vegan dishes: Sri Lankan Farmer's Dosa, a crisp chickpea and rice-flour crepe filled with spiced potato masala, served with tomato chutney and a fresh cabbage and onion pickle, and a mushroom and lentil burger, served with vegan aioli, caramelised onion, tomato relish and a fresh rocket salad.

His staff members are also, accordingly, atypical. Each volunteers their time and many are refugees or long-term unemployed. Fernando, who has a Sinhalese background employs Tamil staff members – two ethnic groups of the Sri Lankan region that have historically been political enemies.

The Newtown restaurant will also run largely on volunteered time and will source staff from marginalised groups in the Sydney area. “We have 20 volunteers ready to go in Sydney,” says Fernando, but more are needed, particularly those with hospitality experience.

Customers can expect to eat with people they might not normally get to meet. “We had one guy who was going to jail the next day and was having a final meal with a close friend,” Fernando says. Patrons of the restaurant come from all backgrounds and income brackets. Lentil as Anything has demonstrated that food – but more specifically the act of sharing it – can be a great leveller in our society. “You might see a skateboarder sitting next to a conservative Indian father,” Fernando says.

After meeting Ronni Kahn, founder of food rescue organisation OzHarvest, on Australia Day in 2007, the pair, who share similar values around sustainability, community engagement and, of course, food, struck up a friendship that has brought them together again for Lentil as Anything’s Sydney venture. “Ronni has promised [OzHarvest’s] support to the best of its ability,” says Fernando.

With around 70 per cent of food either coming directly from growers and farmers, or from the wholesale market, the rest is donated from food-rescue operations. Foodbank has also pledged support for the new Sydney restaurant.

Lentil as Anything
531 King Street, Newtown

If you can volunteer your time long-term at the restaurant, and have hospitality experience, send an email to sydney@lentilasanything.com with your details.