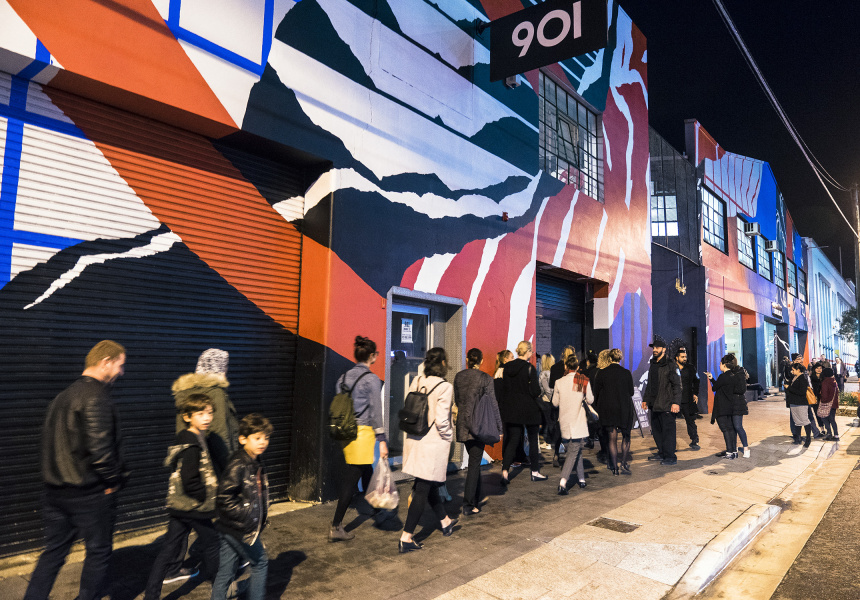 To celebrate Eid – the end of Ramadan – COMMUNE teamed up with not-for-profit organisation Act for Peace to throw a street party. For one night only COMMUNE’s Waterloo warehouse was filled with all the colour and energy of a marketplace.

Queues to get into the warehouse went for several blocks. Once inside, the first thing that hit you were the smells of barbequed meat, cinnamon, mint and saffron. And then came more queues. Hundreds of people were crammed into one narrow, fairy-light-lit laneway, under colourful umbrellas. Folks crowded around vendors selling food from far-off lands. Vendors shouted over the din, proudly explaining what they were selling, how their grandparents had taught them to make it, asking passersby by if they had tried it before.

There were steaming rice pots with minced lamb, and macaroni smothered in a rich tomato sauce that was then doused in vinegar and chilli sauce. Pita (with the texture of a bao bun) was filled with grilled-lamb and tabouli. To drink there was hot milk and sugar-cane juice.

In the adjoining space a projector screened Middle Eastern films against the wall while people sat down and ate at communal tables.