It’s the end of an era for a much-loved Italian providore and restaurant. 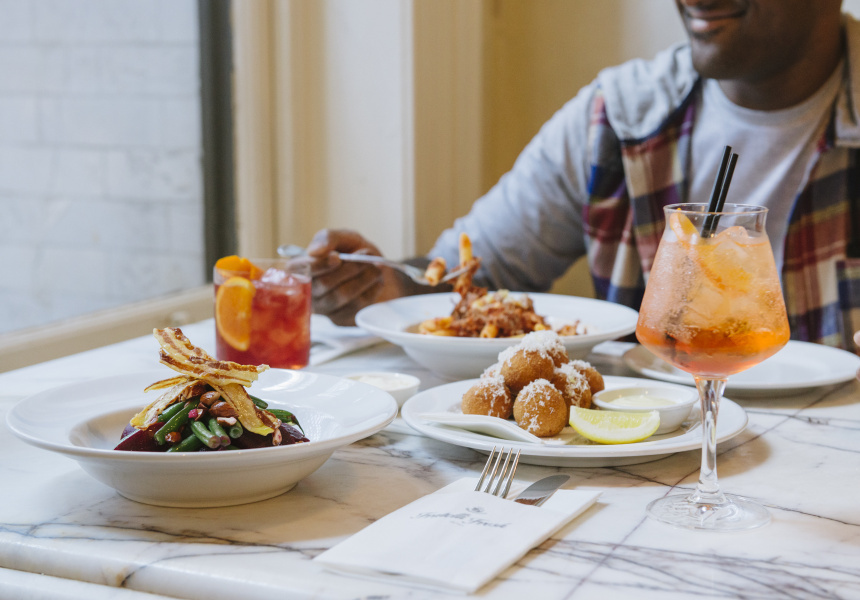 Fratelli Fresh was part Italian grocer and part buzzing restaurant, Sopra, when it opened in November 2013, then under the ownership of Barry McDonald, who had a knack for creating innovative and successful ventures. Embraced by the local Potts Point community, the venue was part of a franchise that included four stores at the time – the first Fratelli Fresh opened in 2004 in Waterloo’s Dank Street.

Like the original, the Potts Point venue was the place to go to buy groceries to impress your Italian relatives, and enjoy a casual plate of pasta. It was also home to the famous banoffee pie.

Last year, UPG made the decision to downsize the much-loved grocery section of the Potts Point venue, as well as installing bar stools along the street-facing windows. In late 2017, due to rising rent costs, a decision was quietly made to discontinue the lease.

“Our 10-year lease was due to end in April 2018. We were open to staying at that location if we could negotiate a renewal, however with five per cent yearly rent increases on the horizon, it didn’t make good business sense,” Rockpool Dining Group chief executive officer Thomas Pash told Broadsheet. “Our latest Fratelli Fresh at the Entertainment Quarter, which has a lovely leafy aspect and a spacious indoor-outdoor beer garden, is a great destination for diners in the Eastern suburbs.”

The high-profile Macleay Street site, along the same drag as popular restaurants including Apollo, Billy Kwong and Cho Cho San, is likely to be on the radar of Sydney restaurateurs.