From trend to favourite - and where to try it. 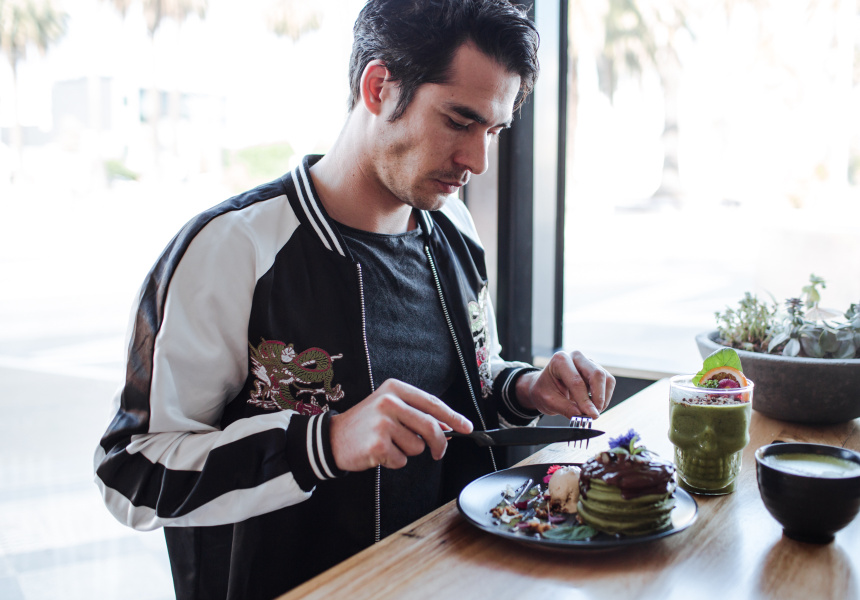 Nic Davidson first noticed the matcha trend in Hong Kong. It was there in 2013 he first tried the powdered green tea that would become the namesake of his Australian business. “I had a matcha latte in Hong Kong with litres of sugar syrup in it,” he recalls. “Then I had it in a smoothie and heard about its health benefits. I decided I wanted to bring matcha to Australia.”

Davidson launched the distribution service Matcha Maiden with his partner in 2014. In early 2016 he followed with vegan cafe, Matcha Mylkbar in St Kilda. The cafe’s menu has traces of green in every section: matcha powder is dusted over vegan eggs, mixed into breakfast bowls, ice tea, smoothies, lattes and cooked into the cafe’s lurid-green burger buns and stacked pancakes.

“You see matcha in doughnuts, cupcakes as well as really healthy dishes,” Davidson says of the powder’s versatility. “We’ve got customers who put it in fish curry.”

Is there any scenario matcha doesn’t work in? Davidson describes his attempt at a bulletproof matcha (like a “bulletproof coffee” – coffee with a chunk of butter in it). “It took an hour each time to make and cost about $20,” he laughs. His attempt at a “Military Latte” (a shot of coffee and matcha), didn’t work out either.

Davidson’s advice is not to have more than a teaspoon of matcha in a drink. “It’s got caffeine in it, so you’ll get a bit of a buzz on,” he says. “When we started our business I tasted around 50 different matchas in one sitting and had the worst headache – I was seeing green for days!”

Amber Sunderland, co-owner of Sydney tea shop T-Totaler also uses matcha across a range of drinks and dishes. She puts its widespread use down to the powder’s umami flavour.

“At home I’ve rubbed matcha all over pork loin and baked it,” Sunderland says. “It’s a very fine powder, so it’s easy to use in desserts but also in savoury dishes.”

For Amber’s partner, T-Totaler co-owner Paul Sunderland, the act of making matcha tea is rewarding in itself. “You can never really make the same cup of matcha,” he says. “I’m always trying to make it better, make the bubbles on top slightly finer, learning how to make it better every day. For me, making matcha is the pursuit of perfection.”

T-Totaler serves matcha whisked the traditional way, but also in hot chocolate (with a matcha marshmallow); as sparkling, cold matcha; in matcha sponge cake; meringues – the list goes on.

Paul makes matcha the traditional way – with just hot water and a specialised whisk – as a “soothing ritual”. “Taking time from a busy life to make and drink matcha means I take a step back to relax before tackling the rest of my day,” he says.

Sam Mason’s introduction to matcha was decidedly far less traditional. The top New York-based pastry chef and co-ounder of OddFellows ice-cream company in Williamsburg fell in love with matcha via his local convenience store. “I had one of those damn Matcha Green Tea Kit-Kats,” says Mason. “It was delicious.”

“Five years ago if you asked what matcha was, not many people would’ve been able to answer,” says Mason’s business partner, Mohan Kumar. “But now Brooklyn has become such a food mecca and a frontier for new places to open up, matcha is a new trend.”

Places to try matcha green tea in your city: 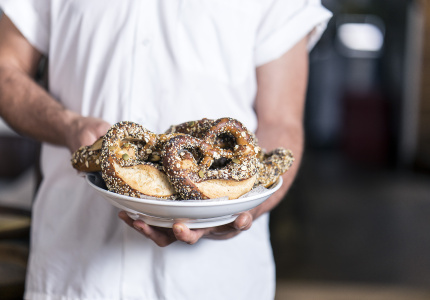