With an indoor charcoal grill and mountains of dumplings. 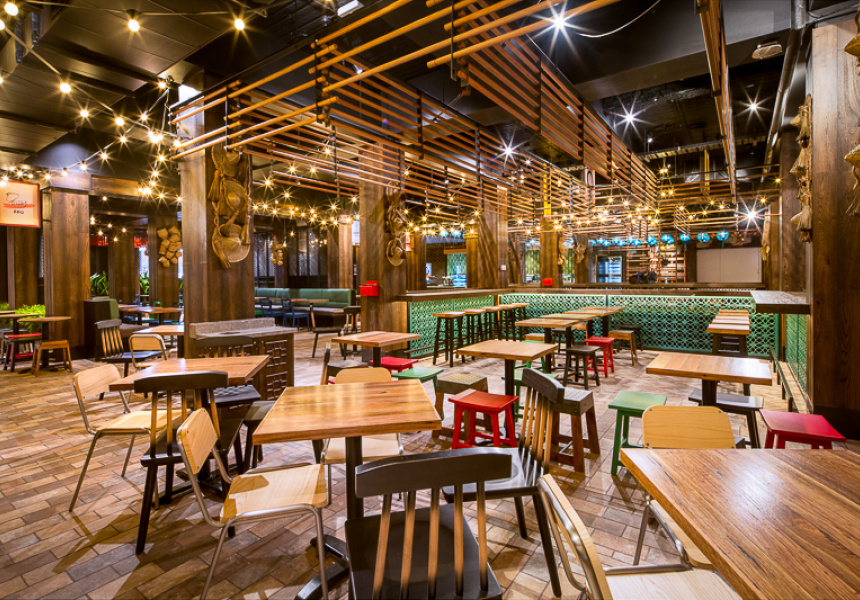 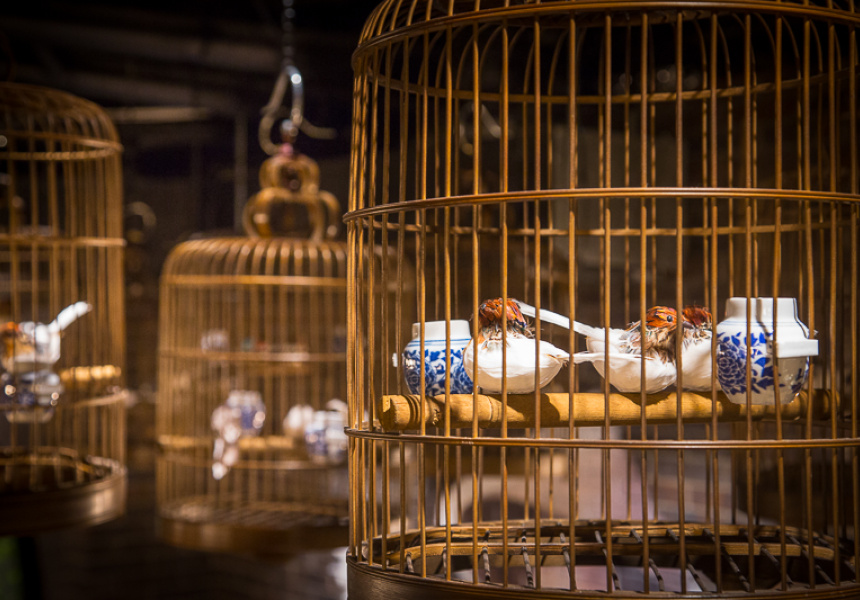 “Australia has easily the best Asian food in the world,” says Adam Liaw, MasterChef winner and ambassador for the new District 8 hawker precinct in Sydney’s southwest.

He puts it down to the variety of Asian cuisines in Australia, and the exceptional quality of produce. “There’s such a strong diversity of Asian cultures in western Sydney. Out west, you can get any kind of Asian food you can think of.”

Located in Canley Vale at the Cabra-Vale Diggers Club, District 8 features cuisines that follow the path of the Mekong River. Chinese and Cantonese foods are represented, as well as foods from Thailand, Laos, Cambodia and Vietnam.

“It isn’t a food court per se,” says Liaw. “It’s more like a hawker market, where you go from stall to stall to get your food.”

There are congee and noodle soups, a huge bakery and an indoor charcoal grill cooking up seafood you can choose yourself from the fish tanks. A small army of cooks is responsible for dumpling production. They deftly flatten dumpling skins with tiny rolling pins, weigh out portions of pork and prawns and pinch the ingredients into hundreds of uniform pockets to be served the same day.

Fresh fruit juice is on offer, as well as sugar cane juice, which is pressed by squeezing the fibrous stalks of sugar cane between metal rollers. There’s also a full bar with an extensive wine list and cocktails like the Pink Lotus, a tequila-based drink shaken with pomegranate and sour apple liqueur.

The 600-seat precinct took nearly a year to complete, with weighty consideration given to elements meant to bring about good fortune. Eight is a lucky number in Chinese culture, and numerologists were consulted to select an auspicious opening date. The layout and seating were planned with respect to feng shui for a harmonious environment and more than 200 maneki neko (good fortune waving cats) imported from China adorn a feature wall.

Between the variety of Asian food and importance placed on good fortune, Liaw says District 8 doesn’t just represent South East Asia, but Australia too. “Clubs are made up of their members, and the Diggers Club has a lot of Asian members. District 8 is a true representation of the club, of Western Sydney and of Australia,” he says.