From the Cliff Dive to Crows Nest

Yakitori Yurippi is like eating at a friend’s house if they were a designer and a chef. 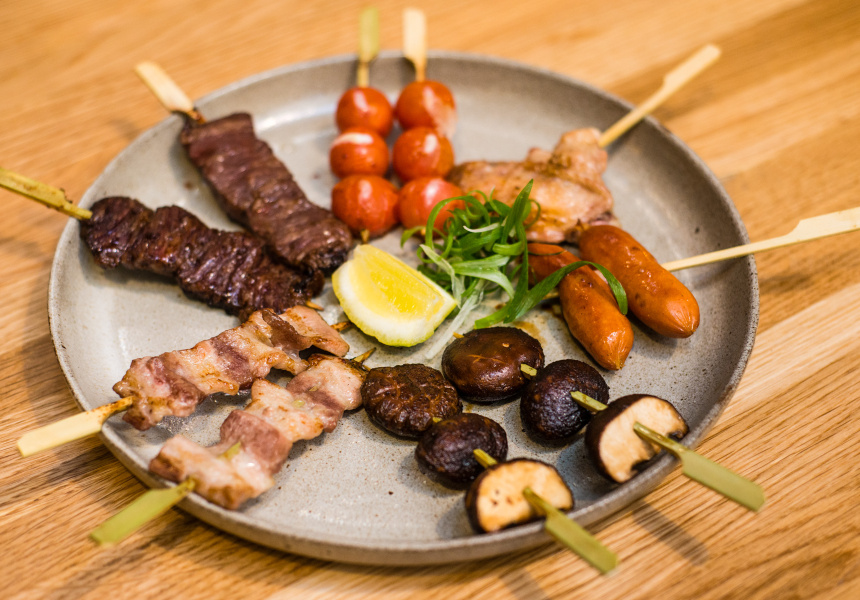 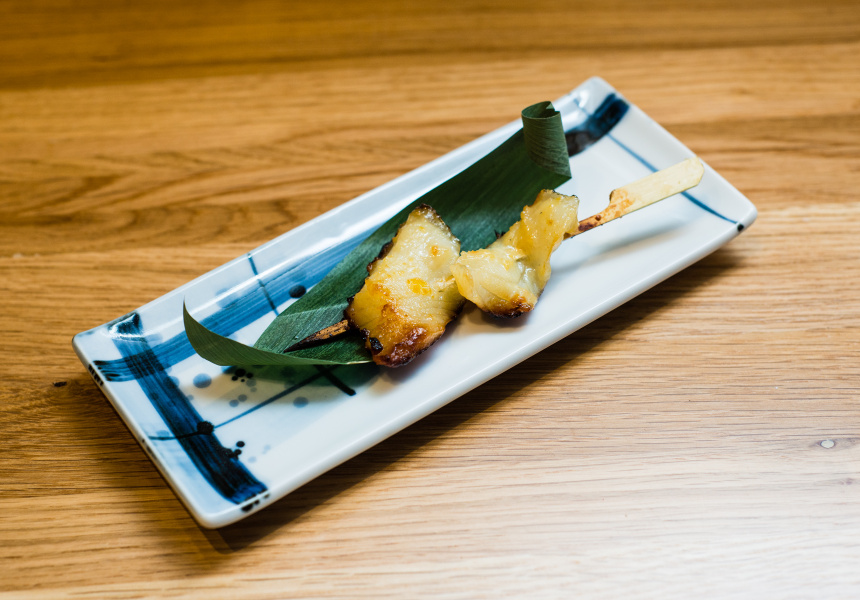 Remember those guys who ran the yakitori grill at Cliff Dive? One of them has opened a new venture. Tin Jung-Shea is joined by school friend Mitomo Somehara for Yakitori Yurippi. The duo is cramming the food from Cliff Dive and its nomadic yakitori stall into a living-room-sized restaurant-bar in Crows Nest.

With so much cuisine reinterpretation going on in Sydney, it’s surprising to see a group of young guys (Shea and Somehara are joined in the kitchen by newcomers Kazushi Kuriyama and Yoshi Taguchi) open such a classic Japanese-style restaurant. For those who’ve been in rural Japanese izakayas or neighbourhood yakitori bars, it’s like one of those – super chilled and social. You’re encouraged to order as you go, accompanied with a beer. “It's casual, just grab a bite,” says Shea.

There are a surprising number of seats for the small space. There are the front stools around the bar (which is also the kitchen), a wooden booth and some tables at the far end of the room. Wherever you sit, you’re likely to be engaged in conversation by Shea, Mitomo or one of their beautifully uniformed staff members. “In Japan it’s not weird to eat by yourself, but here, you just look like a loner. We want to make it comfortable for people to just sit at the counter, have a chat, order some sides and have some skewers,” Shea says.

Similar to what you’d find in Japan, the yakitori is ordered by the skewer with a number on a paper docket. The range reaches from succulent chicken thigh and pork belly to gizzards, chicken cartilage and cheese kranskies. Each skewer comes with a choice of either Shea and Mitomo’s sweet-soy masterstock or just salt. “Japanese people always go for the salt, the Caucasian customers always go for the sweet-soy,” Shea chuckles. The signature, Mitomo says, is the chicken meatball, a rough blend of chicken mince, garlic, onion and a secret Japanese barbeque sauce. It’s grilled and served over an onsen egg. The trick is to use the meatball like a fat spoon, plunge it into the egg’s heart and lather it in the yolky ooze.

While the yakitori is a palate lubricant for booze, Taguchi’s sides offer a softer, cleaner foil. Try the pepper-dusted kombu and semi-fermented cabbage, a weirdly zesty umami hit. Shea loves Taguchi’s dashi tamago; “It’s basically like a fried egg that's rolled. You can see him do it. It's freaking awesome.”

At the moment the team is offering just a small range of Japanese beers, but in the near future Shea will work with Tetsuya’s sommelier, Pak Chan, on creating a list of whiskey, sake and wine. Shea and Mitomo say they’re also hoping to experiment with opening the store during lunch hours for yakitori don, an idea we wholeheartedly support.