Pizza with jazz, daily-made ricotta and sausage rolls handmade in batches of 4000. “We join benches together and roll out a six-metre-long piece of pastry,” says co-owner David McGuinness. “We pipe the meat and roll out the sausage by hand. It takes six hours each time.”

The lamb, almond, harissa sausage roll is inspired by North African tagine, a stew cooked in a lidded clay pot of the same name.

East Coast Mini Reuben at Reuben Republic – $8
Making the pastrami for Reuben Republic’s most popular sandwich takes weeks. First owner Yoji Matzmoto slow cooks the meat, then after the fat is cut away, he brines it for two weeks, then smokes and slow cooks it again for three more days.

The result is a smoky, soft pastrami with enough saltiness to balance the other ingredients in the East Coast Reuben: sauerkraut and a creamy, tangy sauce.

Fresh ricotta on sourdough with honey at Paesanella – $8
“Our ricotta is as fresh as you can get,” says Massimo Palmisciano of Paesanella. Some customers visit the Marrickville shop daily to buy the fresh, warm ricotta as it’s scooped out of the vats in the morning.

“Some makers use whey by-product to make ricotta,” he says. “Ours is made with only milk.” It takes four litres to make one kilo of the delicate cheese.

In the cafe warm ricotta is served on sourdough drizzled with honey and cinnamon.

A scoop of peach trifle gelato at Gelato Franco – $4.50
Twenty years ago, Franco Riservato spent his savings on a gelato machine and started experimenting. Today he creates an ever-changing, ever-more-adventurous menu of gelato flavours for his shop.

“At the moment we’re doing a peach trifle. I’m really in love with it,” says Riservato. “It’s made from preserved peaches poached in marsala and spooned over vanilla sponge cake and vanilla custard gelato. It’s a beautiful winter gelato.”

You can get three scoops for $8.50, but Gelato Franco isn’t the place to be gluttonous. It’s about enjoying Riservato’s art. “We’re not flashy, we’re small and intimate. It’s about keeping it simple,” he says.

Chilli cheese pizza at LazyBones Lounge – $10
LazyBones’s simple pizzas are fantastic. Made from scratch in-house, the spicy chilli cheese pizza is the perfect accompaniment to a brew by Willie the Boatman and some jazz.

The venue hosts 14 jazz acts a week. “It shifts genres all the time,” says co-owner Craig Pietersen. “Fusion, contemporary, it’s always different. Going is the only way to find out for yourself.” lazyboneslounge.com.au

Sopes at Casa Latina Addison Road – $9
On the first and last Sunday of the month, Casa Latina pops up in an unassuming hut at Addison Road Community Centre. An energetic, cheerful din drifts from the space where Rosa Cienfuegos cooks authentic Mexican fare.

The menu changes regularly, but sopes (“soh-pehs”) are almost always on offer.

Although the vegetarian version is tasty, order the Mexican chorizo for a bit of fire.

Cinnamon doughnut at Two Chaps – $4
Piero Pignatti Morano never intended to make doughnuts. A couple of years ago, he was baking brioche buns for a burger food truck, and he decided to fry one. “It was pretty good,” says Morano, “so we started experimenting with making doughnuts.” 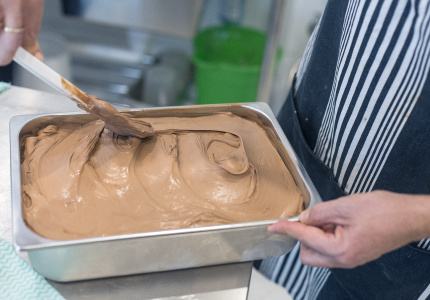 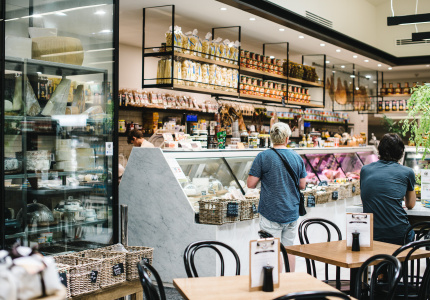