Bungalow 8 Reimagined as a French-Polynesian Paradise 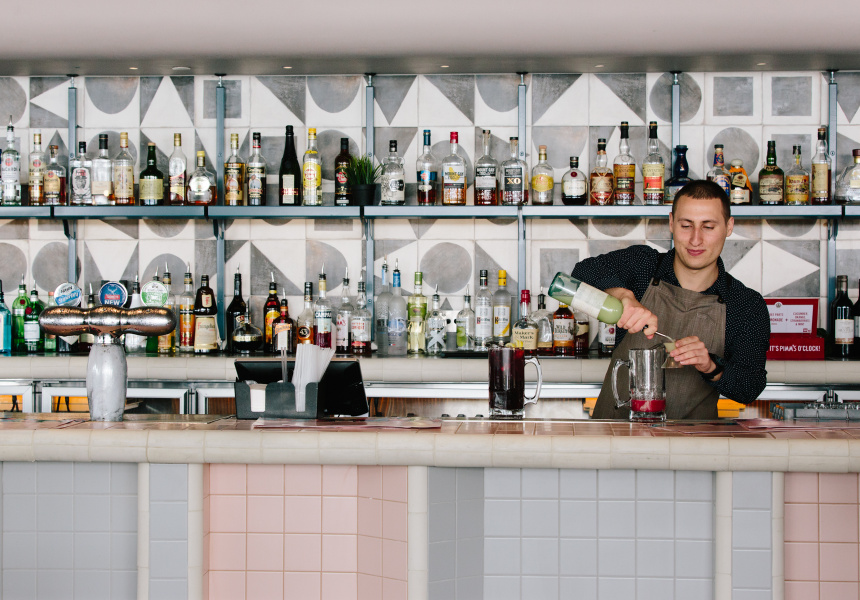 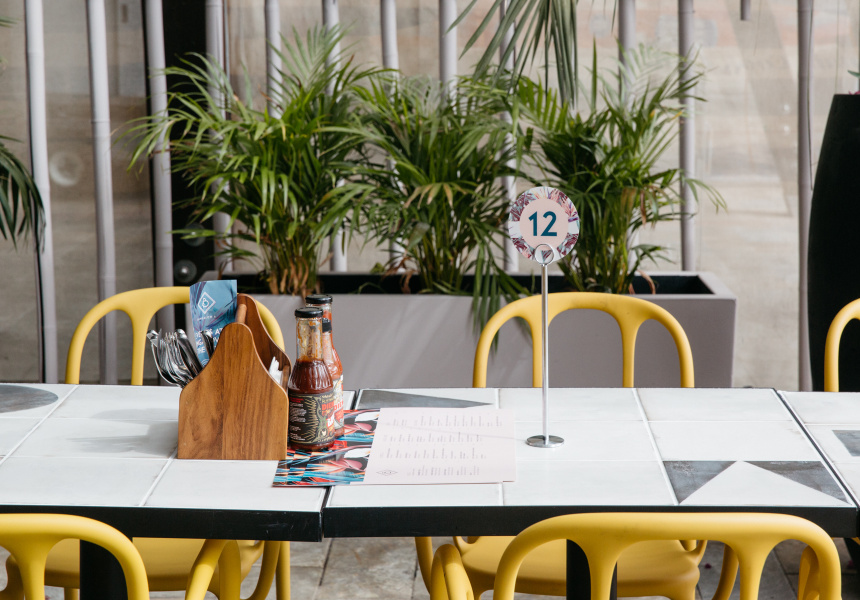 A year after Dixon Hospitality (The Oxford Tavern, 12 Micron) picked Bungalow 8 out of the Keystone Group receivership, the King Street Wharf eatery and club has reopened with a new look and menu.

The venue did well resting on its laurels and relying on customer loyalty rather than innovation, but Bungalow 8 needed an update. “It was pretty lost,” says executive chef Justin Wise. “It didn’t seem to know where it wanted to sit, and the food was stuck in this place from 10 years ago.”

The most notable change is the menu, which is inspired by Wise’s recent trip to French Polynesia, as well as a return to simple fare that focuses on fresh produce. Seafood is the star of the menu. There’s pan-seared mahi-mahi served with charred cauliflower and fennel; a grilled-calamari salad; and a brown rice and salmon poke bowl. There are also burgers and chips, which are loaded with truffle oil and cheese. And a master-stock pork hock that’s braised for hours before it’s deep-fried and served with miniature pancakes, apple, cucumber and chilli. It’s suitable for sharing among a small group.

There’s still a large alfresco area overlooking Darling Harbour, but the space has been completely overhauled, and indoors it’s bright and open. The colour palette consists of pastels and white. Geometric charcoal and white tiles behind the bar have a charming, hand-painted feel.

In some circles, Bungalow 8 was beloved for its nightclub, The Loft. The upstairs venue has been renovated and now has a darker, sumptuous palette of plum, grey and timber. “Bungalow 8 transforms at night. It’s got a great buzzy vibe,” says Wise.