Seafood, Spanish gin and vermouth from the guys behind Tapavino and Balcon. 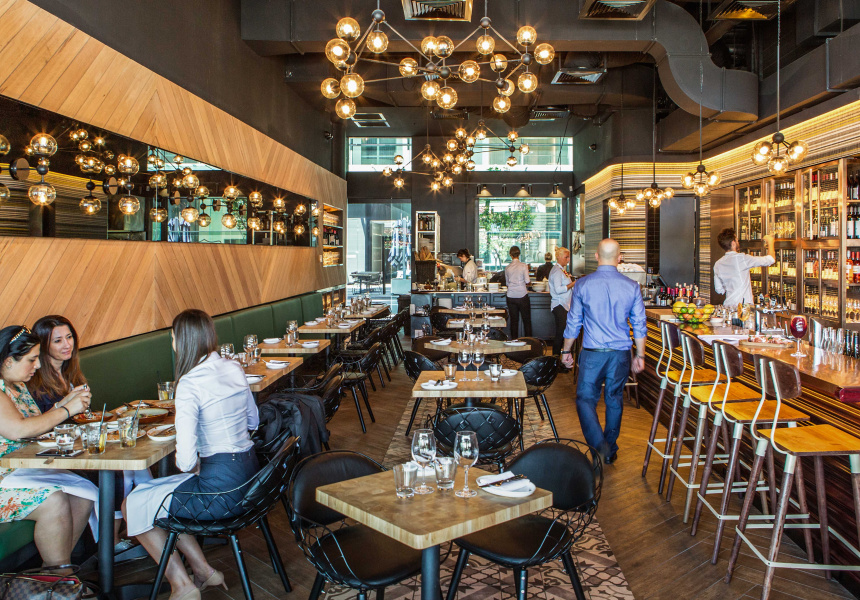 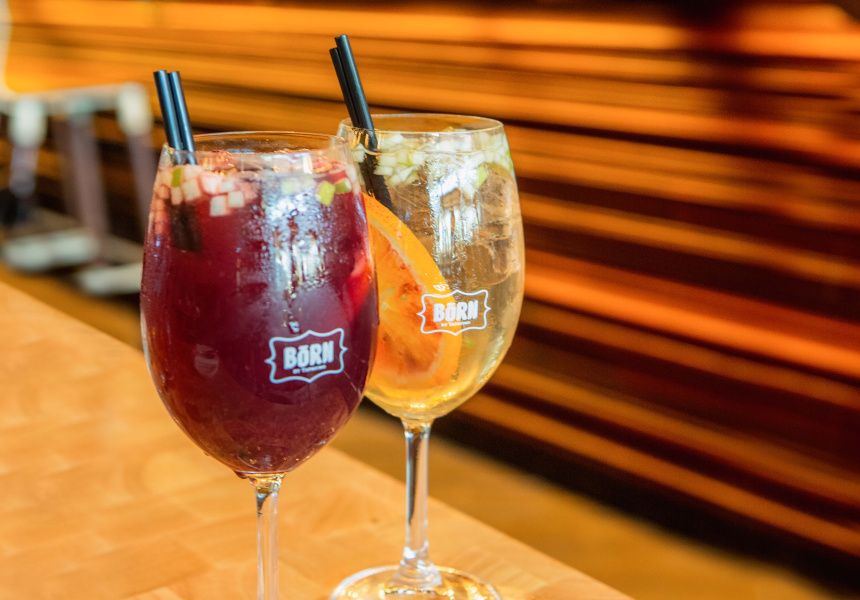 Last year, Frank Dilernia took his Tapavino and Balcon chefs Todd Garratt and Renee Anderson to El Born, Barcelona. They spent ten days there and were so inspired by the trip they decided to bring a little piece of it home.

The result, Born by Tapavino, is a slice of Barcelona in Barangaroo, celebrating a food culture crafted for seaside drinking – salty, punchy, simple, seafood-heavy and less saucy and unctuous than typical bar fare. Head chef Anderson’s dishes are well-suited to warm nights, such as blue-eyed cod and clams in a seafood-and-white vermouth broth; oysters with saffron cream and chives; or even just a plate of jamón with spiced cherries and goat’s curd.

Despite Dilernia’s proclamations that Born’s menu is lighter than Balcon, there are some seriously heavy numbers here: the dome of baked jamón-wrapped-cheese peppered with truffled honeycomb, and a garrotxa (Spanish hard cheese) and pine-nut-cracker sandwich filled with duck-liver pâté and Pedro Ximenez jelly. Both items turn out to be a good match to the drinks list here. Unlike Balcon’s heavy-hitting reds, Born is all about light wines, vermouth and Spanish gin (they’ve got an extensive selection of all three). “A lot of people don’t know but Spain is one of the biggest producers of gin in the world,” says Dilernia. “A lot of them come out of Galicia; they use a lot of eucalyptus.” Spanish gin that tastes like the bush, light crisp reds and vermouth – what’s popular in Barcelona sounds oddly familiar.

The fit-out is basically a mini version of Balcon. Inside it has the same bar-code walls, wine cages and bar stools while the outside is like most other venues on the Barangaroo waterfront: light, bright furnishings. “We're trying to keep a theme between all three venues but without being exactly the same,” says Dilernia. “We wanted to keep that kind of rustic Barcelona vibe.”