The man with a mighty macaron empire has landed in the backstreets of South Yarra. 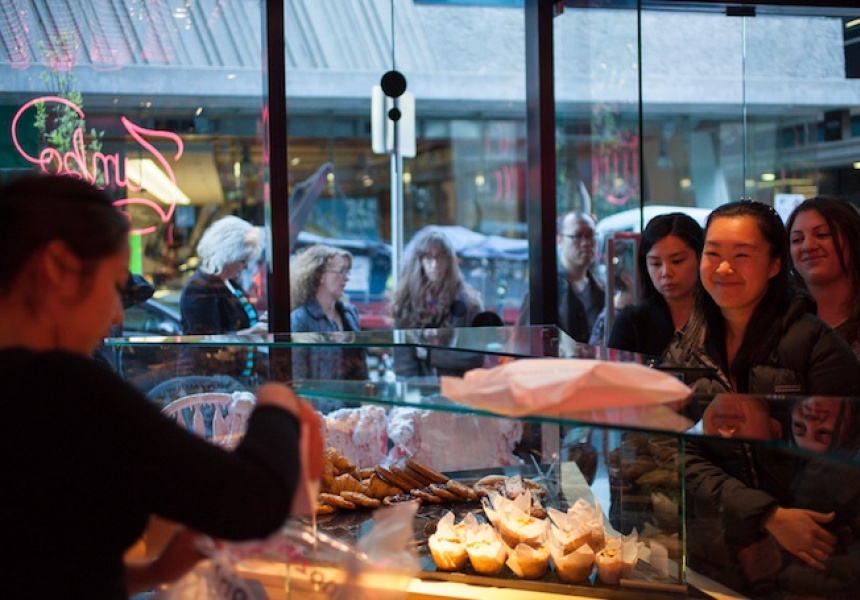 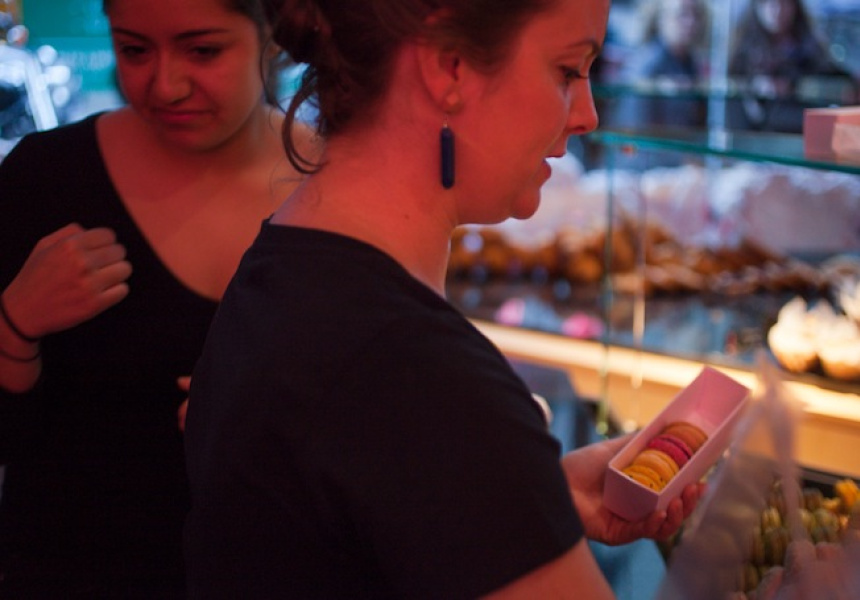 It seems macaron insanity is far more intense than we first thought. On opening day of Adriano Zumbo’s new Melbourne store, there were about 30 people spilling out the door – many of them queueing since just after 6am. One couple from Adelaide was there from 5am.

Nestled in South Yarra with neighbours Mama Baba and Two Birds One Stone, this is Adriano Zumbo’s first foray outside of Sydney. The decor boasts a modern, industrial feel but the store manages to remain laid-back and inviting in the small space.

Daniel Texter, who is at the helm of the Melbourne quarters, has been testing and developing menu items with Zumbo in the lead up to the store opening. He’s ensuring that we too will get a taste of the Zonut - inspired by the blogged-to-death ‘cronuts’ from New York.

Macarons are of course the top order of the day, with titles like ‘caramel banana balsamic’ and ‘salted caramel on toast’ getting you feeling hungry, even if you don’t know if it’s for something sweet or savoury. And then there’s the patisserie menu, featuring a plethora of gateaux and tarts to go with your coffee, including the V8 cake (as seen on Masterchef).

For aspiring pâtissiers, Zumbo is also offering up his baking kits – aimed at helping beginners in their attempt to recreate their very own Zumbarons and other sweet treats at home. Zumbo’s tip for conquering the macaron? Always check the texture: “if the consistency is like soup, it’s all over”.