A spot for vintage motorbikes, cocktails and burgers opens in Waterloo. 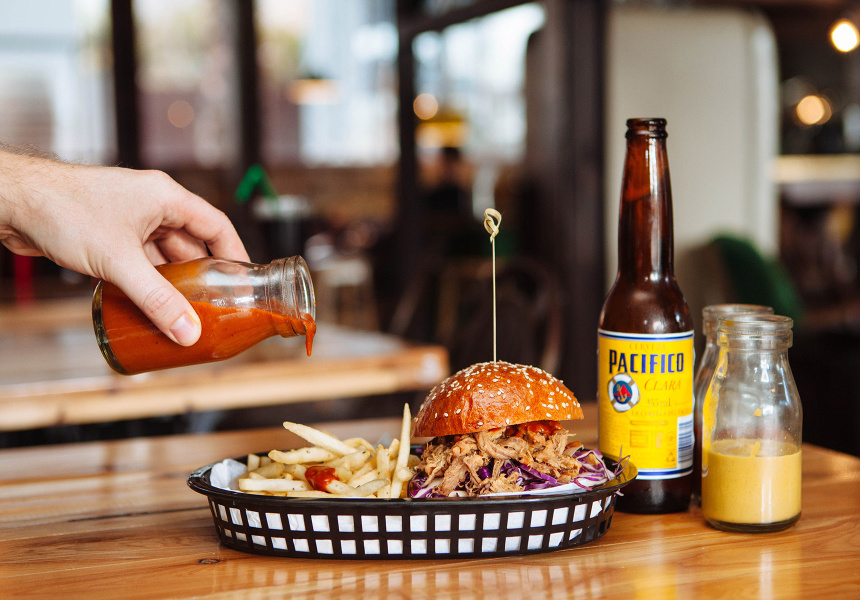 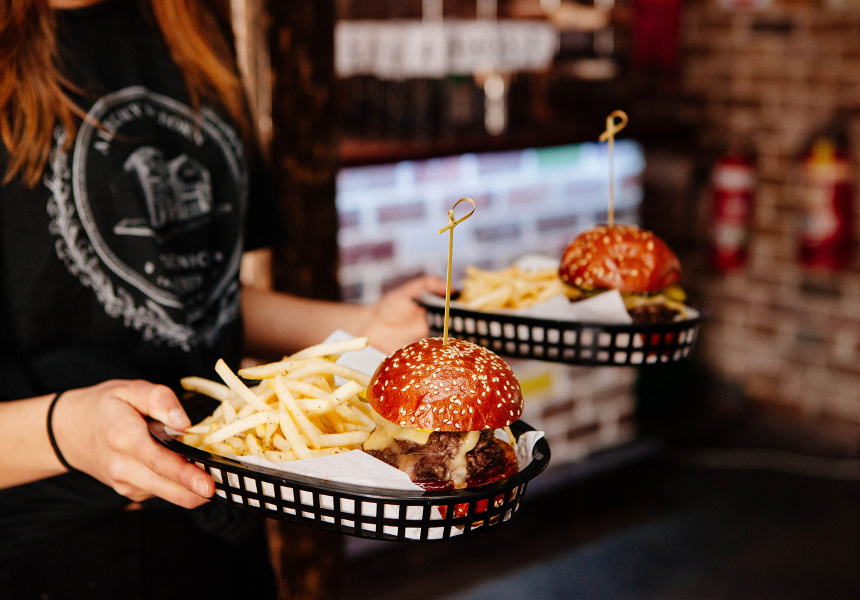 A new burger place seems to open every other week in Sydney. Those that stand out from the crowd don’t just rely on making a good sandwich. Some blast music, while others offer a full American diner experience. Located in the backstreets of Waterloo, 1346Venice sets itself apart like no other. It is home to the largest collection of Crocker motorcycles in the world.

If you have never heard of a Crocker, or what the legendary bike represents, there is good reason. Production of the Crocker began in 1932 when two iconoclast mechanics, Al Crocker and Paul Bigsby, wanted to make the fastest road bike in the world. Before production ended in 1942 just 64 bikes were made. The bikes are now one the most sought-after pieces of motorcycle machinery in the world.

1346Venice is located in an industrial warehouse space named after the address of the Los Angeles workshop where the Crocker was invented. While the venue would make an impressive showroom, it offers a damn-fine selection of classic, American-inspired food. Head chef Duncan Fitzgerald has spent the past 10 years travelling through the American south-east. The menu boasts four burger options and a selection of four homemade sauces; the recipe for each comes from Fitzpatrick’s family in South Carolina. 1346Venice will also offer a different rotisserie meat served with a selection of sides.

The bar offers a good selection of drinks. The currently limited beer selection is made up for by a good list of house cocktails, which draws inspiration from the era of pre-World War Two America, when the Crocker itself was born.

1346Venice does not stop at offering something different. Behind the scenes are two full-time engineers who are making exact replicas cast from the originals themselves. Keeping with tradition, a maximum of 12 bikes will be made each year. And upstairs in a showroom, is a collection of clothes inspired by the Crocker.

The space is available for private events, opening every second Saturday of the month to the public for live music, burgers and beer.

Hours
Every second Saturday of the month, 12pm - 10pm