A beer inspired by the ANZAC biscuit has been created to honour the soldiers from Marrickville who fought in WWI. 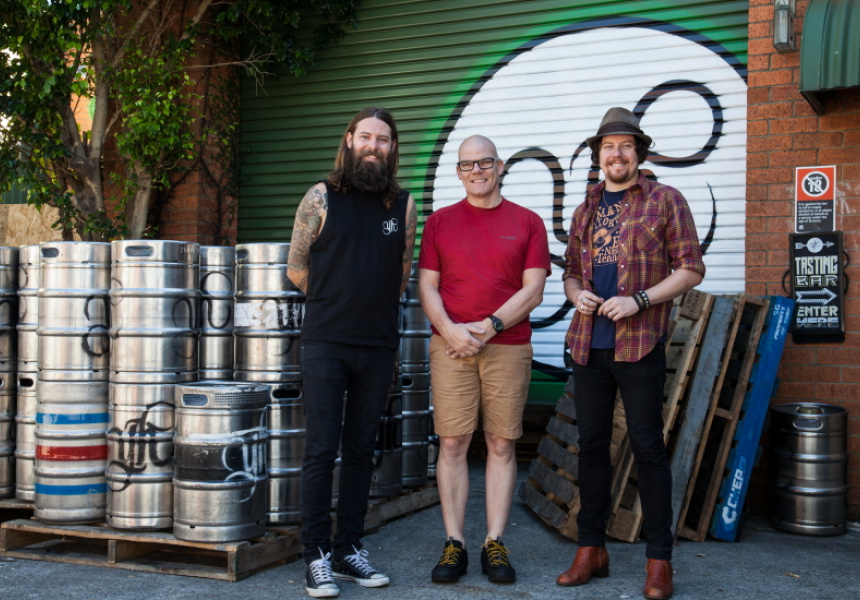 Creating new beers isn’t something we expect of our local government. But Marrickville Council has gone beyond its call of duty and, in collaboration with Young Henrys, has made a beer called Winged Victory, in honour of a resurrected Marrickville WW1 memorial statue (of the same name) that will be revealed on April 19.

“It’s an honour and privilege to have worked with the council to create a beer which we think the local diggers, who fought so hard for Australia, would have loved,” says Young Henrys’ Richard Adamson.

A fitting Aussie tribute, Winged Victory has all the sweetness and crunch an ANZAC biscuit. Oscar Mahon of Young Henrys explains, “We used oats and honey, just like in ANZAC bikkies, then we smoked the malt with rosemary, which is a symbol of remembrance.”

Young Henrys used ingredients that would have been available to the locals during the First World War. “We added New Zealand and Australian Hops in honour of the Australian and New Zealand soldiers who formed part of the allied expedition that set out to capture the Gallipoli peninsula.”

The Winged Victory memorial recognises the 457 soldiers from Marrickville who lost their lives in WW1. Created by local sculptor Gilbert Doble, it portrays the Nike, a goddess who symbolises victory, military success and peaceful competition. A parade through the suburb on Sunday April 19 will end with a free public event at the town hall. It will include the unveiling of the statue, a WW1 photography exhibition and an opportunity to taste Winged Victory.

The Marrickville Council and Young Henrys Winged Victory ale launch will be held on April 19 at Marrickville Town Hall from 11am–3pm.