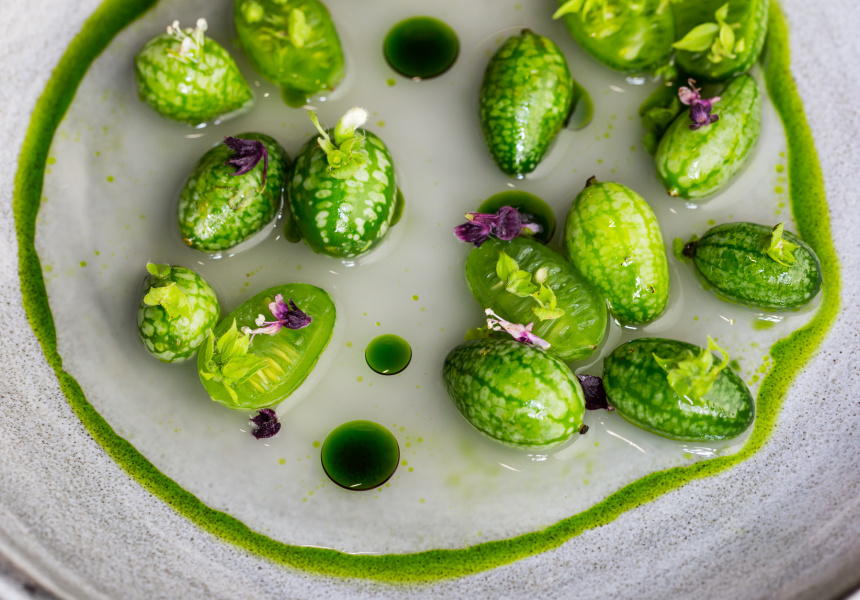 When Yellow opens for dinner today, there won’t be any meat on the menu. It’s not a one-off event or a collaboration, it’s the first day of the restaurant’s new life. With the exception of the restaurant’s famous weekend brunches, it is now vegetarian, and the first restaurant with considerable acclaim to make the switch.

Yellow’s owners, Brent Savage and Nick Hildebrandt (who also run Bentley and Monopole), offer vegetarian and vegan options at all their restaurants. But running an entire restaurant focused on vegetables is something they’ve been thinking about for years. “We’ve had people at Bentley say, ‘Why isn’t there a fine-dining vegetarian restaurant?’ That's provided a lot of inspiration,” Savage says.

Unlike other vegetarian restaurants in Sydney, though, this isn’t a project based on ethics. “We want to be clear that we're not ethical vegetarians, we're just here to make vegetables delicious and to treat them as equal, that’s all,” Savage says. Yellow already runs a vegetarian tasting menu, but the team will start from scratch with a focus on building a wide range of flavours and textures.

One of the smaller appetisers is fermented Mexican cucumbers that burst like grapes and taste like Granny Smith apples. They sit in their own fermented juice next to lily-like drops of condensed basil oil. “All the techniques we've ever used to cook proteins, or in general, we will use to cook vegetables,” says Savage about his approach. “Everything from salting to fermentation to regular roasting.” Savage says he and his team won’t try to replicate meat, but they will be conscious of replacing its savoury, umami flavour.

The restaurant’s first menu has a parsnip pappardelle topped with parsnip crisps and arranged, like a crown, around a confit egg yolk, with a thin gravy of reduced parsnip stock. Like a natural MSG, Savage and head chef Adam Wolfers sprinkle the dish with dried mushroom and almond powder to provide depth and umami flavour. Another dish has spheres of tiny pickled brassica cabbages and yellow beans curved over thick yoghurt.

Savage says he and his team are excited to showcase produce that often gets marginalised in fine-dining restaurants. “The produce is grown, then dug, then we get it. It doesn't go and sit at a market or sit in cold storage,” he says. “There is such a big difference in the flavour of everything if you get it truly fresh.” The menu will be designed around share plates with an optional degustation that becomes compulsory on Saturdays. “The great thing about it is vegetables have obvious seasons in Australia, so the menu will rotate in and out very quickly.”