Yachiyo Might Have Flown Under the Radar, But a Redesign Puts it Back in the Spotlight

With a punchy yuzo sashimi carpaccio and a pork katsu bun you’d travel for. 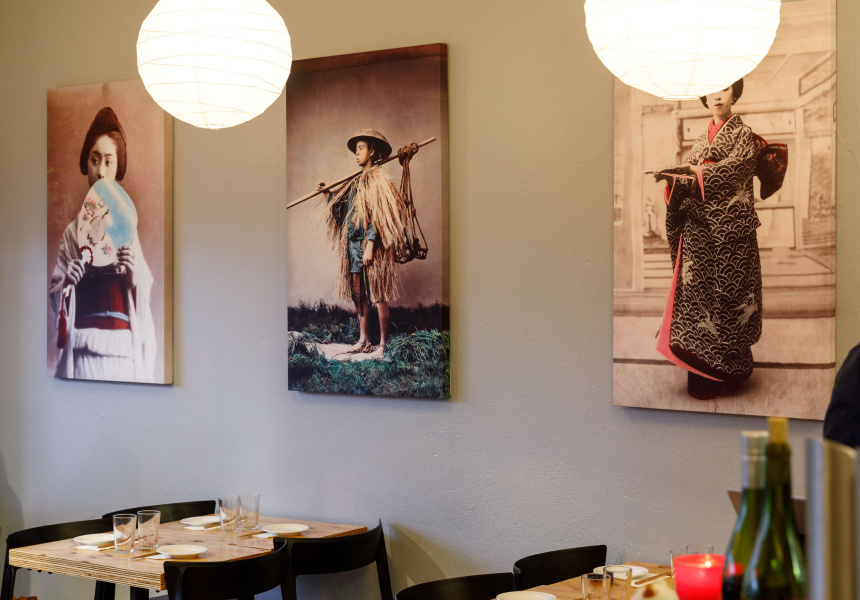 For many Sydneysiders Yachiyo will be a familiar name. It’s been offering izakaya-style food to a local clientele in the inner-city suburb of Darlinghurst since 2009 and, for the past six years, it’s been doing the same in Mosman in Sydney’s north.

Now loyal diners have been enticed by Yachiyo’s no-fuss vibe, its low-key and authentic setting – the Darlinghurst venue could be at home in a Tokyo alley – but mainly because of Mitsuhiro Yashio’s food.

The chef was born on the island of Tanegashima, in Japan’s southwest and moved here after falling in love with an Australian/Japanese woman. Before that he worked in kitchens in California and was mentored by Hiroki Abe, of Kyoto’s Akai, which has been called one of the smallest Michelin one-star restaurant in the world (it has seven seats).

Recently, Yachiyo has begun a new chapter. The Mosman outpost has been given a stylish makeover and the menus at both restaurants have been updated to better reflect Yashio’s cooking style, described as “traditional Japanese with a twist”.

“We set ourselves a goal to reinvent the Mosman restaurant and create a unique, casual and welcoming Japanese experience we can all be proud of,” says Sebastian Kadas, Yachiyo director and co-founder. “We want to offer our patrons an authentic Japanese experience without the need to book a plane ticket.”

Before the shake up, Kadas and Yashio took a trip to Kyoto to eat in as many places as possible, and returned with a bunch of ideas.

They got ceramics and custom-made tables built for the Mosman store and introduced warm timber tones throughout. The walls are now covered in art based on hand-painted postcards from 1920s Japan, and a piece inspired by Japanese contemporary artist Yayoi Kusama was commissioned.

The food is anchored in Japanese tradition, but Yashio has introduced modern flavours and techniques. The sashimi carpaccio is delightfully zesty and fresh – lifted by the addition of a yuzu and chilli sesame dressing – as are the hard-shell tacos, which are stuffed with a jumble of raw tuna, cubed avocado and chipotle miso.

There’s yakitori (skewered meats), a comforting Japanese-style prawn bisque curry, and mochi (Japanese rice cake) for dessert, but Kadas says it’s the pork katsu bun that’s been the biggest hit at the north-side restaurant. “You should see how much people love it, both children and adults,” he says of the panko-covered slow-cooked pork with wasabi jerk mayo in a pillow-soft rice bun. “Sometimes people get to the end of the meal and then decide to order a round for the table – everyone loves them.”