From soulful Polish pierogi to fiery Nepalese momo, our line-up of Sydney’s best dumplings will show you the world. 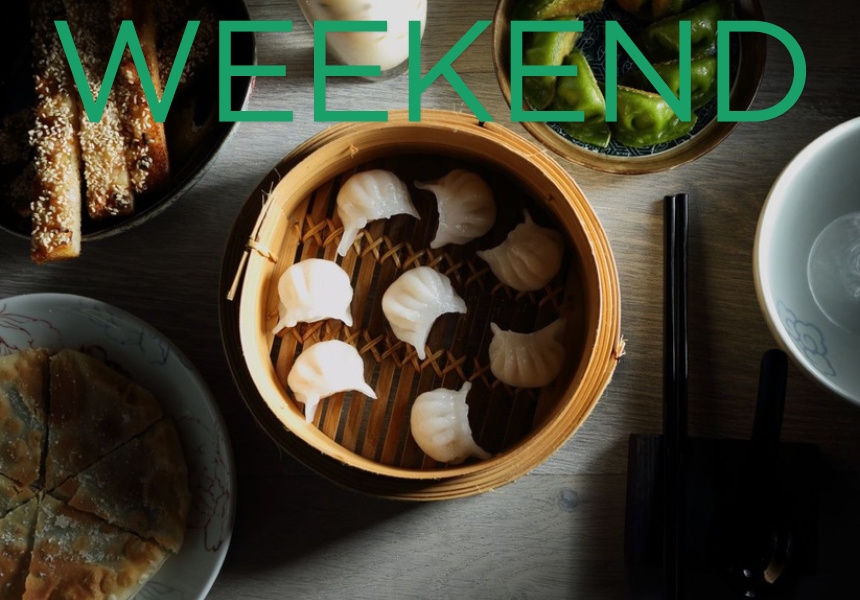 Gyoza
The delicate flavours of gyoza come from a cross-cultural history. The crescent-shaped food was conceived in the ’40s, when Japan’s invasion of China changed its centuries-old dumpling mastery. Since then gyoza – stuffed with ground pork, green onion and cabbage and doused in rice vinegar, soy sauce and sesame oil – have become a fixture in Japanese food culture. The dumplings appear as a side dish in Tokyo ramen shops and with crisp wings in Kamata, a district known for imaginative izakayas. Tradition might not be a factor at Potts Point’s Harajuku Gyoza, where fillings range from roast duck to salted caramel and celebratory shrieks accompany sake orders, but it’s a venue that proves modern-day gyoza worship is alive and well.
Harajuku Gyoza
9/15 Bayswater Road, Potts Point

Momos
Traditionally filled with pork, chicken, goat or buffalo meat and laced with turmeric, chillies and cumin, the momo is a culinary expression of Nepal’s location – the halfway point between India and China. This rustic dumpling, which originated in the Kathmandu Valley, is often topped with fresh coriander and served with a fiery tomato chutney, although ingredients often change with the Himalayan seasons and shifts in local produce. At Marrickville eatery The Everest Kitchen, you can choose three types of momo, crisped to perfection. If you’re daring, it also dishes up a traditional version with wild-pepper dipping sauce and stuffed with water-buffalo meat.
The Everest Kitchen
1/314 Victoria Lane, Marrickville

Xiao Long Bao
Xiao long bao dates back to the Qing Dynasty, when the dainty creation was doled out by Huang Mingxian, a shop owner from outer Shanghai. A lot has changed since 1875, but the world’s devotion to this soupy dumpling has endured. Xiao long bao is often a synonym for Taiwanese chain Din Tai Fung but it’s hard to resist it when it arrives in steaming baskets at Ashfield’s Shanghai Night. Although this dumpling might take seconds to consume, the cooking process (pork stock is jellified and encased in a tissue-soft pancake), can take a maker hours to finish.
Shanghai Night
275 Liverpool Road, Ashfield

Bird’s Nest Dumplings
In Hong Kong, a city shaped by all-night yum cha and neon-lit hawkers, dumplings come in many forms. But to recreate this magic in Sydney, your best bet is heading to Old Town Hong Kong Cuisine. Here, you can order pork dumplings deep fried in a wheat-starch lattice – a nod to the edible bird’s nests sold on Hong Kong’s backstreets. And although this dish doesn’t have much in common with the Chinese delicacy it is named for, created by swiftlet birds and praised for its medicinal qualities, it still feels as though you’re eating something special.
Old Town Hong Kong Cuisine
10a Dixon Street, Sydney

Pierogi
In Poland, pierogi – bite-sized parcels filled with potato, sauerkraut or cheese, and topped with bacon, onions and sour cream – are a heart-warming antidote to an endless winter. And although pierogi are often a centrepiece of Polish celebrations, they are also the dumpling world’s resident shape shifter. The dumpling’s dimensions tend to change depending on whether you’re at a wedding, feasting at Christmas or counting down to Easter. Head to Na Zdrowie in Glebe for a local pierogi fix. Or, to make your own, roll out pastry circles, fold in the filling and use the same technique you would for making homemade ravioli. Best served with liberal helpings of borsch.
Na Zdrowie
161 Glebe Point Road, Glebe

Pelmeni
Russian for “earbread”, Pelmeni was a hit with Siberian hunters, who would lug around frozen sacks of the semicircular dumpling as a supply of non-perishable food. Luckily, modern-day variations – which encase minced pork, lamb and chicken, and are served with horseradish, dill and vinegar – are way more appealing. Pelmeni are traditionally made at the start of winter and in regions such as Tatar, served in a clear broth. Decamp to the Russian Club in Strathfield, for oversized heapings of this Russian specialty – and make sure you garnish with plenty of sour cream.
Berezka restaurant at the Russian Club
7 Albert Road, Strathfield

Mandu
In Korea, the best mandu is served sizzling hot by street vendors in Bukchon, a historic neighbourhood in the heart of Seoul. But they also play a starring role in beef broths that grace the tables at the country’s flashier restaurants. Luckily, you don’t have to board a plane to experience this neatly wrapped Korean dumpling. In Sydney, you can find mandu – which is made with a meticulous folding and stuffing technique, involving kimchi, scallions and endless reserves of patience – at Kim Restaurant in Potts Point.
7/24-30 Springfield Avenue, Potts Point.