A Word with Bill Granger

As Bill Granger opens his newest cafe on Bondi’s Hall Street, our editor Sophie McComas sits down with the chef and restaurateur to talk about his beach homecoming and taking relaxed Sydney dining to the world. 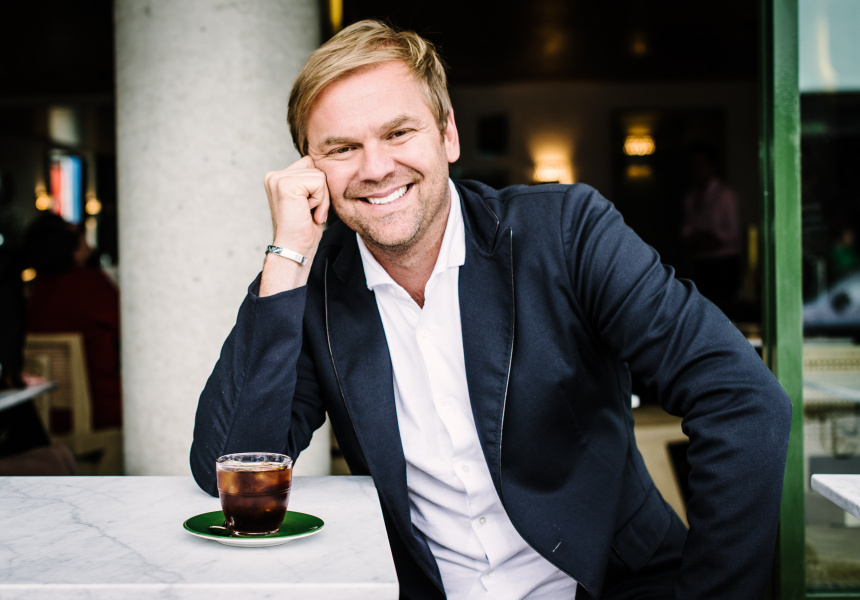 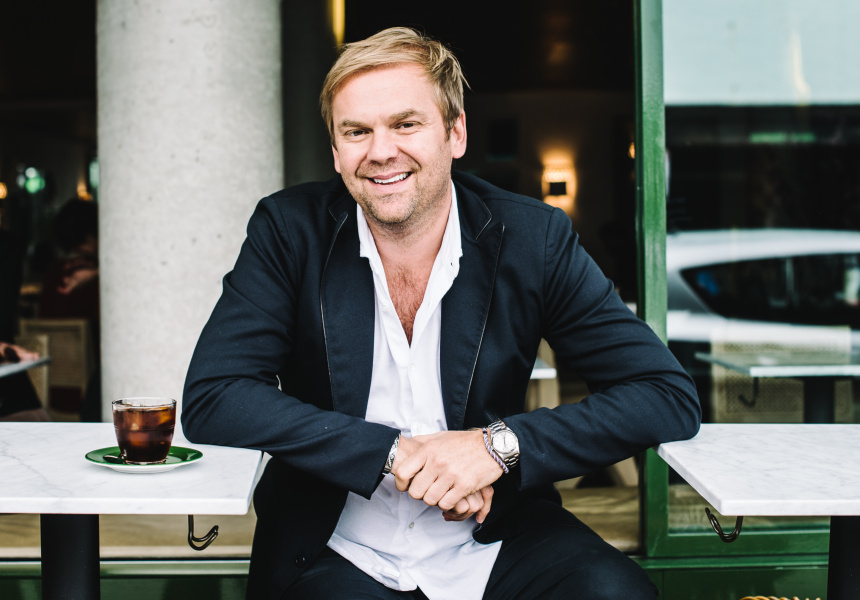 When I first opened bills in ’92, the site I really wanted was actually on Hall Street, just up the road. But I couldn’t get it because I was too young and the landlord didn’t want to give me the space. I was really disappointed, but then we went and opened Darlinghurst. Things always work out for a reason – I’m a great believer in that. When the chance to come back down here came up, I thought, “I’ve got to do it”, it’s like coming home. And I live locally, too. This is my fifth trip back [to Sydney] this year.

Bondi has a special energy. We’re not really a city restaurant – we’re very much a neighbourhood restaurant, in neighbourhoods that people don’t like to leave, whether it’s Darlinghurst or Bondi or Notting Hill, they’re all quite similar.

Here in Bondi, it’s more like our restaurant in Westbourne Grove, in London, which is a similar size, it’s got a similar energy. It’s a place to pop in all day, for breakfast, lunch and dinner.

I like Bondi’s mixed-up-ness. I like the fact that there are kids on skateboards, locals. You also don’t really have to leave it, you can just walk around – it’s a bubble. I wanted to make this restaurant [designed by Sydney design studio Meacham Nockles McQualter] relaxed and casual – make it like my living room, which is really what I tried to do with the big leather banquettes; they’re like sofas so you can lie around. I wanted to make it like a big, relaxed Bondi house.

It’s really lovely what’s happened here [on Hall Street] especially. Bondi and Campbell Parade are often just for the visitors, but I think what’s happening now is that Bondi’s being developed for the locals, which is really nice. It’s getting businesses from Darlinghurst down here too, Messina and A Tavola for example, it’s much more user-friendly now.

When I first moved to Sydney from Melbourne, I was seduced by Sydney’s glamour. People sometimes refer to it in a disparaging way, that glisten and the light. Everything sparkles a bit in Sydney and everyone looks great here, but that’s what I try to take [with me overseas]; a little bit of that glossy sheen. Light’s really important, We have big yellow awnings in London to give everything a soft glow like you get here in Sydney. It’s about texture, too. Things like mirrors, to bounce a bit of light.

I bring back things from overseas, too, as well as taking bits of Australia over there. I bring back a bit of silverware from London usually; it’s that formality of London that I love. The silver ice buckets in the Bondi cafe are from an old hotel. From Japan we got the glass teapots, the cold-brew machine. The brass-work was done in Hawaii, while the cane chairs outside we got made in Honolulu. The aprons are from Seoul in Korea where we’re about to open. I like to think of the restaurants now as very well travelled. The menu is well travelled too.

Our dinner menu is not meant to be for a big night out. We’re just a place to come and eat, relax and have a glass of wine, eat early, or bring the kids for an early supper. We’re not a place to dine, but we’re a place to eat when you can’t be bothered cooking. The food we do is home cooking. It’s really healthy and light, we don’t muck around with it. Especially here in Bondi. For me personally, I’m really worried about what I eat and about things being healthy, so it’s a big part of the menu.

We’re having a lot of fun with the drinks list. I think I’ve got that from Japan, because the drinks culture is so enormous there. London is a big cocktail town, too. I love the mango and avocado smoothie in the mornings, which sounds bizarre but it’s actually quite delicious – really light and dairy free.

Our customers tend to be people who work in creative industries, or they work for themselves. If they’re freelance they work from our cafes. Those sorts of people are growing all over the world. I like that. I think what we try to do is create a third place in people’s lives, so you have your home, your workplace and the third place where you feel comfortable, that you make part of your life, and that’s what I think a good restaurant should do; become part of your life.