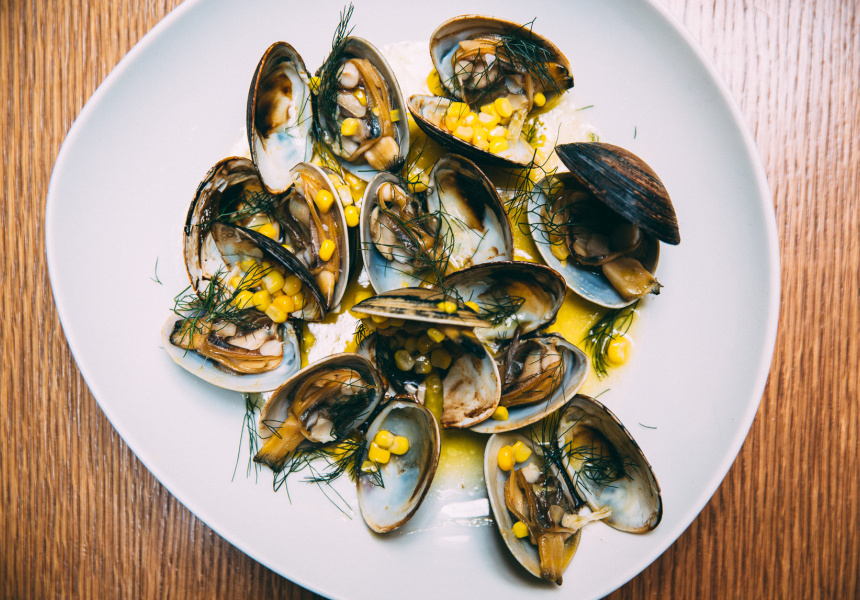 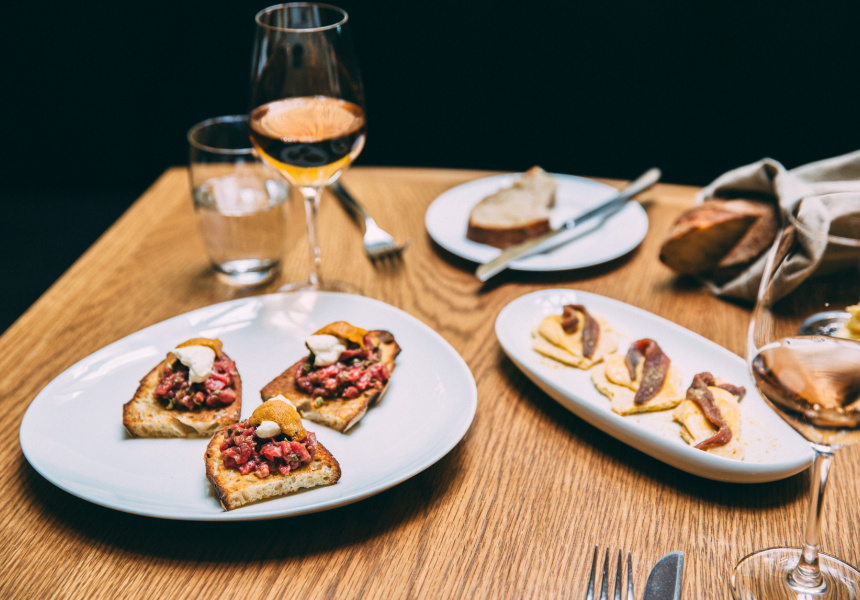 Dip your spoon into a bowl of bright-green sorrel sorbet, try jewel-like sea urchin laid on top of beef tartare, or surf clams with smoked butter and fermented corn. Not all at once of course, but Mark Best’s newly opened Pei Modern is to be dived into cutlery-first, hesitations second. You’ll find some of Australia’s most immaculate produce here, prepared with subtlety and finesse.

The respected chef and restaurateur opened the Sydney spin-off of Pei Modern Melbourne, which opened in 2012, just last week. Head chef Matt Germanchis, who has been heading up the Melbourne kitchen for the past two years, leads the seven-chef team.

Previously housing Hamish Ingham’s The Woods restaurant, the expansive, marble-clad lobby space of the Four Seasons Hotel on George Street has been re-imagined, pared back and opened up by architect Helen Rice. Behind the pass, a wood-fired oven blazes, filling the air with the soft scent of mallee wood charcoal and ironbark root. All Pei Modern’s bread is baked in this oven, lending it a slightly smoky character. Slow-cooked Milly Hill lamb shoulders with chamomile are given a run through this oven too, as are whole fleshy salmon tails with samphire and Holmbrae chicken with globe artichoke. Melbourne classics such as casarecce pasta with chicken dumplings and reggiano remain, and for those with a taste for salt, try the crumbly Parmesan shortbreads topped with a dollop of parmesan custard and a plump anchovy fillet.

Originally from Sydney, where his restaurant Marque has earned an exceptional reputation, opening Pei Modern in Sydney is something of a homecoming for the chef. “Sydney is my hometown and Marque has been here for 15 years now,” he says. “Pei is made up of the DNA of Marque, but it’s a fusion label, a more accessible restaurant.” Diners have jumped at the chance to secure a table, too. “The first night was meant to be our soft opening, and we did 135 covers, which is a testament to the team,” says Best. “We really hit the ground running.”

Cocktails sound fruity (rye and pineapple, for example) but are mixed short and sharp. Actually, it’s the dessert menu – Germanchis’ forte – that truly shines. A simple-sounding chocolate ganache tart with eucalyptus, whey caramel and clotted cream is presented as whisper-thin shards of dark, velvety tempered chocolate that melt on the tongue, with just a hint of cooling eucalyptus. Sorrel sorbet is topped with splinters of crunchy, toffee-coloured honeycomb. 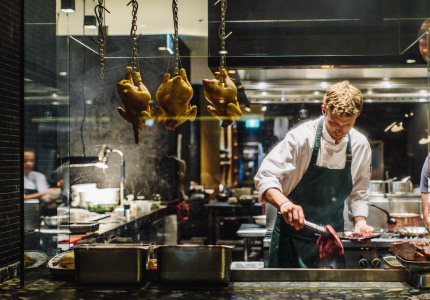