Wood Fired Up at Ester

Named for an organic compound, Ester is an understated eatery and bar turning out fabulous eats from a wood-fired oven. 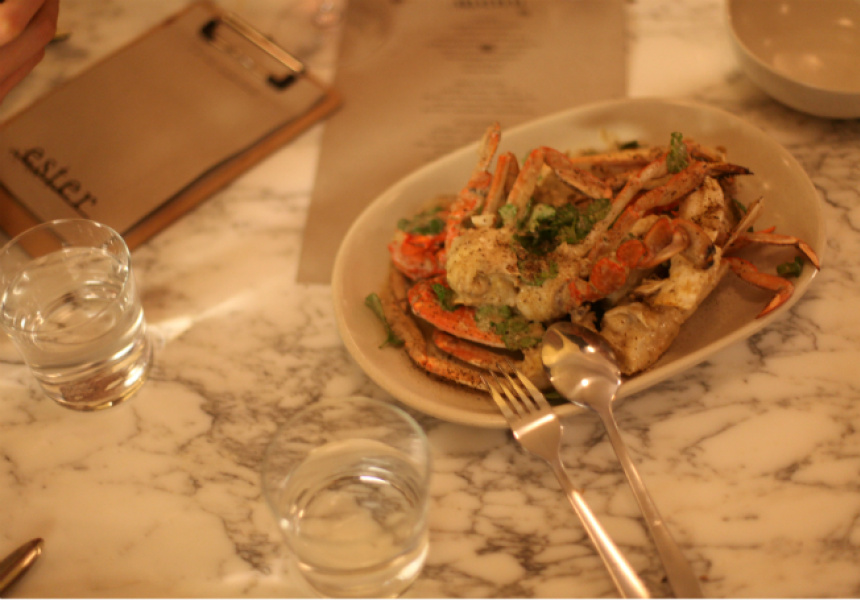 After a diabolical run for Sydney restaurants, it seems things are again on the up, with plenty of new eateries opening in and around the CBD. Ester in Chippendale is the latest venue on the cards, opening in late July and joining the push into a suburb where Freda’s, Brickfields and Little Queen have staked a claim. Niftily buried in the back avenues and just off Regent Street, this slick eatery is the work of Mat Lindsay, who was last seen at Vini’s 121BC.

The menu comprises a neat selection of snacks, small plates to share and larger items from the wood-fired oven. Try small blood sausage sandwiches, sardines on toast, pig’s tail with smoked oyster and cucumber, not to mention wood fired chicken, duck or lamb with various trimmings. The oysters are not to be missed – warmed through in the wood-fired oven until the heat opens the shell, they’re finished with a delicate horseradish mignonette.

The open kitchen brings warmth to the space, which is otherwise elegantly understated, dominated by dangling globe lamps and grey archways. The semi-industrial feel of the place (designed by Anthony Gill architects) is a nod to its past life as a basement car park. It has been nicely transformed with the simple interior an exercise in allowing the food to shine. In an area dominated by design offices and studios, it’s an aesthetic that won’t go unnoticed.

Drinks and snacks are available from office knock-off time, with a full menu from 6pm, so we predict that plenty of Chippendale business locals will be sticking around after dark and adding Ester to the list of places to while away the after-work hours. And the name? It’s an organic compound. Sounds like a sound proposition to us. 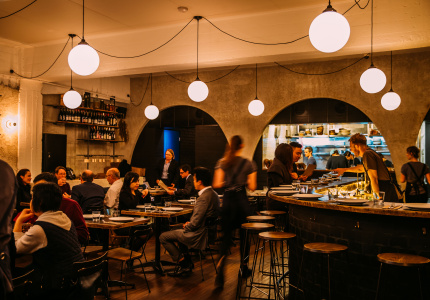