Wine All Mapped Out

Taste your way through an Italian wine region at 121BC every Monday night (for free). 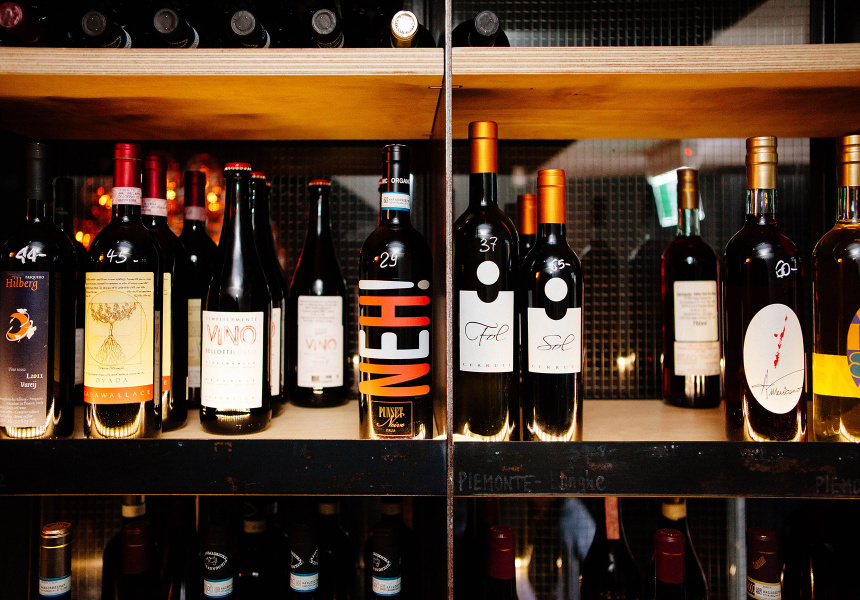 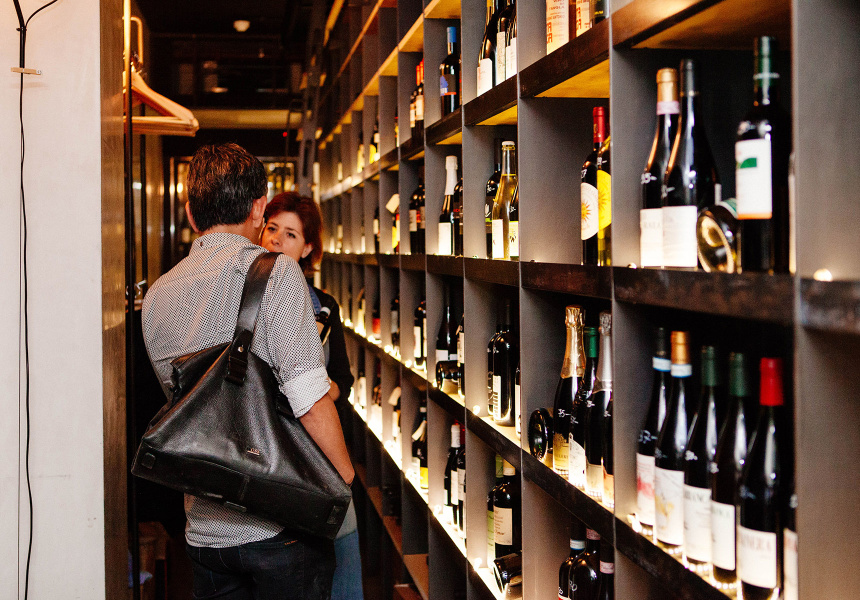 If you've got one go-to bottle of wine you always bring to a dinner party, it's time to try something a little more unusual. 121 BC, the tiny, dark wine bar perfectly at home in its Surry Hills lane, has a bottle shop along one wall. It’s a bit of a wine buff’s secret, and sells only Italian wines from small-scale producers using local grape varieties.

Although the wine bar and bottle shop are separate businesses, they work in tandem. “It also acts as a cellar for the bar. It’s temperature controlled at 15 degrees which keeps the wine in good condition and is a good temperature to open a bottle of red,” says Giorgio de Maria, 121BC’s gregarious general manager and sommelier.

Two hand-drawn maps decorate the walls, illustrating every wine region in Italy. The shop is organised by region, rather than by red and white, so you can taste your way through the country.

To help you learn what you like, 121BC is holding free wine tastings every Monday night until Christmas (and fortnightly next year), focusing on a particular region or grape. It’s a casual affair; you can drop in between 5.30pm and 8.30pm and try the whole list, or just a couple. The tastings are held by one of 121BC’s suppliers or by de Maria himself (he also runs an importing business). “The wines I import are all natural wines. Once you get used to drinking them, it’s hard to go back. They are much more digestible, you feel better not only the next day, but while you are eating, too,” he says.

The festive season calls for sparkling and de Maria has a few to recommend:

NV Drusian Prosecco di Valdobbiadene Extra Dry (grape: prosecco or glera)
The most common style, made using the charmat method (refermented in a tank instead of a bottle) in order to preserve aromatics. This one is crisp and, fresh, with green apple flavours. It’s fruit driven with sharp bubbles, good for spritz.

NV Gatti Prosecco Treviso (grape: prosecco)
This is the traditional way of making prosecco. Refermented in bottle and not disgorged. There are less bubbles and more more yeasty aromas. A great wine to have with salumi.

2013 Orsi San Vito Pignoletto Sui Lieviti (grape: pignoletto)
A pétillant naturel (which refers to an ancient method of sparkling-wine making, without the addition of sugar or yeast) from Bologna Hills, 20 minutes drive from the city. It’s citrus driven, refreshing, cloudy and savoury.

Wine tastings are held Monday evenings from 5.30–8.30pm until Christmas and fortnightly after that. Complimentary and no bookings required.