Wildflower: A New Standard for Beer

A beer from Marrickville is fermented with wild, native yeast. It tastes like nothing else. 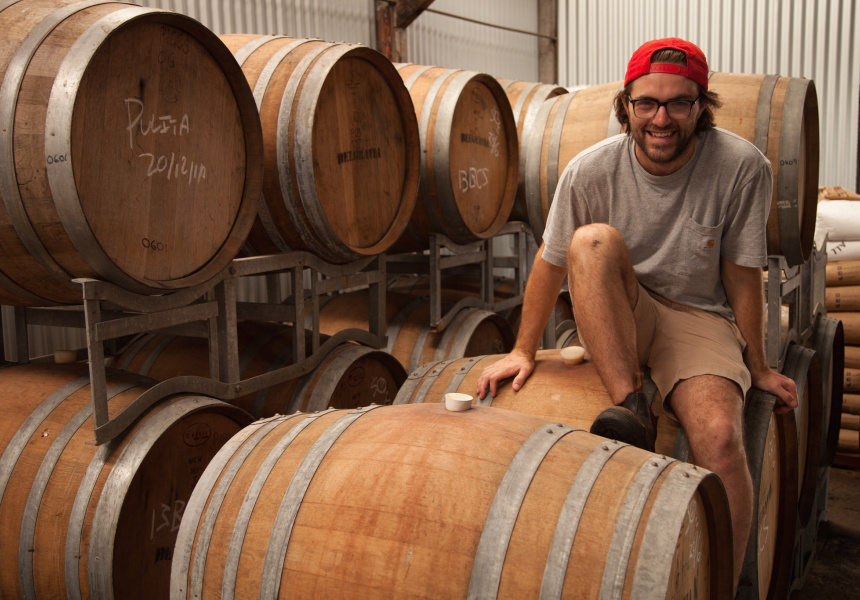 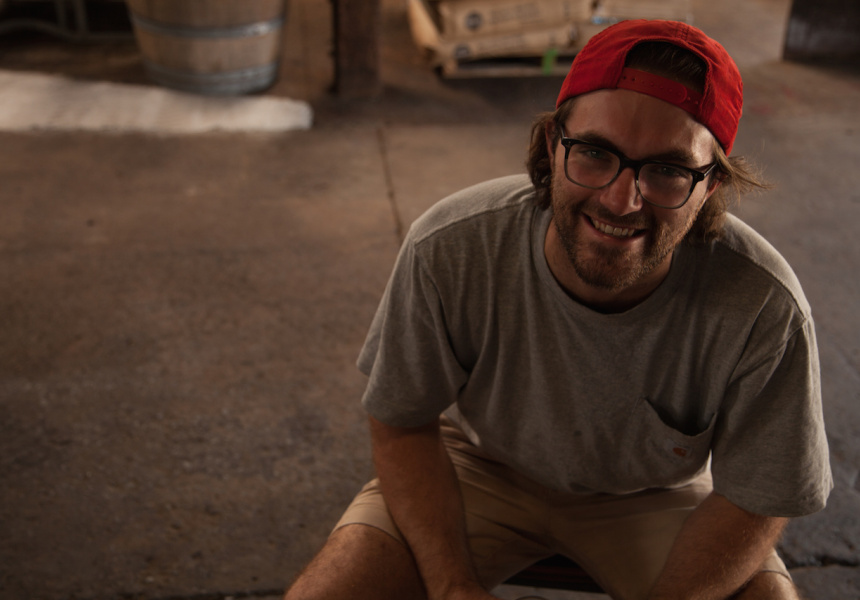 Wildflower might be the most in-demand and hard-to-find local beer in Sydney. Despite hitting shelves a week ago, it’s almost completely sold out. The only two places to reliably get the stuff is Automata and The Dolphin Hotel's Wine Room.

It’s unusual for a beer made in a small, grungy Marrickville warehouse to make it onto those menus; both venues, particularly The Dolphin, are about as fastidious in their drink choices as you can get. But Wildflower is special: it’s beer that doesn’t taste like conventional beer at all.

Brewers have three main ingredients they can use to generate flavour and aroma: hops, malt and yeast. Most makers rely on the two former ingredients. Wildflower's Topher Boehm (ex-Batch Brewery) is more interested in the latter.

All brewers rely on yeast to convert sugar into alcohol and create various flavour and aroma compounds along the way. Very few beer makers do it like Boehm does, though. Instead of using solely commercial yeast (lab isolated and propagated) to turn the sugar to alcohol, Boehm also collects and uses wild Australian yeast.

“The reason I got started on this whole path is I came here as a traveller and I saw all the fauna and flora as quite unique. I fell in love and thought to myself, ‘I wonder if the microflora [the community of microorganisms that live on plants] is just as diverse’.” Wildflower beers are all fermented using indigenous Australian yeast. “I source it from around New South Wales by doing spontaneous fermentations; by taking cuttings off trees when they’re blooming, [using] flowers, tree barks. Anywhere there is sugar, i.e. where bees are heading, there is yeast.”

He puts the cuttings in small batches of wort, what beer makers call unfermented beer. The yeast from the branches and flowers ferment the sugary liquid, giving the resulting beer unique and often complex flavours and aromas unattainable from commercial yeast.

It’s remarkable just how different wild fermentation beers are. Boehm’s are more like minimal-intervention wines than any beer on tap. One, called Gold, is crisp, tart, pineapple-like and without significant bitterness. Amber is a darker, funkier, grapefruit-and-pickle-like beer with a soft aroma and fermented spiciness. In Sydney’s beer scene they’re completely unique. More widely, the closet comparison is Two Metre Tall, a Tasmanian farmhouse beer that was served at Noma Australia. A beer from Texas (where Boehm is from), Jester King, was also an inspiration for Boehm.

Lots of folks here refer to the style as sour beer, but Boehm rejects that. “It makes it one thing – there's so many different styles. This is far more tart than most beers, but there's also an element that's quite fresh.” He prefers “Australian wild ales”, a name more representative of what they are, but which doesn’t exactly make obvious how different they taste.

Considering how immensely popular Boehm’s first batch was, why aren’t more people making it? It’s difficult. You need specialised equipment (a wide, shallow tank to prevent pressure – the enemy of yeast-led aroma production – and oak barrels to encourage micro-oxidisation to help fermentation) and you’re constantly at risk of your beer turning into vinegar.

Then there’s the consistency problem. “Let's say we have 100 known pure cultures and 100 different characteristics you can get [from commercially available yeast]. When you use wild yeast there's no documentation of what it's going to taste like,” Boehm says. “Maybe only one in five of the [wild] captures were worth using. Some produced ethyl acetate, which is nail-polish remover, or acetic acid, which is vinegar.”

Some finished barrels taste like Band-Aids and others are something truly special. The good ones get bottled or fed to Boehm’s ever-evolving culture of indigenous bacteria. With every new addition the mother culture changes, and therefore so does each new batch of beer. In order to have some kind of consistency, Boehm creates blends. “Each blend is a mixture of multiple batches of one that's two weeks old, one that's two months old, one that's a year old.” It’s like painting he says – each barrel contains a different colour, together they can combine to become Amber or Gold.

Wildflower’s next release, and every one after that, will have a different character. But Gold will still be Gold, and Amber will still be Amber.

Wildflower is available in specialised bottle shops, select bars and restaurants or online at wildflowerbeer.com. Wildflower’s Marrickville brewery will be opening to the public in late May.