Why The Lockout Laws Are Being Dropped for the Olympics

Jonathan Seidler uncovers the email trail between the premier and his deputy. 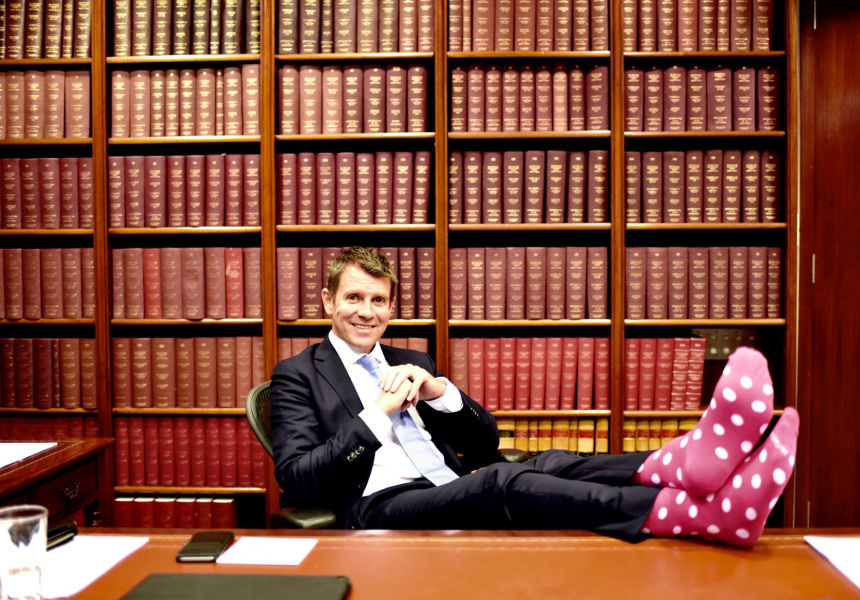 A similar exemption will also apply for this year’s NRL Grand Final.

There are reasonable questions to be asked about why the NSW government considers sporting events more deserving of lockout exemptions than other cultural events. In fact, it’s hard to fathom how the decision occurred at all. But writer Jonathan Seidler has tried …

Aware you’ve been dealing with some high-level stuff lately, but I think it’s time we look at this lockouts bizzo again.

Our social-media guy (you know, Karen’s son) showed me some Facebook comments yesterday and it looks like the kids are still really pissed off about not being able to buy a bottle of shiraz after 10pm.

In the interest of trying to temporarily appease them, maybe we should open pubs and liquor stores late the next time a “cool” band is in town.

He played me a song and they sound bloody awful, but apparently they’re very popular with inner-city types.

Should we think about a temporary exemption for that weekend?

Cheers for getting on top of this. Who knew social media was so hard? I would not want Karen’s son’s job.

Regarding your exemptions idea, I think it’s a goer.

But forget bands. You know what the public loves?

This is why they pay you the big bucks!

Everyone loves sport. Even people in Surry Hills like sport.

How about we keep the lockout zones open for a few more hours if something good is on, you know?

Now, we have to be careful we don’t give them too much rope, so I reckon we limit it to the events we might actually win a medal in. Basketball, footy, that sort of thing.

Did I tell you you’re a genius?

See what I did there?

Was thinking, we should also do something for people outside the CBD. They’re still copping flak about the whole Tropfest move to Parramatta, the poor buggers.

For the big stuff on this weekend, let ‘em go wild. Open the bars on Rio time, at 4am. Let’s see if anyone wants a beer then, right?

Get Karen’s son to come up with some Instagram posts for me about how sport brings this city together.

Thanks for getting back to me so late in the evening; I know you have to be up early to go surfing with Tony.

Chatted to Karen’s son about your post. He said anything around lockouts is still a bit sensitive, and said it was best for us to pitch it like this: “You might not be in Rio, but getting down to your local with some friends and cheering on our Aussie heroes is the next best thing.”

Do you want me to draft it up with that photo of you holding a football from last year?

I just had a brainwave while I was trying to sleep.

In October I reckon we do it again for the NRL Grand Final. Throw open the doors to every pub for as long as the people want; let everyone remember why they love this great city.

That’s a fucking brilliant idea! Let’s hope your Eagles get up.

I’ll add it into the press release tomorrow. It’s way past both of our bedtimes now.

I reckon this will all be an easy win that will distract everyone while we have that catch-up with Callinan about that pesky Liqour Review.

PS. I still have to book that in. How does Café Sydney sound?

This is (obviously) a piece of satire. Broadsheet has no access to government emails.