In a flavour match that seems as right as salt and caramel, last week Griffin Jerky tried something new, making a batch of bourbon infused beef jerky with a bottle of Bulleit rye whiskey. Here’s the recipe. 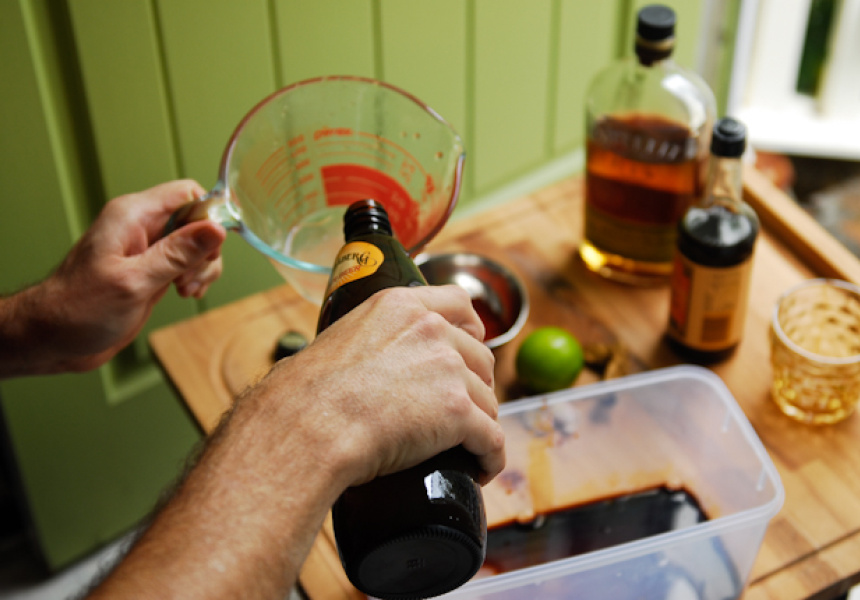 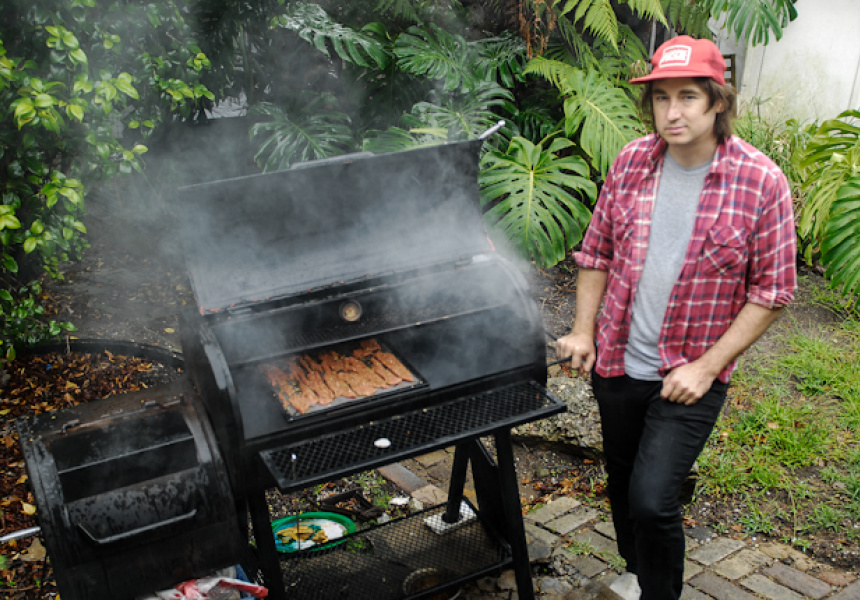 “If you take out the salt, then it’s really just a cocktail,” says Brent Griffin of Griffin Jerky about the marinade used to create his Bulleit Rye Whiskey-infused jerky.

At his home in Brooklyn, on the outskirts of Sydney, Griffin has been experimenting with whiskey and beef to great the right flavours for his whiskey jerky match. He then brought in more ingredients to round out the flavour of the final product.

“The middle range of that rye whiskey taste is really nice,” he says. “You want to smooth out that edge, so I added ginger beer for sweetness and lime at the end.”

To pair with the jerky, Griffin suggests a Bulleit Rye Whiskey served neat or on the rocks, or a Rye and Dry made using ingredients that echo the flavours of the jerky marinade – mix two shots of Bulleit Rye Whiskey, five shots of dry ginger ale and a squeeze of fresh lime, and serve in a highball glass over ice.

“Having the jerky with a rye whiskey drink or cocktail means you have that flavour going throughout; it makes perfect sense,” he says.

Do try this one at home.

Method
• Chop the beef into chunks and place in a container in the freezer. Keep the beef in the freezer until slightly frozen but still just pliable. This will make it easier to slice later on. While the meat is chilling, make the marinade.

• Remove beef from the freezer and trim the fat off the meat. It’s important to get all the fat off the edges, as fat will decrease the shelf life of the jerky significantly.

• Slice the beef into 6mm-thick slices. Consistency will help with the drying process.

• Coat the beef in the marinade and leave to marinate in the fridge for anywhere between two and 24 hours. Marinating the beef for six hours is ideal because the lime juice will start to soften the meat quite quickly.

• When finished marinating, remove the beef from marinade and sprinkle over some coarse pepper.

• You can dry the meat using a dehydrator or oven. Fire up your appliance of choice to 68 degrees, or as close as possible if you’re using an oven. You want to get the meat to an internal temperature of 68 degrees to kill off any germs, but you don't want to cook it. If you have one, use an oven thermometer to check the temperature of your appliance.

DEHYDRATOR - Place the beef slices on your dehydrator racks with some space in between each slice. Place in the dehydrator and leave to dry for an hour.

OVEN – Place beef slices on a stainless steel cake rack with some space in between each slice. Place in the oven and leave to dry for an hour. You want to dry the meat, not cook it, so leave the oven door slightly open. You can put a wooden spoon in the door to keep it ajar.

• Now leave the beef in your dehydrator or oven and run it until it’s dry. If you can decrease the temperature, do it. If not, you'll still have great jerky in about 5 hours depending on the humidity of your cooking space.

• To check if the jerky is ready, take a slice and bend it. If it starts to crack and isn't too rubbery, then it's done. You want to take it out before it snaps, as it will harden more as it cools.

• Let the jerky cool to room temperature and place it in a glass jar or a sealable sandwich bag. Store it in a cool, dry place out of direct sunlight. The jerky will keep for a month.