Where to Find and Pick Wild Olives in Sydney

The artist, forager and naturalist Diego Bonetto tells us where to find free olives. 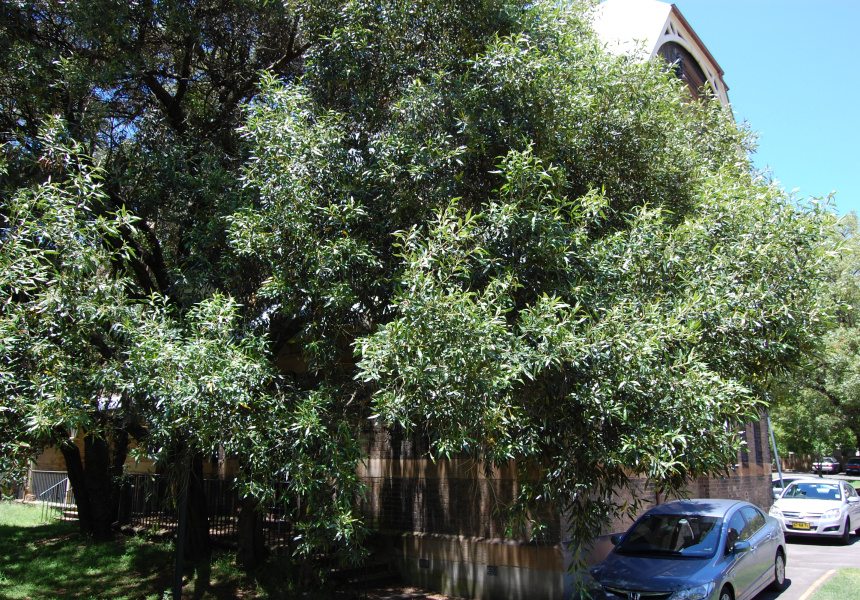 There’s a serious weed in greater Sydney, but instead of cursing its spread, make use of it. African olives, or Olea europaea, subspecies cuspidata was first introduced to Australia in the early 1800s as a fast-growing little-effort hedge plant. It’s a small tree that grows up to 10 metres tall. Boy, it went wild.

It now covers extensive areas of the Sydney Basin and has been declared a priority species to be controlled on both government and private land.

This is a delicious plant, closely related to the commercial olive; it carries the same characteristics. The main issue here is size; these trees were never bred for big fruits. Yet the fruit is rich in edible, non-drying oil that is used in salads and cooking and, because of its distinct flavour, is considered a condiment. The fully ripened berries are edible; the darker the berry, the sweeter it gets. You can pick the green berries and brine them to remove the bitterness (like you do with traditional olives).

One of the best uses I’ve heard of is by Trolley'd, a local mobile bar, who harvest the fruit to make a tincture for Dirty Martinis. Now that's a good way to deal with the spread.

I think the biggest missed opportunity here is in the foliage, though. In traditional medicine olive leaf extract is prized for its antiseptic, astringent, febrifuge and sedative qualities, and scientific studies have demonstrated antimicrobial effects. Some research has also suggested that olive leaf extract can reduce hypertension. Experimentally, they have been shown to decrease blood sugar levels.

Talk to any wood turner and they will tell you how much they'd like to put their hands on a good sized piece of African Olive timber, because it is very hard, heavy, beautifully grained and is slightly fragrant.

A tip on finding the plants: a distinctive feature is in the leaf. The very tip of it has a tiny “hook”. Get hooked on the olives, I say. I'm sure there's a marketing campaign right there.

Plants have been found in Zetland, Newtown, Marrickville and Lilyfield. Check out Wild Food Map for locations. Try the little black olives in season now, and you'll be surprised.