When is a Restaurant Racist?

The issue of cultural appropriation in food culture is complex, and best served with a side of respect. 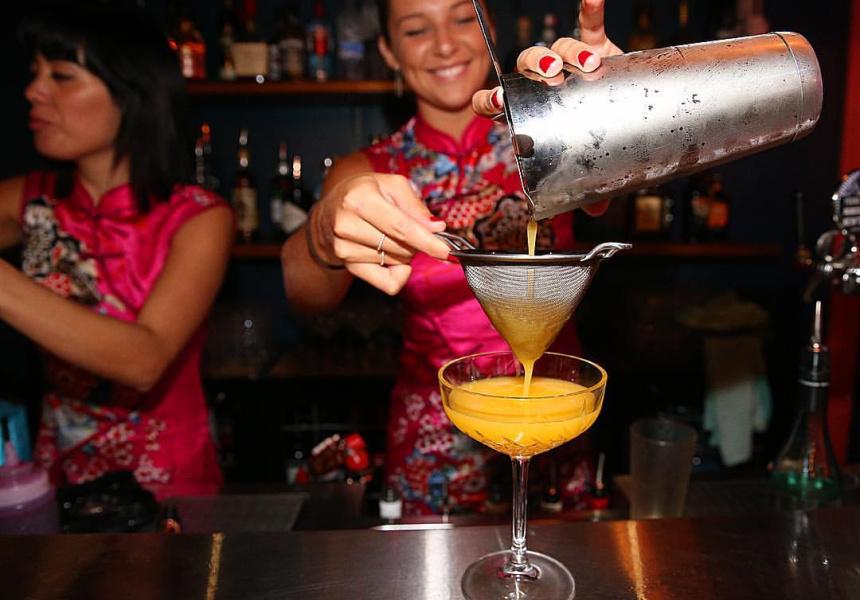 Surry Hills bar Suey Sins was slammed in the media last month after selling itself with a “sexy pre-war Shanghai” theme. Run by 25-year-old Eli West, Suey Sins sparked a furore with a press release in which it claimed to have taken its name from a 1920s Shanghai call girl.

“I love the idea of this seductive, alluring woman who had old-world charm and poise but also knew exactly what she wanted and how to get it,” West said in a press release at the time.

The idea didn’t get the response she was angling for. Instead, the bar was criticised for its name and for dressing predominantly white staff in thigh-skimming versions of traditional Chinese qipaos paired with white sneakers. It was also criticised for featuring an image of famed Chinese actress Anna May Wong.

“Asian fusion is what we are,” she says. “Our menu is a blend of everything: vermicelli, baos, mi goreng spring rolls.”

Asked whether Instagram posts such as “MEE-so hungry MEE-goreng” were racist, West says we basically need to chill out. “We should celebrate our multicultural society… I think everyone should take it with a bit of humour.”

Respecting other culinary cultures can be as simple as taking the time to understand them, says Professor Barbara Santich from the University of Adelaide. Specialising in food culture and history, Prof. Santich says there is an important difference between cultural appropriation (or misappropriation) and racism.

“In a restaurant, cultural appropriation is taking a component of one culinary culture, like hummus, and pairing it with something else, like a rack of lamb,” she explains.

“Race is a different thing. Racism generally has an element of hate or mocking behind it.”

By this definition, Potts Point cafe Mug Life could be accused of appropriating American thug or gang culture.

Diners are met by large murals of Tupac and Biggie Smalls, both killed in gang warfare. Owner Geoff Bannister says the possibility of causing offence never occurred to him.

“We definitely don’t believe our business name or the murals could be interpreted as disrespectful,” he says, noting this is the first time he’s been quizzed on the topic.

Melbourne’s Fried and Tasty last year came under fire for using a similar Biggie mural to flog a dish generally agreed to have originated in the slave lands of America’s south – fried chicken.

You have to wonder whether owner John Ioannou considered the history of the dish when plastering retro images of white families with guns on the walls of his restaurant. Similarly, African American writer Mikki Kendall points out that white Beyoncé fans who sing along to the lyric “I got hot sauce in my bag” probably don’t realise that black people often carried the condiment because they were forced to eat their food outside restaurants.

A problem clearly arises when the privileged exploit or mock the oppressed to make money. Brisbane restaurant British Colonial Co. was roasted for making light of colonialism last year, while Fried and Tasty added the title “Notorious F.A.T” to its Biggie mural and superimposed a chicken drumstick into the late rapper’s hand for good measure.

Ioannou responded to the criticism on Facebook by announcing he would remove most of the images – but not Biggie.

"Biggie Smalls is part of our restaurant and we want him to stay," he said.

Mike Eggert of Chinese restaurants Pinbone and Good Luck Pinbone says borrowing from other cultures is hugely important and “completely respectful” most of the time. “You can’t tell people to not cook Chinese food if they’re not Chinese,” says Eggert, who is not Chinese.

“So many kitchens are multicultural and it does such a great deal of good.”

Biggie Smalls imagery again dominates Sydney’s new “soul food” restaurant The Carter, where you can order “Barack Obama Fried Chicken”; it comes with waffles and watermelon. The website features the tagline: “And if you don’t know, now you know…” (10 points for guessing the missing word). Broadsheet contacted The Carter for comment but didn’t hear back by the time of publication.

Professor Santich says the best thing to do is borrow “with full knowledge of why and how that dish came to be”. “Some of the recipes on [major food websites] combine elements with no idea of their history and possibly without respect,” she says.

A note to would-be restaurateurs: do your research. 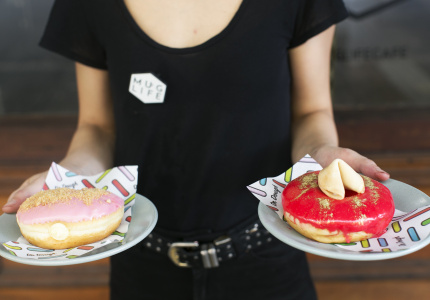 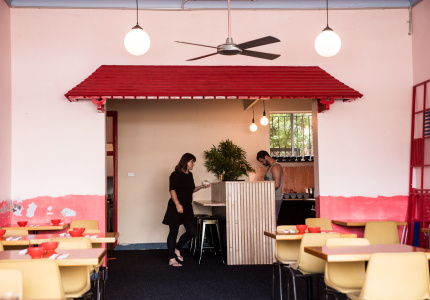