What to Eat at Hawker Lane 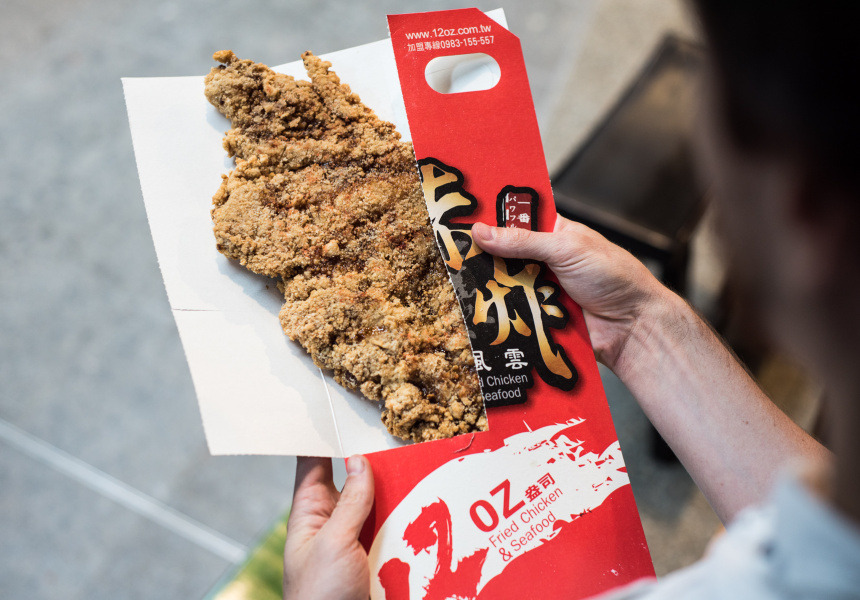 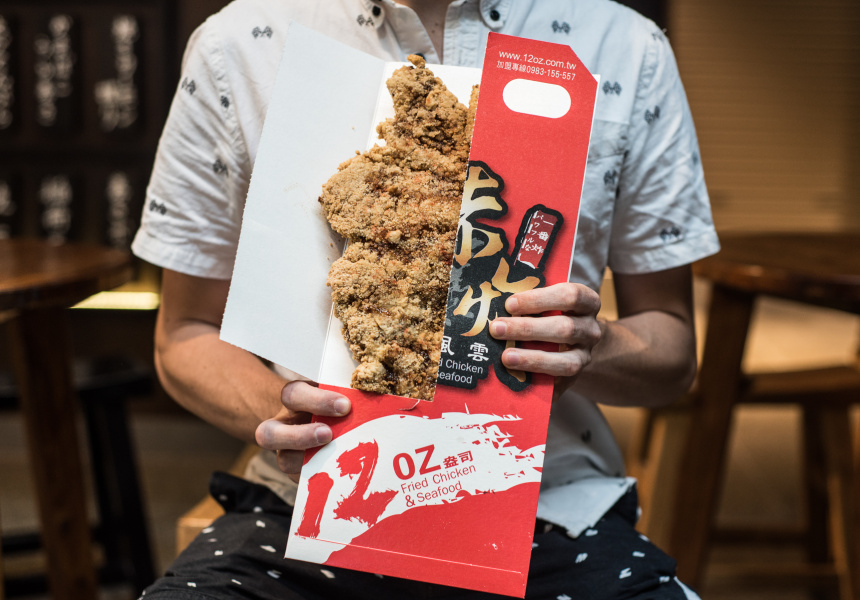 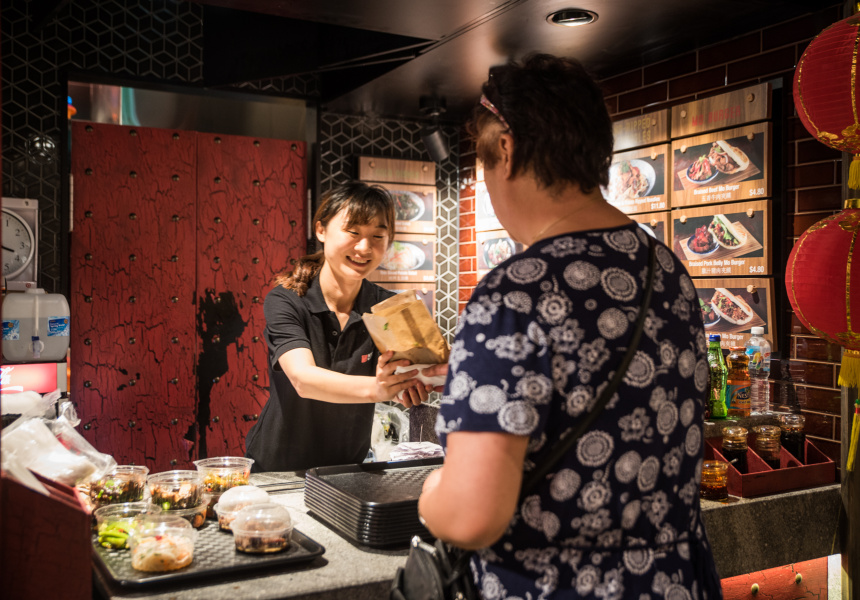 Is there anything in the food world as exciting – but at the same time completely debilitating – as a food court? You could find the best cheap meal you’ve eaten in months, while just next door could be serves of overcooked, uninspired disappointments. To increase enjoyment and reduce anxiety, we’ll be providing guides to food-court decision-making. First up, Hawker Lane in Chatswood.

Chachu's – saffron roasted chicken
With the overload of street-food spruikers, it’s becoming hard to tell what street food actually means. Chachu's brings it back to the literal meaning: food that is served and eaten on the side of the road. Its speciality is the kati roll; marinated and roasted meat wrapped in a griddle-cooked paratha. Previously it has only been served in Sydney in the form of a naan-and-chicken-tikka bastardisation, but Chachu’s serves the real, northern-Indian deal.

Noodle Warriors – pork mo burger
Mo burgers are to Shaanxi (a north-western Chinese province) what kebabs are to Sydney; an unpretentious snack that becomes suddenly attractive and necessary after a few drinks. Like kebabs, the enjoyment is in simplicity and heartiness. Rou jia mo, the real name, translates to “meat sandwich”. It is a toasted wheat bun filled with deliciously fatty, spiced meat.

Lamb & Cumin – the skewers
Lamb & Cumin’s owner, Raymond Hu, grew up in Xinjiang. Although he came to Australia at a young age, he still has memories of the aromas and flavours of Xinjiang’s favourite snack, charcoal-roasted skewers. His Chatswood stall serves a range of roasted meats focused on Xinjiang’s most common one: lamb spiced generously with cumin. Since opening it has toned down the previously heavy spice levels for Western folk, so ask for more if you want it Xinjiang style.

Mao Cai – mao cai
These guys run Spicy Sichuan in Glebe, a restaurant known for having an intimidating ordering system, a wholly Chinese clientele and some bloody good, but fairly spicy, food. Mao Cai has one very big and rather intense Sichuan hot pot. In Sichuan they’re served personalised with whatever you like, but Mao Cai makes things simple and just chucks a bunch of things in there for you.

Cheers Cut – crispy chicken
The Taiwanese war for fried-chicken supremacy has come to Sydney. Hot Star took the first round by winning the market with its enormous slabs, but now Cheers Cut has joined the fray. Like Hot Star, it specialises in outrageously large hunks of fried chicken. Its version is slightly sweeter and less salty than Hot Star’s, but no less addictive.

Nahm Jimm – kor moo yang with khao neow
Nahm Jimm serves food from Thailand’s north. That’s a lot of grilled meat, spices, sticky rice and smokiness from the use of ground and roasted rice. The best way to experience this in Chatswood is with Nahm Jimm’s succulent kor moo yang (marinated and chargrilled pork neck) with a serving of khao neow (sticky rice).

madame nhu – phở đặc biệt
Since opening as Xage in 2009, Madame Nhu has built a reputation for serving great pho. Her self-proclaimed speciality is the phở đặc biệt, a massive serving of three cuts of Tasmanian beef and giant hunks of tender beef balls. The broth itself is a southern-style, eight-hour brew, subtle but not lacking punch.

Aqua S – anything
It’s the darling of Instagram and a pit stop for CBD chefs. The outrageously popular soft servery, although not technically within the walls of Hawker Lane (just outside it), is easily your best and prettiest dessert option after stuffing your face with all of the above. Like the Regent Place stall, all the trimmings: fairy floss, popping candy, grilled marshmallows and popcorn, are here to make eating more Instagrammable.