Welcome to the House of Crabs

Drink 'n' Dine’s newest opening, House of Crabs, sits atop The Norfolk hotel in Redfern, serving up a southern seafood boil. Time to get your hands dirty. 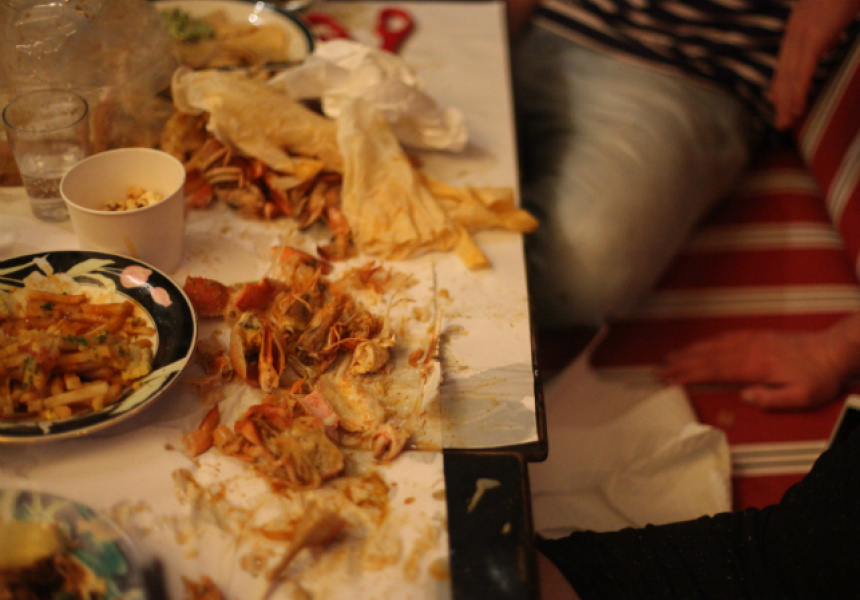 Gone are the pool tables and graffiti covered walls of yesteryear upstairs at The Norfolk. The hotel’s former function space has given way to House of Crabs, hospitality group Drink 'n' Dine’s newest venture, born from extensive research deep inside the seafood shacks of the USA.

“The Norfolk is three years old now, so we thought we’d do something other than just repainting it,” says Drink 'n' Dine's Jaime Wirth, sitting down to a dinner of snow crab in a Cajun sauce, fries with corn and lobster gravy, lobster rolls, yabbies in Mexican sauce and smoked octopus tacos with us on the restaurant’s opening night. “Queenie’s upstairs at The Forresters was opened using the same format - a separate restaurant upstairs at the pub - and it seemed to work, so we thought we should do something up here,” says Wirth.

House of Crabs is a smart, original reimagining of the space, which beforehand wasn’t really living up to its potential. “This used to be two offices and our function room,” says Wirth. “A function space is cool when you have a function on, but when you don’t have anything going on, you have this huge empty room.”

A giant red papier maché crab mounted on the wall greets you with a woozy expression as you ascend the stairs from The Norfolk’s bar. The space is an unrecognisable version of its former self, decorated in the same kitschy, overwhelming style (dialled up to a fantastic 10) that all Drink ‘n’ Dine venues are known for. Brightly painted fishing nets, buoys and lobster traps are hung from the ceiling, all lit with coloured lights, and drinks are served from the bar toward the back, hammered together to look like a bulbous wooden ship.

One of the only spots in Sydney to offer real American seafood boil, (and the only Australian importer of Budweiser cans) the menu, led by executive chef Jaime Thomas, offers a choice of shellfish, including South Australian mussels, little neck clams, Queensland prawns, blue, spanner and king crabs, plus specials like snow crab or yabbies, depending on market availability. Once you’ve made that nail-biting decision, you’re faced with a choice of four sauces – Cajun, Mexican, Oriental or lemon pepper. Paper bibs are tied around necks, the table is lined with butcher’s paper and plastic gloves are best donned before bags of saucy, juicy shellfish arrive at the table alongside a basket of sweet white bread ready for dipping. It’s not a dainty affair, and that’s half the fun. Prawn juice and shards of shell litter the table, your fingers, and most likely your dining partner. If there was anywhere to break the ice of a first date, this is your spot. Nothing spells love at first sight like a face covered in seafood sauce.

While those in the USA enjoy a bounty of cheap, accessible seafood, it’s no secret that the price of that available here is several rungs higher on the price scale. “A lobster tail in America is about $5, and a lobster tail in Australia is about $26; that’s the price difference,” says Wirth. “So we’ve just tried to make it as reasonable as we can.” Prices aren’t hiked up with huge mark-ups at House of Crabs, but as Wirth says, “If you come here with four people and have a good crack at it, you’ll spend $40-$50 a head.” Cocktails are uncomplicated and tasty. A frothy pineapple sour or an apricot cobbler highball are terrific foils to the richness of the boil and if you can fit it in, a neapolitan ice cream waffle sandwich with raspberry sauce, peanuts and chocolate will take you back to your childhood milk bar days.

“We didn’t want to just do something fancy upstairs,” says Wirth, “we wanted to do something different.” He’s nailed it. Just one piece of advice; wear the gloves. 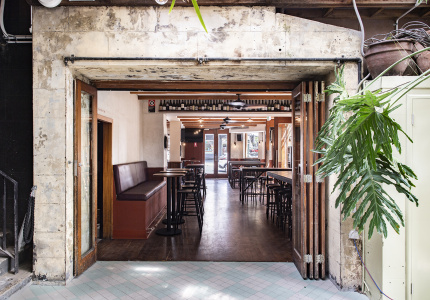