Order coffee, a sandwich or breakfast at Heart Cafe and help unemployed youth. 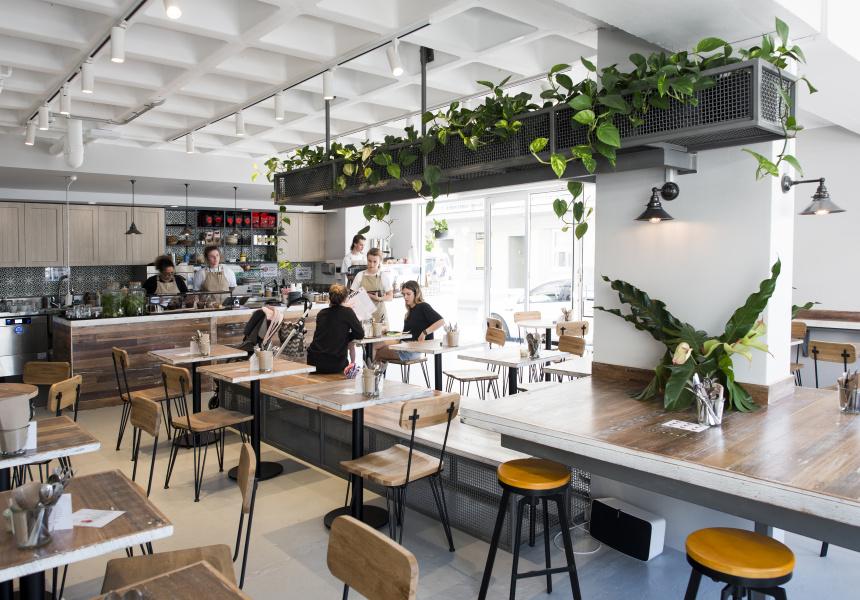 Heavy issues such as youth unemployment aren’t front of mind when trying a new cafe, but if you order a flat white or the twice-cooked pork belly at Heart Cafe in Bondi, you’ll be helping disadvantaged young people while also having a good feed.

Heart is part of Wayside’s Wingspan program, an initiative that gives disadvantaged youth the support and training to get into the workforce and stay there.

“One of the biggest barriers youth face is unemployment,” says Jon Owen, CEO of Wayside Chapel, an organisation that has been providing care and support for people on and around the streets of Kings Cross since 1964. “It’s one thing to get into a job, but it’s another to survive week three when you’re having problems with the boss.”

The program works with kids aged 17 to 25, some of whom will secure one of the coveted spots working at the cafe for 12 months. They might be in the kitchen or front of house, and each person has a mentor in Wingspan.

“Intergenerational unemployment comes about because of a lack of role models. In my previous work, I’d see four generations of family members, none of whom had held a job for longer than two or three months,” says Owen. “With Wingspan we’re making sure kids’ yesterday doesn’t condemn their tomorrow.”

Owen knows that for a cafe to survive in a fickle Sydney market, a heartwarming message isn’t enough. The food has to be outstanding. “This is real employment, not a sheltered workshop,” he says.

The menu is full of fresh dishes that stand up well next to Bondi’s myriad cafes. Some menu items, such as the Middle Eastern breakfast, are slightly overcomplicated with too many things on one plate, but each of the elements is tasty – the smoky baba ganoush, and a tangy ezme (Turkish salsa) in particular, which is the perfect foil to the pan-fried haloumi and poached eggs.

The chewy rolls are simple and successful – with the chorizo, rocket and vibrant green chimichurri that’s the perfect balance of fresh and delectably fatty.

Heart Cafe is a nice place to settle. It’s set back from the tourist hustle of Campbell Parade and the timber, hanging greenery and natural light create a serene space. It’s also a window into a different Bondi. Wayside is next door, the police station is across the road and all walks of life make their way past the picture windows.

It’s not only a nice place to be, but the mission permeates every aspect of this friendly neighbourhood business. “These kids are getting skills for a season of life, but really we’re wrapping them in the love and support they need to move their feet towards their destiny,” Owen says.