On the menu is a Chinese “lamington” made with a mix of Asian spices, including Sichuan peppercorn in the jam. 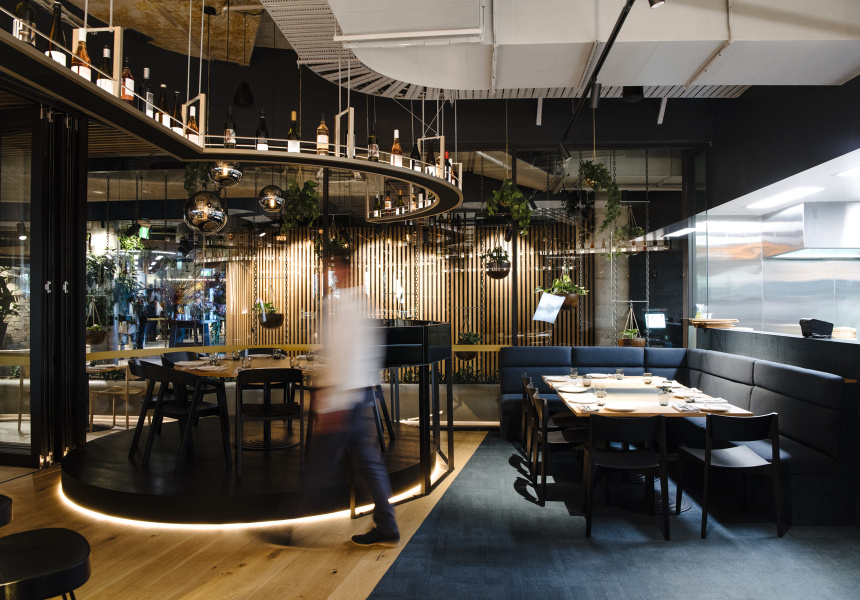 “We’re bringing Asia to Freshwater,” says Jason Chan, head chef of WaterDragon, one the new restaurants to open in the dining precinct of the redeveloped Harbord Diggers.

The restaurant’s name refers to the zodiac year – 1952 – in which the “diggers” were granted land rights to where Harbord Diggers is located today, a pretty spot not too far from the cliffs and beaches of Freshwater and Curl Curl.

The venue has been designed to look like a water dragon: an oval brass bar able to seat 18 to represent the mouth; semi-private circular dining areas for the eyes; an open kitchen for the brain; and a spiring wine rack that hangs above the restaurant for the body and tail.

The kitchen doesn’t specialise in one particular Asian cuisine – it draws on Chinese, Thai, Laos, Korean and Japanese flavours. It’s partly because Chan wanted to showcase the skills he has picked up over the years working in various kitchens, including most recently with Merivale’s Queen Chow, El Loco and Papi Chulo.

“The WaterDragon menu is a bit of everything I’ve worked on – where I first started to my last gig with Merivale,” he says.

For mains, Chan serves his take on char siu (Chinese barbeque pork). He uses dry-aged loin of kurobuta pork on the bone and marinated in honey sauce. “It’s still traditional flavours but with a bit of excitement,” Chan says.

For dessert, seek out Chan’s creation – the Chinese “lamington”. It’s made with a mix of Asian spices, including Sichuan peppercorn used in the jam, and instead of coconut flakes he uses pandan-flavoured kaya (Malaysian jam made with coconut milk, eggs and caramel jam). The kitchen also makes a refreshing mango pudding with coconut sorbet.

This article first appeared on Broadsheet on July 10, 2018. Menu items may have changed since publication.